Three Years Ago, a 9/11 Fireman's Kids Brought ‘Shark Tank' Stars to Tears. Now, They're Carrying on His Entrepreneurial Legacy

Kaley Young knows her late father "would be so proud" of her and her two younger siblings.

Three years ago, they brought his business dreams to life by landing a life-changing investment in his invention from the stars of ABC's "Shark Tank." Their emotional pitch provoked tears from multiple Shark investors, as they touted the Cup Board Pro, a bamboo cutting board their father had invented and hoped to pitch himself before he died just three months before the episode's taping.

At age 53, Keith Young died from cancer stemming from his time as a New York City firefighter, cleaning up the wreckage in lower Manhattan after September 11, 2001. The Sharks invested $100,000 in exchange for a 20% stake in the family business, and pledged to donate all of their proceeds from that stake to charities associated with the New York City Fire Department.

Then, Shark Daymond John helped the siblings land an exclusive licensing deal with housewares retail giant Williams-Sonoma that has placed their father's invention in more than 600 stores across the United States. Williams-Sonoma handles manufacturing and distribution of the cutting board, which features an attachable, collapsible plastic tray and strategically placed grooves for kitchen cleanup, while the siblings co-own the brand and help market the product. 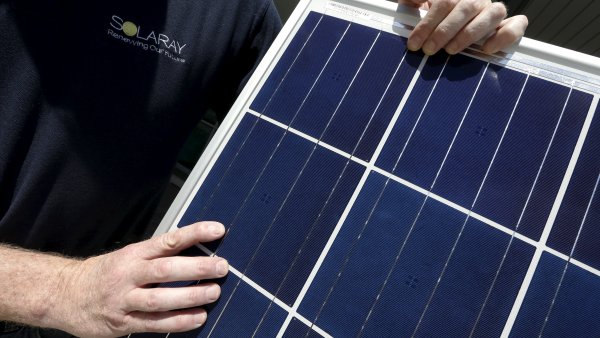 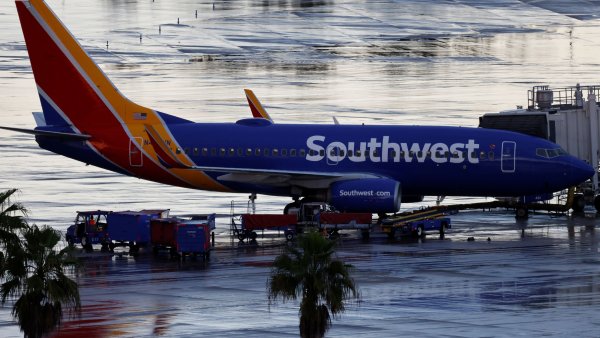 Now, Kaley Young says, the nature of that licensing deal has given her and her siblings the freedom to pursue their own educations and careers, while still remaining both emotionally and financially connected to their father's creation. It is, one might say, his final gift to them — an enduring legacy.

The siblings "can all still focus on our own dreams while running [Cup Board Pro]," the 28-year-old tells CNBC Make It.

For her, that means running the New York City-based interior design business she launched last year. Her brother Christian, 24, is a veterinarian's assistant at an animal hospital. And her sister Keira, 18, recently started college as a freshman.

As an entrepreneur, Young has particularly followed in her parents' footsteps. She attributes her business ambitions to growing up around her parents: She says she helped her mother manage a Pilates studio in Long Island as a teenager, while helping both parents create websites for their businesses.

"I always had that entrepreneurial spirit because of them," she says.

In the months after her father died, Young spent time reaching out to his manufacturing contacts, to figure out how to turn Cup Board Pro into a full-fledged business. After "Shark Tank," Shark Matt Higgins also put Young in touch with marketing professionals to help build out Cup Board Pro's website.

That would have been a lot for any fledgling entrepreneur to handle, let alone one who just lost her father — but Young was dealing with an even heavier emotional burden.

For six years, she'd already been running her mother's Pilates studio on her own, taking over as a teenager after her mother died from breast cancer. She was also taking interior design classes at New York's Fashion Institute of Technology. And after her father's death, she was serving as the legal guardian to her two younger siblings.

"There was just a lot going on," Young says. "But I was fully committed, ready to do whatever we needed to do to make all of my dad's dreams come true."

At first, Young thought that meant keeping the business running herself. But then, she and her siblings found themselves struggling to keep up with demand.

Before their father passed away, he had commissioned 2,000 units of his cutting board from a manufacturer, selling a few hundred of them online while making his "Shark Tank" audition tape. After the siblings told his story on television, that initial run of boards sold out "within minutes," Young says. The siblings received an additional 100,000-plus emails from customers wanting to buy the Cup Board Pro.

"It was crazy. Our email system just blew up with waitlist orders," Young says.

The Williams-Sonoma deal, then, was well-timed. Young says her dad had talked about getting his cutting board onto Williams-Sonoma's shelves, so it "felt like it was a sign from above that it was just meant to be."

The siblings and Williams-Sonoma both declined to release sales figures for the cutting board, which retails at $69.95 in Williams-Sonoma stores nationwide. But Young notes that those brick-and-mortar locations typically feature displays of the Cup Board Pro, and adds that online orders often come from international customers in Australia, Asia and Europe, likely due to the global viewership of "Shark Tank."

"It's definitely exceeded my own dreams," she says.

'He was the best person'

On Saturday, when the world is looking back on the September 11 attacks for the tragedy's 20th anniversary, Young and her siblings will be thinking about their late father.

"I will never forget that day — I was in the third grade — and my dad picking me up from school," she says.

At the time, her dad worked at the FDNY's Ladder 56 firehouse in Brooklyn. When he saw the World Trade Center towers collapse on television, he picked Young up from school and took his children to get ice cream before saying he loved them, and that he had to go to work.

In the days following the attack, he spent hours at Ground Zero in lower Manhattan, sorting through the wreckage. He spent nearly two decades as a firefighter before his 2016 diagnosis of a form of soft tissue cancer associated with 9/11 first-responders, due to the large amounts of fumes and dust they inhaled.

In the years since, the siblings have raised more than $44,000 through a 2018 GoFundMe campaign for Fired Up for a Cure, the FDNY Foundation's nonprofit cancer awareness and prevention program for 9/11 first-responders. Young also says the Sharks' donations from the Cup Board Pro proceeds "mean so much to me and my siblings."

The cutting board came from the firehouse, too: Young's father was a firehouse chef, with a culinary degree from Providence, R.I.-based Johnson & Wales University. After joining the FDNY in the late 1990s, he fell in love with cooking for his fellow firefighters, serving up huge meals of anything from pasta to pot roast to firefighters returning from long shifts — often making "the biggest mess ever," Young now recalls.

Young says she remembers her father carving up pieces of plastic to create a prototype as early as 2010, to help clean up those messes, but any business plans were derailed by her mother's breast cancer diagnosis in 2011. Later, two successful stints on Food Network's cooking show "Chopped" in 2014 netted her father roughly $10,000 in prize money, which went to keeping the Pilates studio alive and continued development of the cutting board.

He made his "Shark Tank" audition tape while actively battling cancer. During his stints at the hospital, his children would help deliver and ship any orders placed through Amazon and Shopify. And after he died, the siblings took it upon themselves to appear on television in his place. Their only strategy: Do their best to channel their father's enthusiasm for the product into their pitch.

"Looking back on it, I don't know how my siblings [and I] did what we did," says Young. "I just wanted to make my parents proud and to really show the world how great they were."

Now, she says, it's all about carrying on his legacy — and working to make sure his dreams for his invention are in safe hands.

"He was the best person," Young says. "He just showed strength for us in everything that he did, and he was just funny to be around, smart, kind and the best chef. That's Dad."

Mark Cuban says this is Shark Tank's 'No. 1 success story' after start-up sells for $22 million

This company sold a copy of 'Super Mario Bros.' for $2 million. NFTs and a Triceratops skull could be next