It’s been nearly two years since the mysterious disappearance of a young San Diego resident. This weekend, his case will get in front of a national audience as it's profiled on television.

Elijah "Bear" Diaz, 20, vanished without a trace. According to investigators, he was last seen on Aug. 29, 2015, at around 10 p.m. That night, Diaz’s mother, Lelanie Thompson, dropped him off at his home on Joey Avenue in the East County.

That was the last time she saw him.

The next day, at around 4 p.m., Diaz’s mother stopped by his home to bring him dinner. He was nowhere to be found. Immediately, she reported him missing.

As the investigation unfolded, detectives with the El Cajon Police Department (ECPD) discovered that Diaz’s 50-inch television was missing from his bedroom, along with his bed sheets and the contents of a safe he kept in his room. 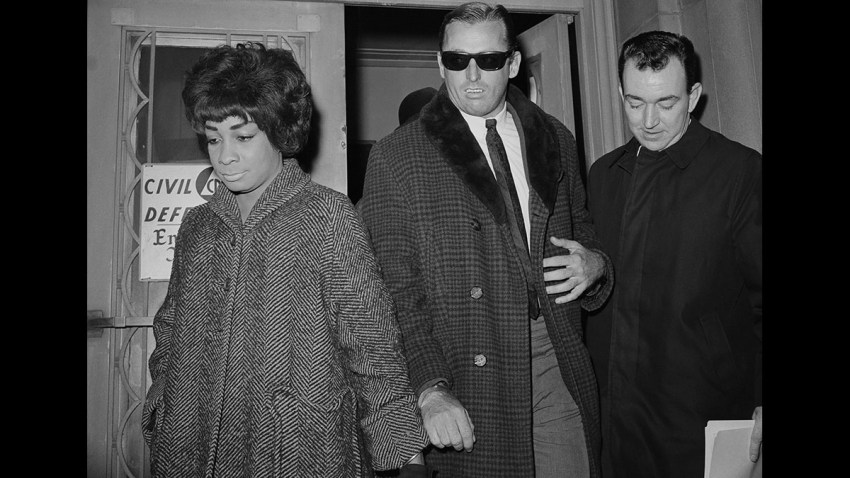 What to Know About the 12 Propositions on California's November Ballot

Detectives also found that Diaz's phone was turned off on Aug. 30, 2015, and never turned back on. The young man also stopped using social media immediately after he vanished. There has also been no activity on Diaz’s bank account.

Diaz is diabetic and, at the time he vanished, was using crutches to move around due to an injury to his left foot. A backpack containing his diabetes medicine was also gone from his room.

As the days have turned into weeks and the weeks into months, Diaz's family has grown more concerned. They have had zero contact with him since he disappeared.

His grandfather, Charles "Beaver" Curo, spoke with NBC 7 on Friday and said the family believes someone took Diaz and harmed him.

"Somebody took him. Something was there – one, two, three – I don’t know how many people," said Curo. "I just hope one of them, or someone who knows them, sees this, and maybe will step forward and say something."

Because Diaz was on crutches, Curo said he had limited mobility.

"He didn't drive away. Somebody drove him away," he said. "It's puzzling."

Today, the grandfather said he's looking for closure -- in any form. He does not think Diaz is alive.

“I’m hopeful that we can find his remains,” said Curo. “I’m sure my daughter’s holding out hope that she can find him some day.”

Back in January 2016, the ECPD said investigators weren't sure if Diaz was "voluntarily missing" or if he had been a "victim of foul play."

Despite no answers, Diaz's family has pressed on in their search for him.

In 2016, a billboard about his case was displayed in Lakeside, on southbound State Route 67 at Mapleview Street; a banner reading "Bring Bear Home" was also on display outside Diaz's home.

At one point, Diaz’s family, friends and even volunteers went door-to-door around El Cajon trying to remind the public that he was still missing. The man's family also hired a private investigator who said last year that the case was highly suspicious.

Today, a website, Bring Bear Home, continues to try to spread the word and, as the website states, "Pray that the truth is revealed.”

Curo hopes to someday be able to properly say goodbye to his grandson.

“There’s no marking for him. We’re just hopeful we can find something and give him a proper burial, and then mark the place,” he added.

Diaz is Native American and a member of the Barona Indian Tribe. He has brown hair and brown eyes, and despite his big nickname, his family describes him as 5-foot-10 and 110 pounds.

"He wasn't much of a bear," Curo said, smiling as he remembered his grandson.

Diaz's case will be highlighted in an in-depth segment on the Investigation Discovery network's series, "Disappeared," airing Sunday evening. The show recreated the events in the case using actors.