"From this point forward, he will be remembered as Sergeant Michael Paredes."

One of the two El Monte police officers killed in the line of duty on June 14 is being posthumously promoted, the city and its police department announced Tuesday night.

Corporal Michael Paredes will receive the rank of Seargent in honor of his sacrifice.

"…Mike had always displayed excellent character, right down to his last moments on this earth," said El Monte Police Chief Ben Lowry in a new release from the city.

"Mike was competent and had proven to be proficient in all the administrative functions that are required of a sergeant… Mike had the respect of all of us who worked with him," Lowry said. "From this point forward, he will be remembered as Sergeant Michael Paredes."

Paredes was sworn in as a full-time police fficer in July of 2000, giving him almost a full 22 years of service with the El Monte Police Department.

The promotion announcement came as Paredes and officer Joseph Santana were remembered with a vigil at Upland High School on Tuesday night, where family and friends gathered to remember their loved ones.

Candles lit in the two officers' honor and emotional speeches from loved ones showed the scale of the community's loss.

City officials say the officers were looking at a report of a possible stabbing when a gunman confronted them and opened fire. Annette Arreola reports for Today in LA on Wednesday, June 15, 2022.

"He was dad. He was brother. He was friend. And he was so good at being all those things," Paredes's wife Janine said.

While respected as a corporal, Paredes never brought his work home, she said in her first public speech since the shooting took place. He was always a family man first.

Heartbreak was hard to hold back for Officer Santana's brother-in-law.

"I just hope he knows, you know?" he said, voice breaking. "That I really do miss him."

With the remembrances for the two officers comes a continued, heated debate between their families and the LA District Attorney.

The campaign to recall Los Angeles County District Attorney George Gascón says the progressive DA's policy of ignoring the state's three strikes law allowed Flores, a convicted felon, out on parole, when he could have been serving time in prison.

The mother of one of two El Monte police officers who were fatally shot in a gun battle that also left the suspect dead lashed out at District Attorney George Gascón today, saying his "insane ideas" allowed the gunman to remain out of jail and free to murder her son. Conan Nolan reports for the NBC4 News on Friday, June 17, 2022.

"I blame the death of my son and his partner on Gascón," Olga Garcia, the mother of El Monte Police Officer Joseph Anthony Santana, 31, said through tears at a news conference outside police headquarters.

Gascón defended his policies, and why he says the man who shot the two officers -- an armed, convicted felon -- was not in jail.

"We all wish we could predict violence," he said. "But the reality is that we can't." 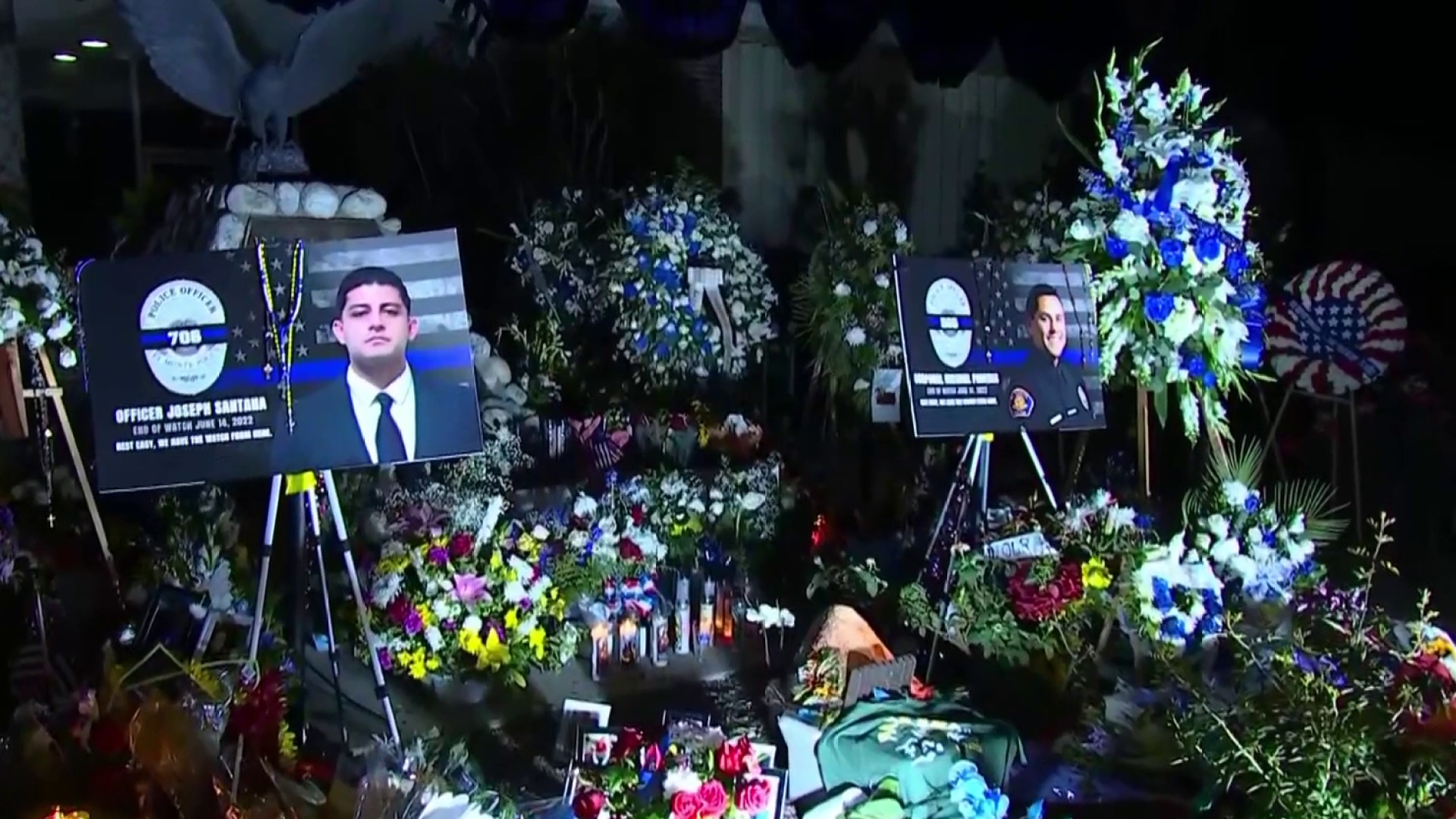 ‘One of a Kind': Vigil in El Monte Memorializes Two Fallen Officers 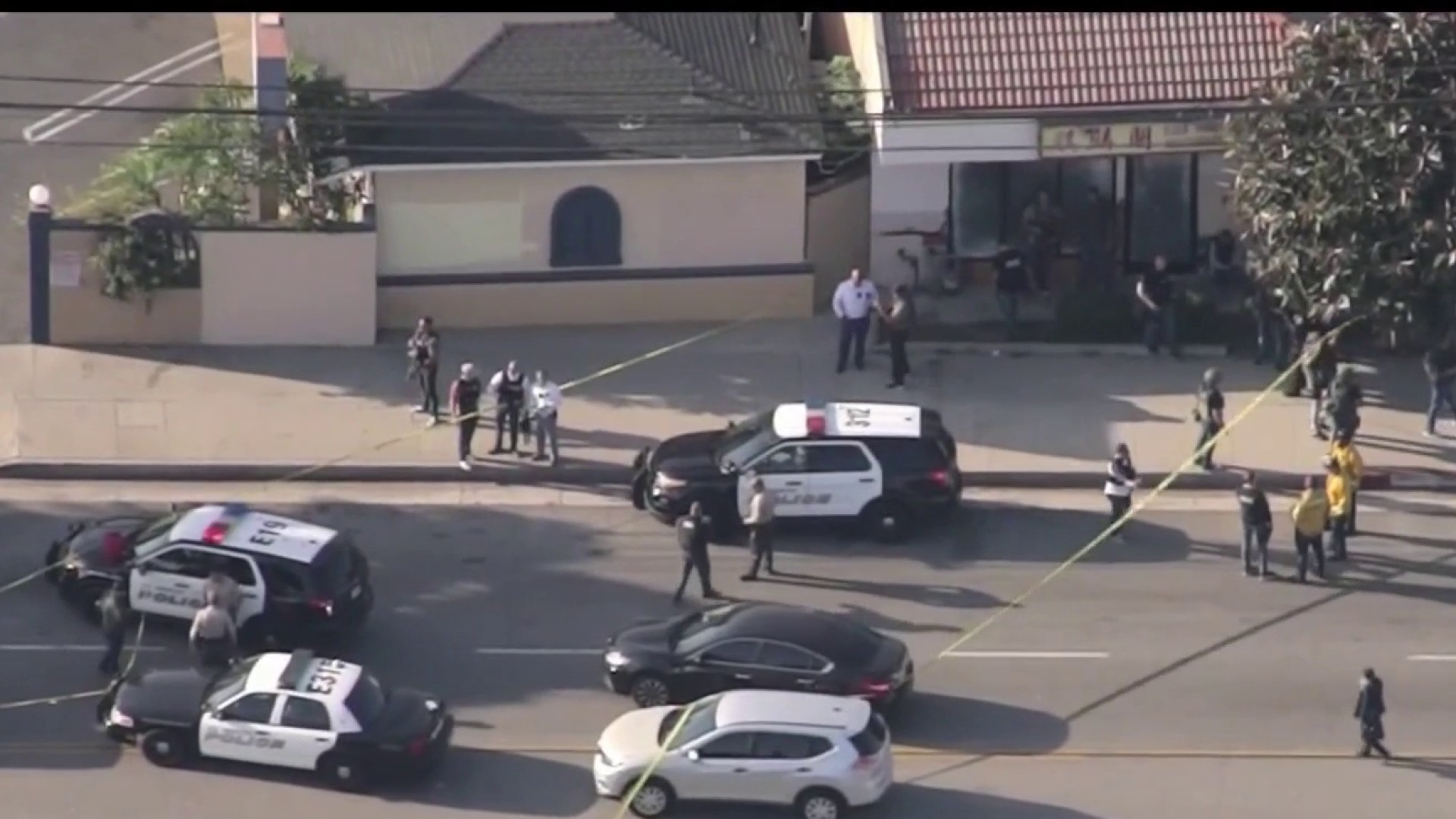 Back in Upland, there was no mention of the man who allegedly killed the officers, with the focus instead on the heartbreak the families now have to endure.

"I don't know how I'm going to do life without him," Paredes's wife said.