The motion, if approved, would instruct the city attorney to prepare documents necessary to place the measure on the June 2022 primary election ballot.

A motion to initiate a ballot measure process that would prohibit homeless encampments across the city was sent to a committee Tuesday by the Los Angeles City Council.

The motion was before the full City Council for a vote, but several council members spoke in opposition to it.

The proposal from Councilman Joe Buscaino would start a ballot measure for a law that would require the city to prioritize emergency temporary shelter production over permanent housing. It also would prohibit encampments if enough shelter is available and offered. 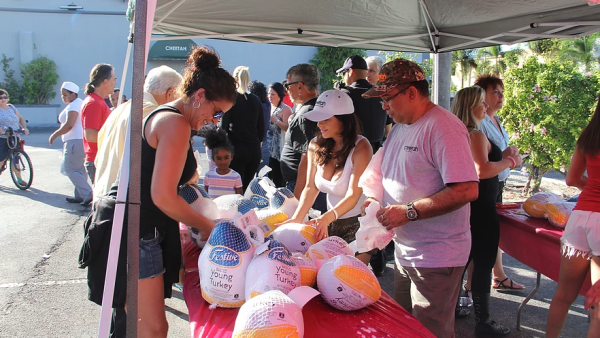 Help For The Hungry Nov 22

Donate by Texting H4H to 41444: NBC4 and Telemundo 52's Help for the Hungry Returns to Support Local Food Banks

The City Council has previously rejected proposals from Buscaino to prohibit camping by people who have been offered shelter.

Councilman Paul Krekorian motioned to send it instead to the Homelessness and Poverty Committee, which passed on an 11-2 vote. Buscaino and John Lee -- who had seconded the motion for a ballot measure -- opposed sending it to the committee.

The motion would instruct the City Attorney to prepare necessary documents to place a measure on the June 2022 primary election.

Here are the main actions outlined in the proposal.

The measure would be on the same ballot as Councilman Buscaino, who is running for mayor of Los Angeles.

The councilman, who also chairs the council's Budget and Finance Committee, added that an ordinance doesn't provide the budget necessary to provide adequate shelter and housing for the city's homeless population.

The chair of the council's Homelessness and Poverty Committee, Councilman Kevin de Leon -- who is also running for mayor in 2022 -- said he thought a ballot measure would be the wrong approach.

in need, a ballot measure seems the wrong approach. The fact is that a ballot measure would be extremely costly to taxpayers and would likely result in a continuation of the litigation merry-go-round that's kept the city from implementing real solutions,'' he said in a statement to City News Service.

The City Council approved the strategy to accompany its new anti-camping law, which went into effect on Sept. 3. Under that law, camping in

several areas of the city is prohibited, but most of the areas require a City Council vote before enforcement. People camping in areas chosen for enforcement are able to move their tents to other parts of the city if they do not accept shelter options.

Buscaino in his ballot measure proposal called for a ``FEMA-like emergency response, interim housing and services'' to scale up shelter options

so the city can prohibit camping in all areas.

The city has about 15,000 shelter beds and 24,600 permanent housing slots. During a City Council meeting on July 1, Councilman Mike Bonin said the Los Angeles Homeless Services Authority told him the city only has enough beds for 39% of its homeless population.