Do You Recognize These Men? LAPD Asks for Help Locating Men Related to Alleged Hate Crime That Went Viral

A photo of an alleged hate crime incident showed a Black woman being grabbed from behind and surrounded by a group of people holding flags and wearing pro-Donald Trump clothing.

A photo of an alleged hate crime incident showed a Black woman being grabbed from behind and surrounded by a group of people holding flags and wearing pro-Donald Trump clothing. The LAPD confirmed to NBCLA that the call for help was related to the incident that went viral.

The woman, 25-year-old Berlinda, who asked that her last name not be used, said last week that a group numbering about 40 began following her after she flipped them off. She said people were shoving her, calling her the n-word and "asking me who I voted for.''

She initially told NBCLA that the man in the photo holding her was trying to help her and called him her "hero."

But on Saturday, she told NBC News that the man’s actions didn’t actually help.

“In the moment it sounded like he was,” she said in a text message. “I was disoriented, I was blind. I couldn’t see. Even though he was saying those things, his actions didn’t help. I was still being attacked while defenseless."

The man did not return phone calls to phone numbers listed for him.

The LAPD eventually declared the pro-Trump rally an unlawful assembly, saying "several fights'' broke out during the day as protesters and counter-protesters clashed. 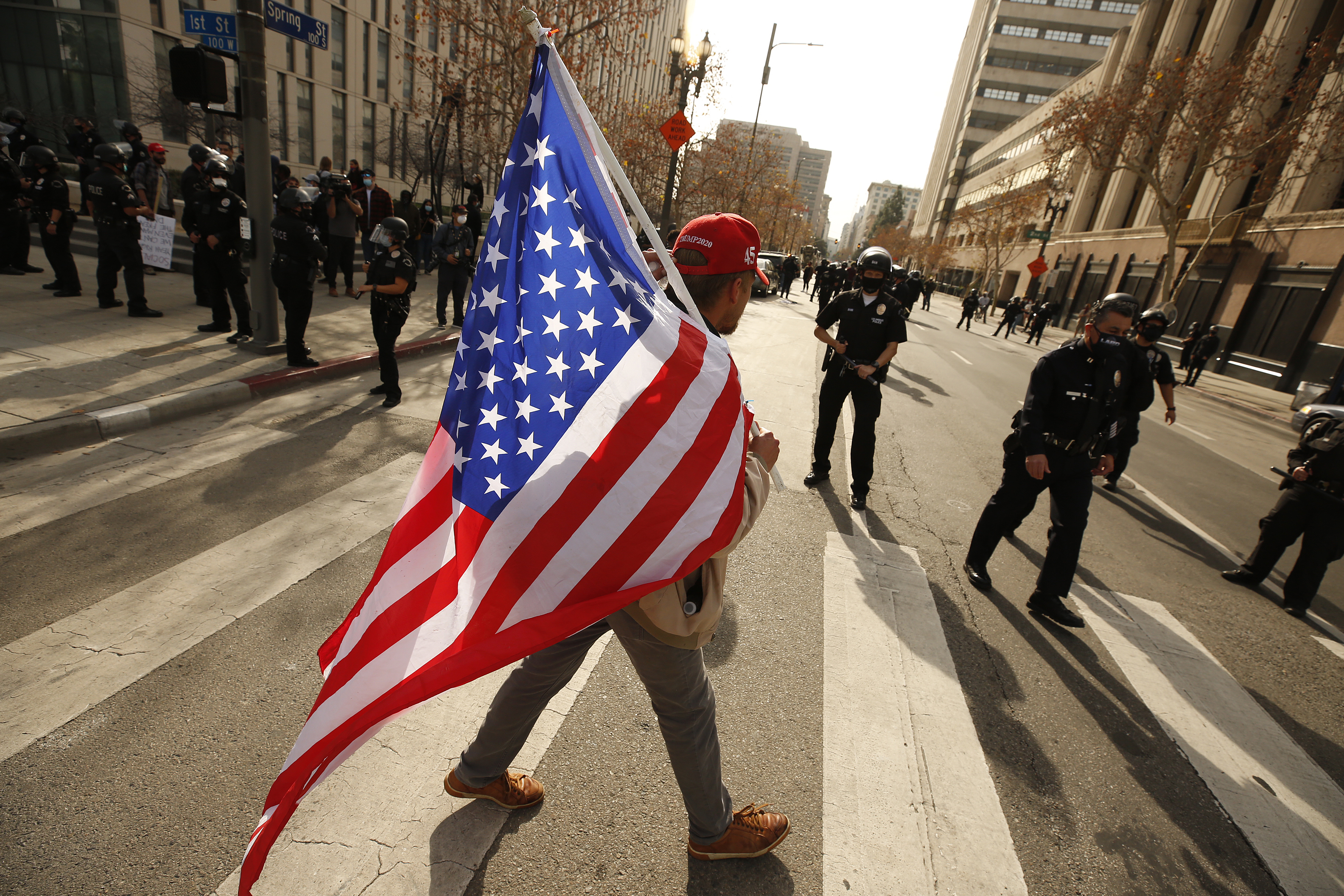 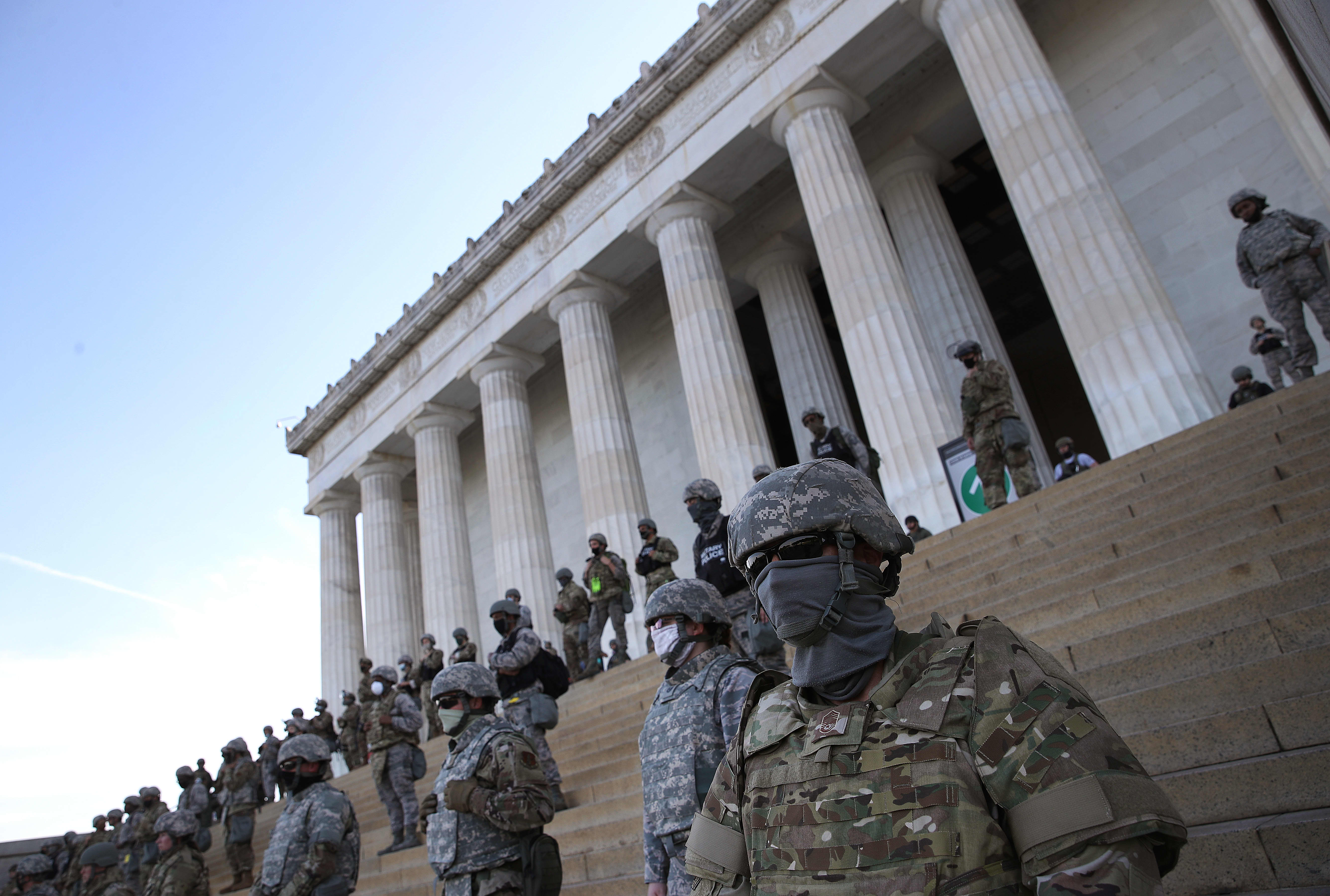 On Monday, the LAPD singled out two men who they are searching for as "people of interest involved in an alleged hate crime incident."

The first person of interest was described as a white man about 40-45 years old, standing 6 feet tall and weighing about 200 pounds, last seen wearing a gray hat with an American flag emblem and a gray shirt with a "45" logo.

The second person of interest was described as a man with brown eyes, 30-40 years old, standing 6 feet tall and weighing about 189 pounds. He was last seen wearing a black cap, black tatical vest and ripped jean-shorts.