“It is sexist, exploitive and misogynistic. Even in death, Marilyn has no peace. We are demanding the statue be moved; #metoomarilyn has no place in Palm Springs.”

An enormous sculpture depicting Marilyn Monroe's iconic dress-flying pose from the 1955 romantic comedy “The Seven Year Itch” will be formally unveiled this weekend, and protesters are preparing a showing of their own.

A ceremony planned to mark the return of “Forever Marilyn” -- which was previously on display in the city for about two years -- will get underway at 7 p.m. Sunday at the corner of Museum Way and Belardo Road, according to organizers.

The affair will include music by DJ Alf Alpha, several speakers and a flyover by Palm Springs Air Museum aircraft. Simultaneously, the Women's March Foundation has planned to join other groups to protest the statue's installation, citing the “sexual objectification of a beloved icon in the era of #metoo,” the organization announced.

“The 26-foot-tall ‘statue’ of Marilyn Monroe is designed for viewers to walk in between the legs, look up her dress and snap a picture of her crotch or buttocks for fun,” said Emiliana Guereca, Women's March Foundation's executive director.

An arrest has been made in the theft of a Marilyn Monroe statue. The man who stole it has made headlines before and has left his mark on the Hollywood Walk of Fame.

“It is sexist, exploitive and misogynistic. Even in death, Marilyn has no peace. We are demanding the statue be moved; #metoomarilyn has no place in Palm Springs.”

The group plans to gather on Museum Way between Museum Drive and Belardo Road, beginning at 6 p.m. Women's March organizers are not the first to speak out against the statue's return to Palm Springs. A lawsuit by a group of local residents threatens to thwart the effort to keep it at its new location.

The Committee to Relocate Marilyn sued the city of Palm Springs for allowing the statue to be placed in downtown, alleging the city violated various municipal and state codes in agreeing to close Museum Way during the statue's stay.

A status hearing in that case is scheduled for July 20. In April, a judge denied a motion by the plaintiff that sought to block the statue's placement.

We’re at the Palm Springs retreat of fashion designer David Meister. THis is David’s home away from home – his escape from the Hollywood rat race. A classic 1970s edifice that he makes his own, no matter the time of year. But during the holidays – his home becomes a joyously over-the-top celebration of the season.

PS Resorts, a nonprofit tourism organization, purchased the sculpture from Seward Johnson Atelier in February for $1 million plus installation costs. It arrived in several pieces last week, which required a 60-ton crane to hoist into place. Welding materials ignited a section of bubble wrap during the installation process last Friday, causing a brief fire but no injuries or damage to the sculpture.

The Palm Springs City Council approved a location agreement with PS Resorts in December. The agreement includes a term of up to three years, and requires periodic updates back to the council.

PS Resorts Chairman Aftab Dada previously said he wanted to see the statue remain at the Museum Way location permanently. After two years, the statue's local economic impact will be measured by an outside firm, he said.

The 17-ton statue crafted of steel and aluminum was first unveiled in Chicago in 2011 before moving to the corner of Palm Canyon Drive and Tahquitz Canyon Way in Palm Springs in 2012, where it was on display for about two years.

There's another twist in the hunt for the man who cut off a statue of Marilyn Monroe at the Ladies of Hollywood Gazebo.

The statue's return has drawn the ire of some residents, both for its possible infringement of views of the surrounding natural landscape, and on allegations that the statue is sexist and inappropriate.

Dada countered that the statue is an economic powerhouse that brought the city millions of dollars of free publicity during its first rendezvous in Palm Springs. Dada said “Forever Marilyn” helped jumpstart the local economy during the Great Recession, and he hopes the statue can work that same magic again amid the coronavirus pandemic.

“She really put Palm Springs on the worldwide map,” he said. “She is definitely a huge draw and an unbelievable magnets to tourists.”

Then-City Manager David Ready previously said the statue was a “tourism phenomenon” during its first appearance in the city. 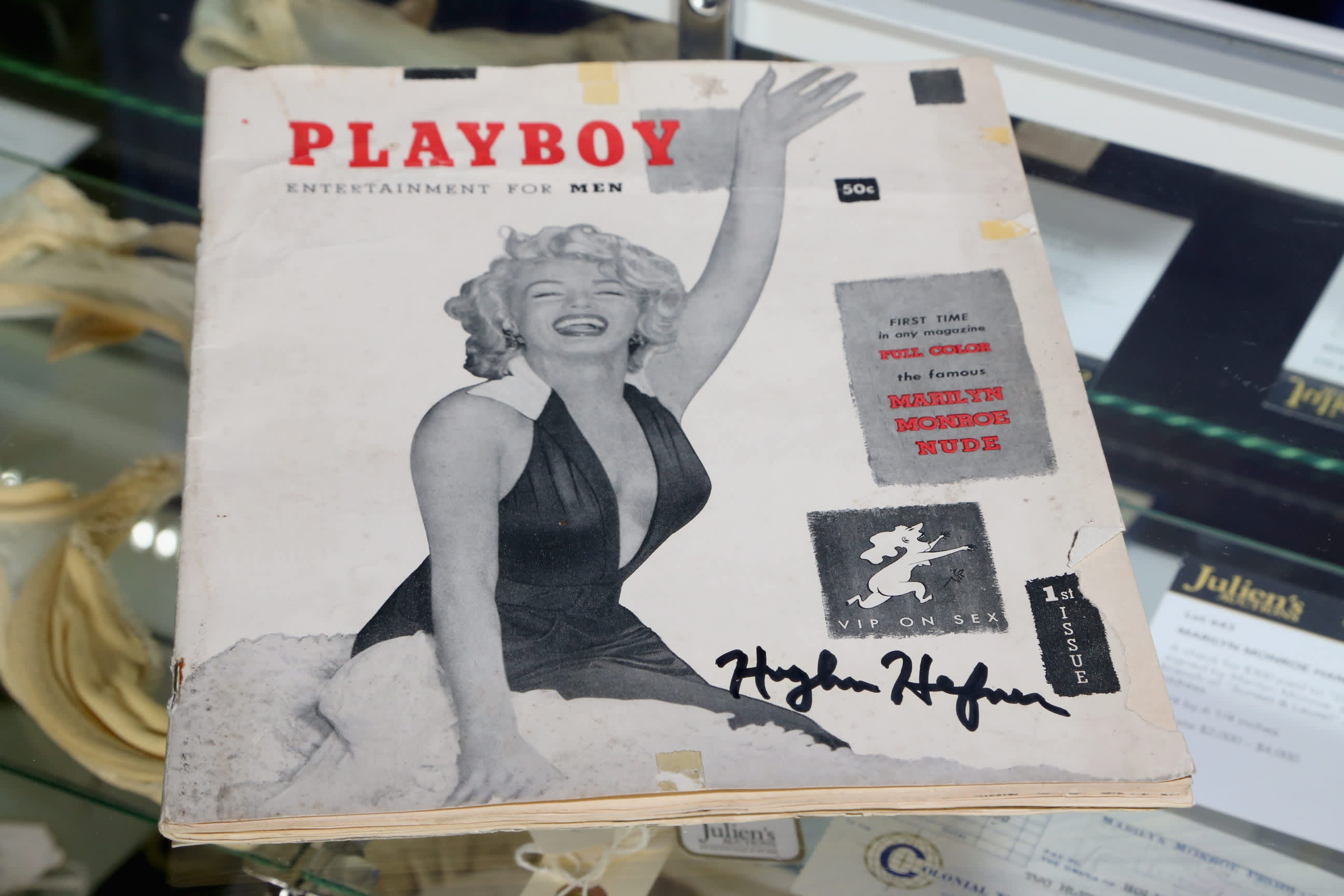 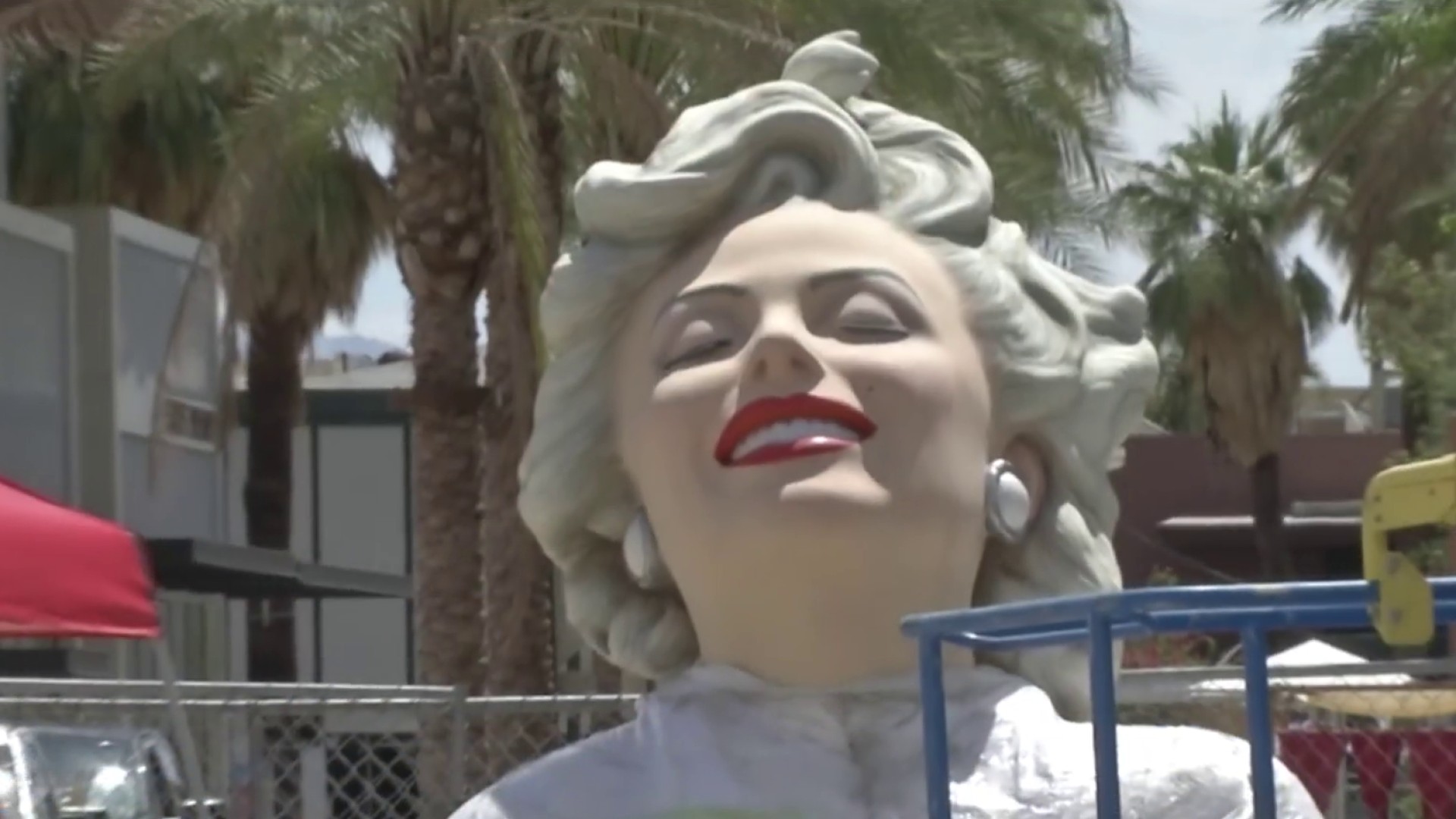 “Forever Marilyn” was designed by artist Seward Johnson, who died in March 2020. The humongous sculpture recreates the moment in “The Seven Year Itch” where Monroe's white dress surges up toward her waist as she stands on a windy Manhattan subway grate.

“Marilyn has come to represent beauty, and the white dress blowing up around her is a type of teasing sensuality,” Johnson once said. “There is something about her pose, the exuberance for life without inhibition, it expresses an uninhibited sense of our own vibrancy.”