A day after a heartbreaking shooting left a teacher and 8-year-old special needs student dead in San Bernardino, details of a distressing alleged past of domestic violence emerged Tuesday after multiple restraining orders against the shooter came to light.

Information was revealed from temporary orders from 1997 and 2013, including claims that Cedric Charles Anderson put a pillow over a former girlfriend's face and threatened his first wife, according to the documents.

His former wife also filed a restraining order against Anderson in 1997, calling him "a very violent person."

The 2013 Los Angeles County restraining order was put into effect to protect the woman and her pre-teen daughter.

An earlier 1997 temporary restraining order was put into effect to protect his first wife and their three children, the document read.

Revelations of the disturbing incidents came after Anderson entered a North Park Elementary School classroom for special needs students where his second wife worked and opened fire with a .357 handgun.

Karen Elaine Smith, 53, was killed. As gunfire erupted in her direction, two of her students behind her were shot. Anderson then shot and killed himself. Jonathan Martinez, 8, died later at the hospital and another 9-year-old was in stable condition Tuesday. 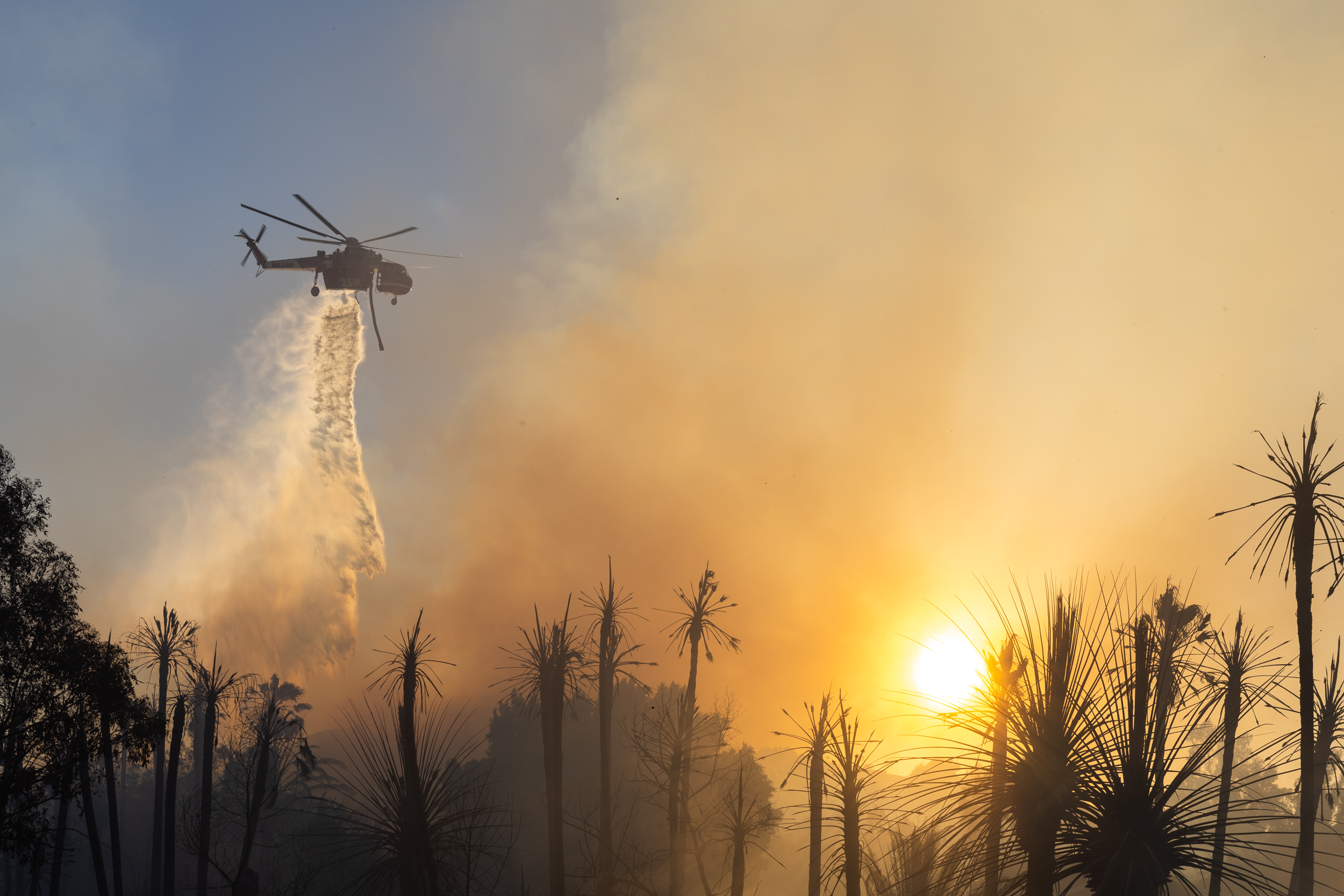 The restraining orders chronicle Anderson's earlier alleged behavior, including incidents where his first wife claimed he made threatening calls about ending their lives.

In the 1997 restraining order, the document alleges Anderson had at least four violent outbursts between Oct. 13, 1996 and Jan. 1, 1997. His ex-wife told police he contacted her multiple times telling her she, the kids and himself would all die.

"Since then the respondent has been threatening to kill me. He had told other ministers and bishops, my mother, his sister and other friends that he is going to kill me," she said in the document.

In the 2013 restraining order, his former live-in girlfriend detailed an incident where he was upset over her watching television late into the evening.

After what the woman documents as Anderson "lecturing" her, she said she stood up to go outside for a cigarette. She told authorities he then picked up a set of keys on the coffee table and threw them at her, just missing her and hitting the wall. She told authorities she locked herself in her car out of fear, according to the document.

Another incident described in the document claims Anderson dragged the woman back to their shared apartment when she tried to leave, holding her down for 15 minutes with his hands around her mouth and nose. She said the more she struggled, the "harder he would [cover] my mouth and nose." When she broke free, she had bruises on both arms, the document read.

In an incident from a month later, the woman said Anderson woke up angry because she had future plans to go to karaoke with a neighbor, the document said. She told authorities she pretended to be asleep when he tore the blanket off of her body.

"He then put the pillow over my face and held it so I could not breathe ...I fought as hard as I could, kicking with my feet," the document read.

She said when she grabbed his genitals he stopped.

"I thought I would die that night," she told authorities.

In the final incident recorded in the document, the woman said Anderson had another outburst as they prepared to go to a Memorial Day dinner at a neighbor's home.

The woman claimed in the order Anderson was standing with the neighbor's husband near the barbecue when he suddenly rushed into the home. She said he pushed her onto the bed and left the apartment with a "a large butcher knife in his hand." She said a neighbor came to her aid when she began crying.

Details on what exactly transpired before the shooting were not revealed, however the two were estranged before Anderson entered her classroom Monday and opened fire.