Shad Gaspard disappeared Sunday in the waters off Venice Beach after urging lifeguards to first rescue his 10-year-old son from the powerful surf.

The body former WWE wrestler Shad Gaspard, who disappeared Sunday in rough waters off Venice Beach, has been found near a lifeguard tower near the site where he was last seen swimming with his son.

Gaspard, 39, disappeared while swimming when a wave crashed over him about 50 yards from the shore. His 10-year-old son was rescued from the water by lifeguards.

A law enforcement source said Gaspard told rescuers to help his son first. The boy was evaluated by paramedics, but did not require hospitalization.

A jogger found the body washed up near Venice Pier around 1:30 a.m. Wednesday. Los Angeles police and county firefighters said they responded to a report of a body that matched the description of Gaspard.

The LA County Coroner's Office later arrived at the scene and the body was identified as that of Gaspard, police said in a statement.

"In his final act, Gaspard instructed lifeguards to save his son’s life,” the WWE said in its statement Wednesday.

Gaspard was known as kind-hearted person with a sense of humor who looked out for others. In 2016, he thwarted a robbery attempt at a Florida gas station, subduing the criminal until police arrived.

“Admired by friends and colleagues for his warmth and humor, Gaspard was no stranger to heroic deeds,” the WWE statement continued.

In an Instagram post early Monday morning, Siliana Gaspard, the WWE wrestler's wife, wrote her husband is missing and was "last seen wearing swim shorts" at the Marina del Rey beach on Sunday. The post has since been deleted.

"He was a big guy. He had a big muscles but he had a bigger heart," said friend Lance Keys.

Keys joined others at the edge of the water in Marina del Rey Monday afternoon, presuming he may have lost the friend he met at Gold’s Gym in Venice.

Gaspard was part of Cryme Time, one of the WWE's most famous teams in the early 2000’s. After wrestling, he pursued a career in Hollywood, acting opposite Will Ferrell in the movie, "Get Hard." 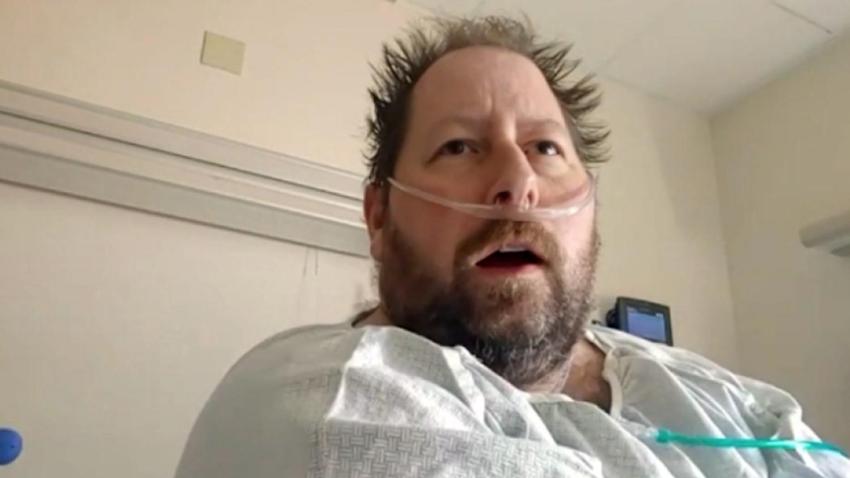 ‘This Was a Real Virus,' Coronavirus Skeptic Says

But friends say Gaspard was first and foremost a family man.

After several weeks of closures, Los Angeles County beaches opened for activity this past weekend.