San Clemente at Odds Over How to Help the Homeless

An overflow crowd is expected at Tuesday night's city council meeting in the coastal town of San Clemente as the contentious problem of homelessness is leading to contentious solutions.

After a federal lawsuit alleged Orange County cities, San Clemente included, have done little to house their share of the homeless, the struggle of what to do has gotten more complicated.

There are residents in San Clemente who believe the homeless in this city are on the wrong track.

They point to a growing encampment near the Amtrak station next to north beach. But without a shelter, the city cannot enforce an anti-camping ordinance. 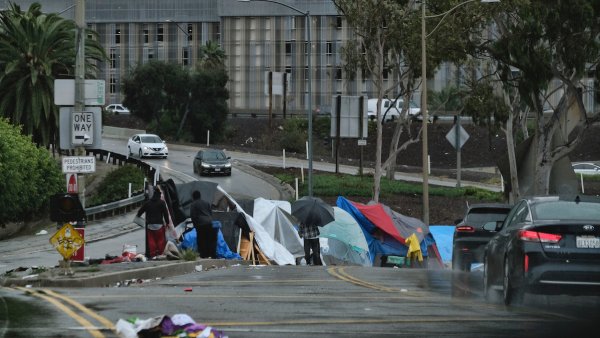 "On the trail, they leave needles and trash and excrement behind boxes," said resident Becky Deliannis.

Mercy House counselors say they are trying to help with that problem by offering the homeless a path to housing.

Director Dawn Price says their issues are the same as others who have a roof over their heads.

"The difference between them and people we want to help through this program is that they have support to keep themselves stability-housed, and we want to provide that support so we can do the same," Price said.

But it means the current residents will have to move out.

"They're playing monopoly with real people's lives," said David Ellis, who is being evicted.

The new buyers say they will help with relocation costs for those who must leave. But it's clear neighbors are not ready to roll out the welcome mat.

The animosity back at the train station is growing too as residents confront and question the homeless.

"It's crazy. Nothing can be done right now," Bonnie Bird, resident, said.

In the meantime, Bird said she now puts some distance between the homeless and her children.

According to the most recent Point in Time count this year, there are close to 7,000 homeless in Orange County, with about 150 on the streets of San Clemente.