Four parts of Los Angeles County are seeing at least a 35 percent jump in the number of homeless people.

The issue stretches south from San Pedro to parts of the San Fernando Valley and into some of LA's biggest tourist attractions. LA Live and the LA Convention Center attract thousands of tourists and business every day. The landmarks are part of district 9, an area seeing a 38 percent increase in the number of homeless people this year.

District 15, which stretches from Wilmington to San Pedro, saw a 45 percent jump. The problem continues into District 3 which spans the West Valley to Woodland Hills to Winnetka. The largest increase in one region, District 4, saw a 53 percent jump. Those are the neighborhoods near some of LA's most iconic destinations, Griffith Park and the Miracle Mile. 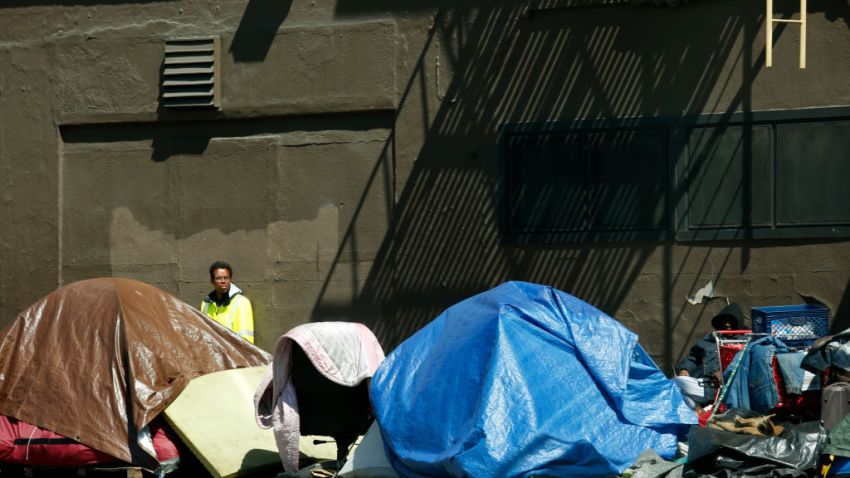 The NBC4 I-Team has tracked the dramatic increase in people living in tents and RVs over the least year. A recent legal settlement by the city extends the restrictions of police and city workers from removing property belonging to the homeless. The restrictions have been blamed for by downtown business owners for contributing, in part, to increased reports of trash piles, rodents and disease and police say the tents are being used by criminals and gang members. Homeless advocates say there is a need for more permanent housing.

Today's report says the number of people living in tents and makeshift shelters rose 17 percent and those in cars or RVs was up 5 percent. The Los Angeles Homeless Services Authority says this indicates that more people are experiencing homelessness for the first time. They say they have increased outreach staff including clinical experts and folks who can deal with mental illness.

Also LA County Supervisor Hilda Solis says there is a need to expand services countywide and not center it all in one or two locations. She says new shelters like the one that opened in Pomona in December and another in the San Gabriel Valley this year are critical to helping make change. Ventura, Riverside and San Bernardino counties each reported homeless count increases of over 20 percent according to Solis.