In an interview with FBI agents, Moreno stated that he ran the train off the track out of a desire to "wake people up'' because the Mercy was "suspicious'' and not "what they say it's for,'' according to documents filed in Los Angeles federal court.

A former locomotive engineer at the Port of Los Angeles was sentenced to three years behind bars Wednesday for intentionally running a train at full speed off the tracks near the Navy hospital ship Mercy, claiming the vessel was docked at the port as part of a possible "government takeover.''

Eduardo Moreno, 46, of San Pedro, was also ordered to pay $755,880 in restitution to Pacific Harbor Line, the railroad company at the port. 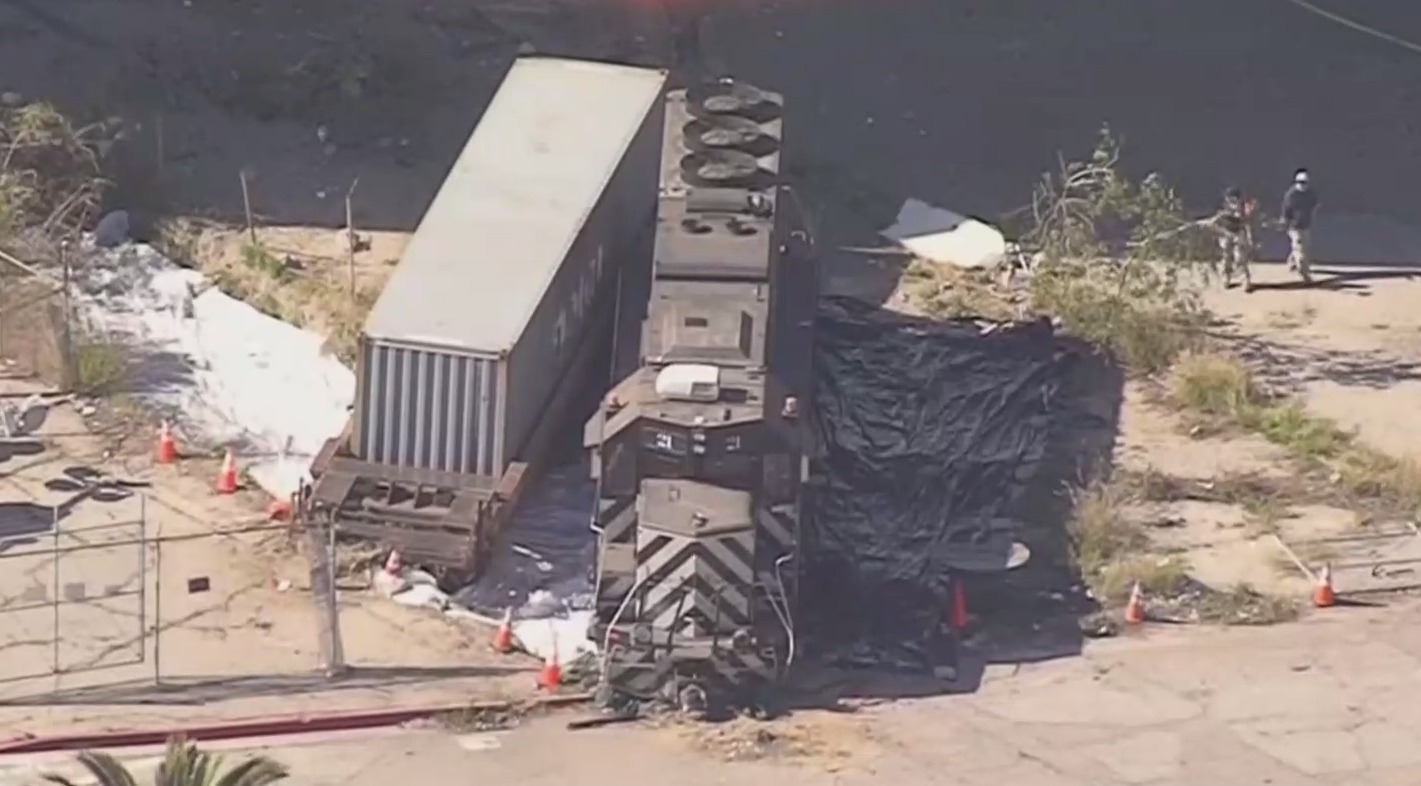 No one was injured in the March 31, 2020, incident and the USNS Mercy was not damaged. The train leaked fuel that required a hazardous-materials cleanup.

In an interview with FBI agents, Moreno stated that he ran the train off the track out of a desire to "wake people up'' because the Mercy was "suspicious'' and not "what they say it's for,'' according to documents filed in Los Angeles federal court.

The crash was witnessed by a California Highway Patrol officer, who took Moreno into custody as he fled the scene, federal prosecutors said.

When the CHP officer contacted Moreno, he made a series of spontaneous statements, including, "You only get this chance once. The whole world is watching. I had to. People don't know what's going on here. Now they will,'' according to court filings.

In his first interview with port police, Moreno admitted crashing the train, saying he was suspicious of the Mercy and believed it had an alternate purpose related to COVID-19, such as a "government takeover,'' prosecutors said.

Moreno said he acted alone and had not pre-planned the attack. While admitting to intentionally derailing and crashing the train, he said he knew it would bring media attention and "people could see for themselves,'' referring to the Mercy, according to the U.S. Attorney's Office.

The L.A. Port Police reviewed video recorded from the locomotive's cab, officials said. One video shows the train clearly moving at a high rate of speed before crashing through various barriers and coming into close proximity to three occupied vehicles. A second video shows Moreno in the cab holding a lighted flare, according to prosecutors.

The Mercy docked at the port on March 27, 2020. Its 1,000 hospital beds were used as a relief valve for Southland hospitals overrun with coronavirus patients. The hospital ship did not treat any COVID-19 patients.