UCLA Researchers Measured the Largest Comet Astronomers Have Ever Seen

"There’s no end of discoveries to be made," said David Jewitt, professor of planetary science and astronomy at UCLA and co-author of a new study of the comet

Scientists from UCLA have made an exciting discovery that's heading toward our part of the cosmos from the oldest, outermost part of the solar system: the largest comet astronomers have ever seen.

It's not in any danger of hitting Earth, as it won't come closer to us than Saturn, but a definitive measurement of the comet's huge size does give new insight into the early days of the solar system.

What Is a Comet?

Space enthusiasts probably know that comets are frozen balls of dust and ice.

Those materials heat up as the comet travels closer to the sun, causing the dust and gas to slowly stream off the frozen, central nucleus into the tail. This forms into a fuzzy cloud called a "coma," what comets are known for.

Comets are notable but not unheard of sights for Earthlings. Perhaps the most famous, Halley's comet, makes regular though infrequent streaks by our planet every 75 years or so.

But those comets are typically much smaller than the one UCLA scientist David Jewitt measured with his team.

So How Big Is This Comet?

"The typical size of a comet is more like 1 mile," Jewitt, professor of planetary science and astronomy at UCLA and co-author of a new study of the comet in The Astrophysical Journal Letters, said.

Halley's comet, for example, is about 9.3 by 5 miles across, according to NASA.

According to their observations and calculations, Jewitt and his team believe Comet C/2014 UN271 is between 80 and 85 miles across.

For context, that's more than twice the width of Rhode Island.

"Its nucleus is about 50 times larger than that at the heart of most known comets," a statement about the comet from UCLA stated. "Its mass is estimated to be a staggering 500 trillion tons, a hundred thousand times greater than the mass of a typical comet found much closer to the sun."

Jewitt, alongside Man-To Hui, lead author of the new study who earned his UCLA Ph.D. under Jewitt in 2019, isn't the first to find this particular comet in the night sky. Astronomers Pedro Bernardinelli and Gary Bernstein discovered C/2014 UN271 while combing through images taken in 2014.

Where Did This Comet Come From?

The comet caught Bernardinelli and Bernstein's attention, and later that of Jewitt and Hui, because it was so visible from a point so far from Earth.

"Most comets are inside the orbit of Jupiter," Jewitt said, while this comet was way beyond the end of the solar system, closer to the Oort Cloud.

It's home to the oldest relics of the solar system, like C/2014 UN271, which were "tossed out of the solar system billions of years ago by the gravitation of the massive outer planets," Jewitt said in UCLA's statement. But it's also too far away for scientists to observe.

Comet C/2014 UN271's origin in the Oort Cloud is "not unique in that regard, but it is unusual to see comets active that far out," he said. That's because when objects as small as the typical comet are that far away, they don't reflect enough light for our telescopes to pick them up.

It's the reason the Oort cloud remains a theory: it's too difficult to directly observe.

"You can’t see anything in the Oort cloud,” Jewitt explained. You only see the things that make their way out of it, as they travel back toward the sun after being "disturbed by the gravitational tug of a passing star," he added.

What Else Is Unique About the Comet?

The comet C/2014 UN271 had a few factors going for it that allowed Jewitt and Hui to make more direct observations.

First, it's moving toward the inner solar system, closer to Earth, where we can see it.

"It will never come closer than the orbit of Saturn," Jewitt said, so there's no need to panic that it will strike us. It won't even get within 1 billion miles from the sun — slightly farther from Earth than Saturn — until 2031.

But its path towards Saturn meant it could be photographed in 2010, discovered in photos in 2014, and measured from the photos Jewitt and his team took on Jan. 8, 2022.

Second, the comet was always very bright — which led scientists to believe it had to be big, given the still-large distance between it and the Earth.

That theory turned out to be correct. And its brightness was all the more impressive, Jewitt said, because the comet is so dark overall.

"Only 3% of the light that hits it is reflected off," he said. He believes its dark color comes from millions of years of being fried by cosmic rays, the way toast gets burned after it's left in the toaster for too long.

The cold nature of space means it's still icy, as all comets are, but it's not water ice, Jewitt said.

"I would just guess that it’s carbon monoxide, because we do see that in other comets," he explained.

The carbon gas slowly dissipating as the comet moves through space is what causes the cloud of "fuzz" around the comet's nucleus, a part of the comet's anatomy that was instrumental to Jewitt and Hui getting their 80-to-85-mile-wide measurement.

How Did They Measure the Comet?

By taking around five incredibly high-quality images of C/2014 UN271 with the Hubble Space Telescope, Jewitt and Hui observed the amount of reflected light coming out of the bright spike of light that is the comet's nucleus.

That spike allowed Jewitt and Hui to create a model of the comet's fuzzy cloud, or "coma," and adjusted it until it fit with the real coma in the Hubble images.

Then, the researchers subtracted the glow of the coma, leaving behind a measurable nucleus.

By comparing that measurement to the reflected heat from radio measurements of the comet that another scientific team took, Jewitt and Hui could essentially check their work.

"The new Hubble measurements are close to the earlier size estimates," the UCLA statement said, but also allowed Jewitt and Hui to discover how much darker the surface is than previously thought. 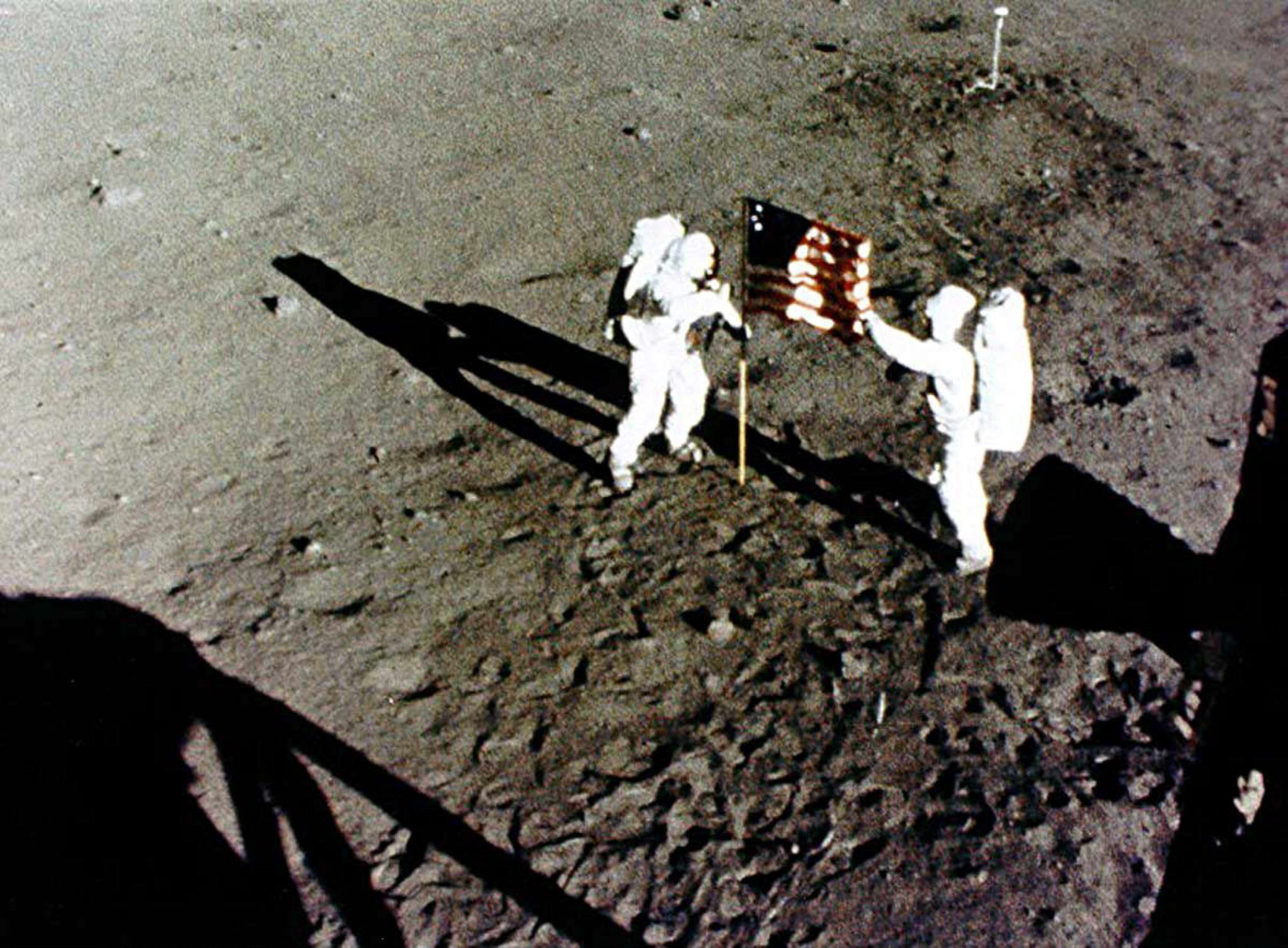 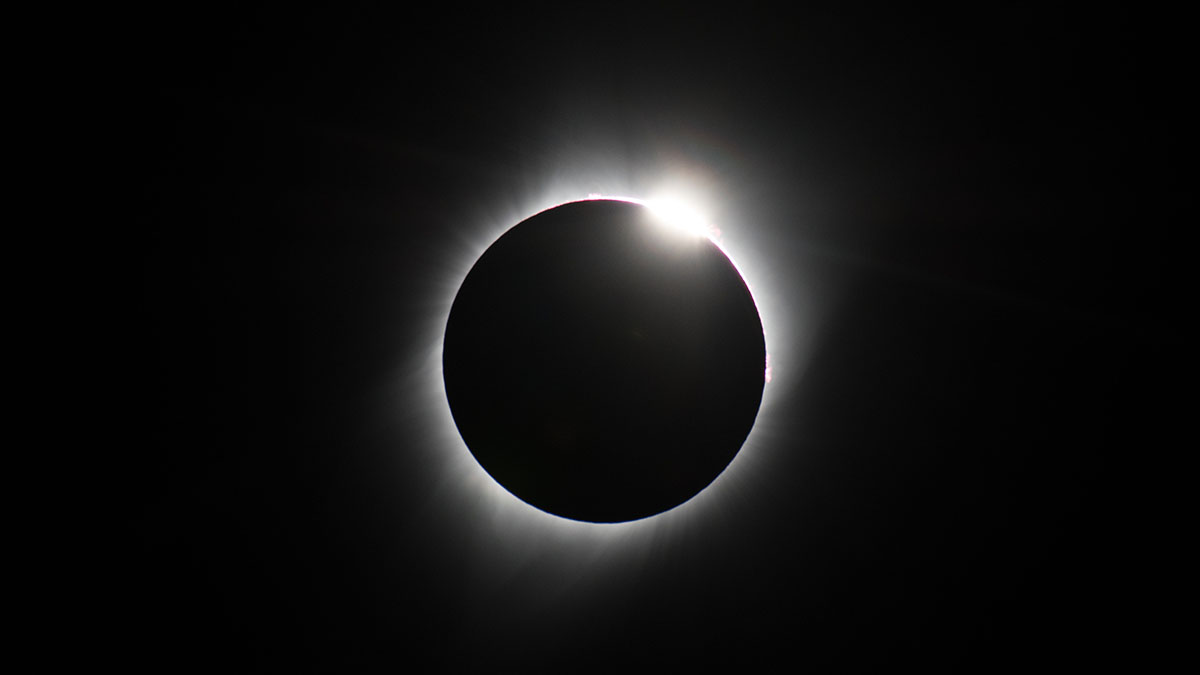 2024 Total Solar Eclipse Will Be Last One in US Until 2045, Scientists Say

The new information about C/2014 UN271 serves as a reminder of just how little we know about the cosmos, even when it comes to our own solar system, Jewitt said.

"The outer solar system remains an unknown place," he said. "We all have this idea because we live in the inner solar system, we know everything around us…. But actually that’s very, very far from true."

"[The comet] is quite big, [but] nobody noticed it before," he added. "It’s just a reminder that there are tens, hundreds of thousands [of objects] remaining to be seen in the solar system, when the technology gets there. Don’t think the solar system is a known place."

And that's something to celebrate.

"There’s no end of discoveries to be made," Jewitt said.