A mountain lion that is likely famed P-22 appears to have made a trek down from Griffith Park and the Hollywood Hills into Silver Lake.

An unusual sight was caught on camera by surprised residents Tuesday night when a mountain lion visited Silver Lake and other neighborhoods north of downtown Los Angeles.

The mountain lion, famed P-22, was wearing a tracking collar. Kathleen Lalap provided NBCLA with video of the big cat in a driveway in the Westerly Terrace neighborhood.

"My friend and I were stunned while sitting in my car,” she wrote.

The mountain lion walked toward the car, then casually strutted between it and a minivan and onto the street.

The sighting marks a visit outside P-22’s usual safe area to the north in the wilderness of Griffith Park and the Hollywood Hills, where several sightings have been reported in bordering residential areas over the past decade. He hid under a house once in nearby Los Feliz, but residents said Tuesday’s sighting caught them by surprise.

Another Tuesday sighting was in the Berkeley Circle area, not far from Silver Lake Boulevard, according to the Los Angeles Times. Marianna Palka told the times she hd never seen a mountain in the area. Another Berkeley Circle resident told the Times he saw what he thought was a coyotes on a neighbor’s doorbell camera. 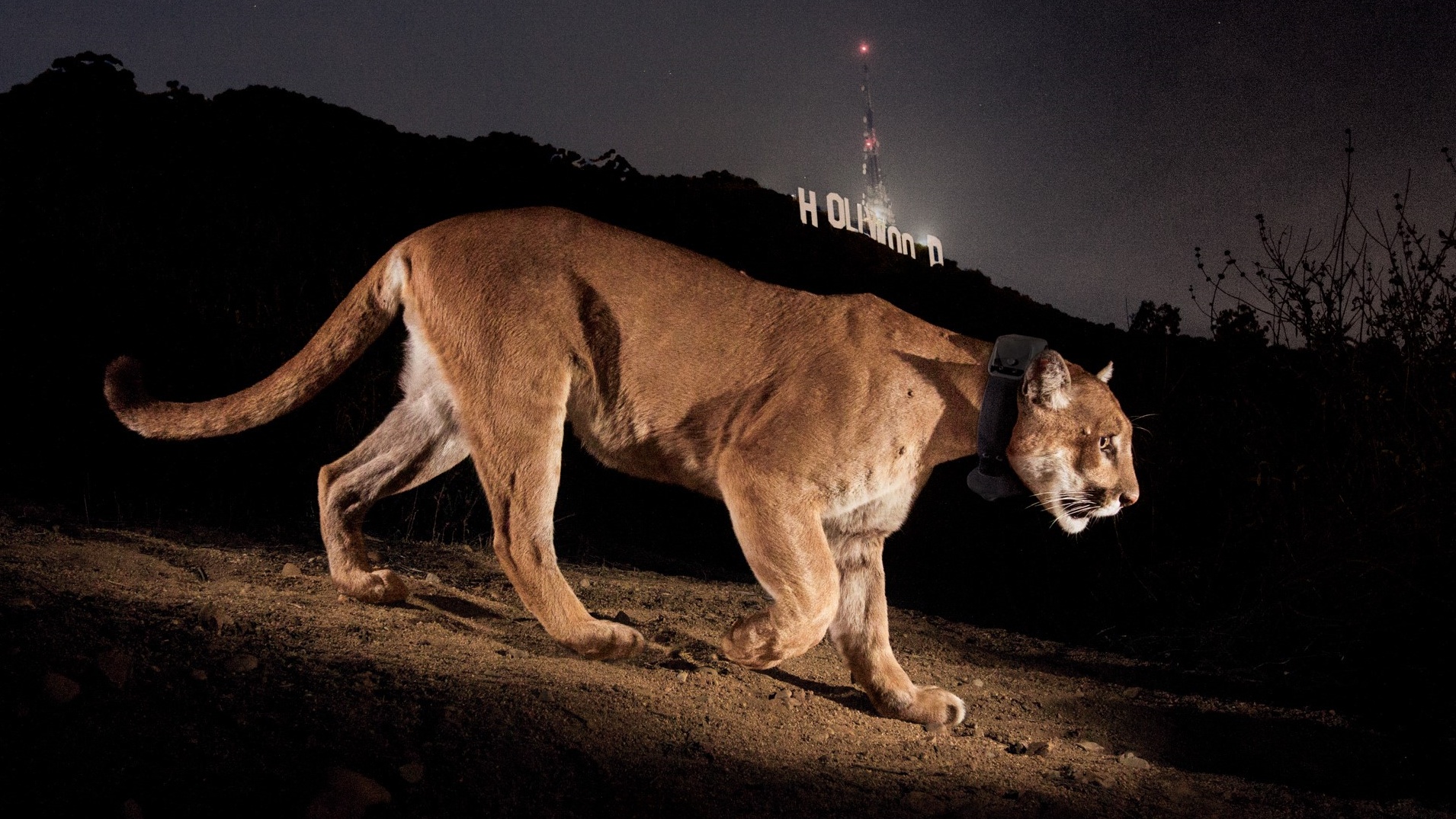 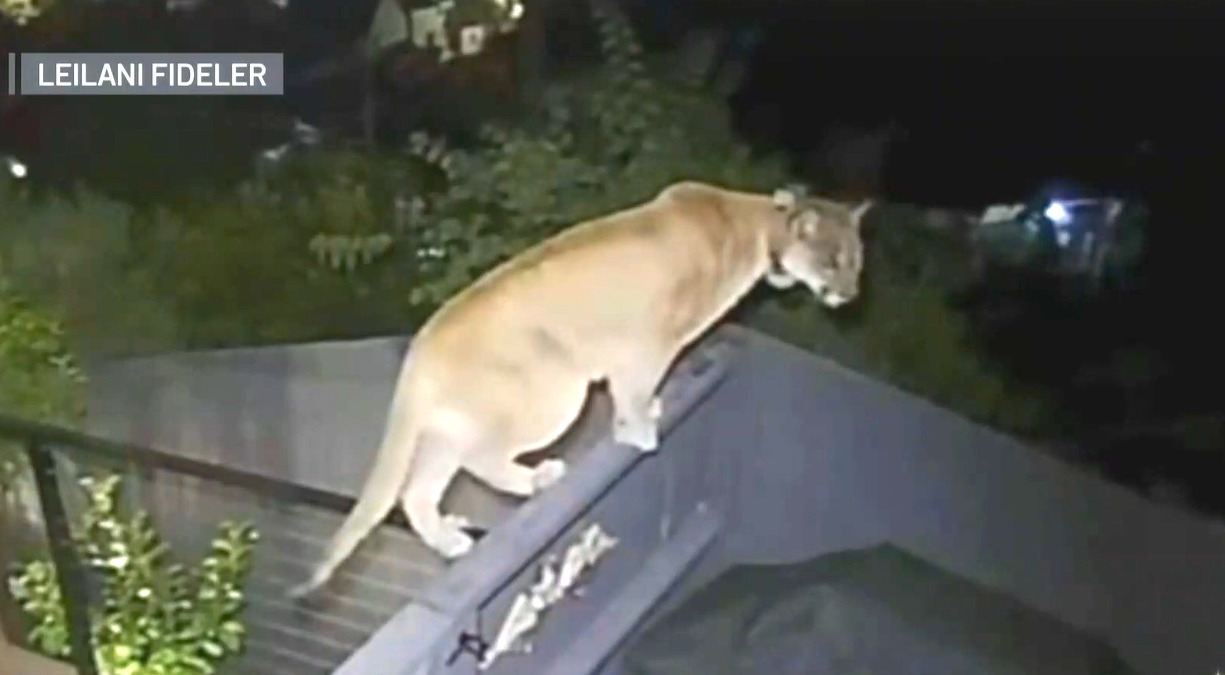 “We’re just standing there looking at each other and the light goes off,” Chris Blim said. “The only thing you see is the eyes, and that’s when the heart drops. This is not a house cat.”

There are no known mountain lions other than P-22 roaming the wilderness area in and around Griffith Park. On Thursday, authorities tracking P-22 said he appeared to be back in the park.

Researchers believe P-22 came from the Santa Monica Mountains. He somehow crossed the 405 and 101 freeways into Griffith Park about 10 years ago. Silver Lake is between Griffith Park and downtown Los Angeles.

The National Park Service tracks mountain lions to study how they survive in urbanized landscapes. The GPS radio collars provide researchers with detailed information about the mysterious big cats.

Los Angeles and Mumbai are the only two megacities in the world that have big cats living within the city limits, according to the NPS.