Ambassador Sergey Andreev arrived at the Soviet soldiers cemetery on Monday to lay flowers. A group of activists opposed to Russia’s war in Ukraine were waiting for him

Russia's ambassador to Poland was splattered with red paint thrown at him by protesters opposed to the war in Ukraine, preventing him from paying respects on Monday at a Warsaw cemetery to Red Army soldiers who died during World War II.

Russian Foreign Ministry spokeswoman Maria Zakharova denounced the attack, saying on her messaging app channel that “we won’t be scared” while the “people of Europe should be scared to see their reflection in a mirror.”

Ambassador Sergey Andreev arrived at the Soviet soldiers' cemetery to lay flowers on Victory Day, which marks the defeat of Nazi Germany by the Allies. The major Russian patriotic holiday was celebrated with pomp in a parade at Red Square in Moscow.

As he arrived at the Soviet Military Cemetery in the Polish capital, Andreev was met by hundreds of activists opposed to Russia’s war in Ukraine. The protesters first snatched away a wreath of flowers that he had intended to lay at the cemetery and trampled it. Red paint was thrown from behind at him before a protester standing beside him threw a big blob of it in his face. 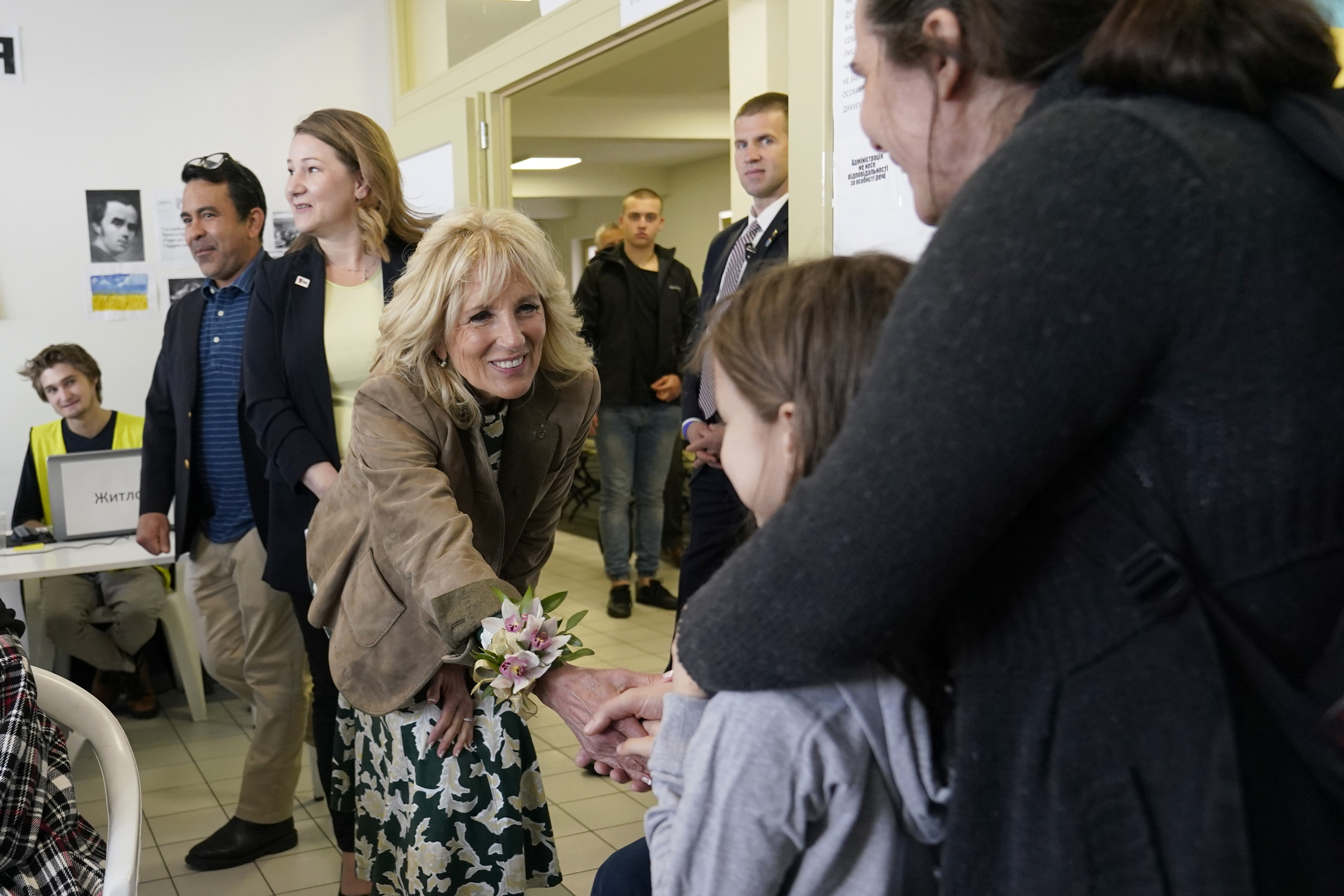 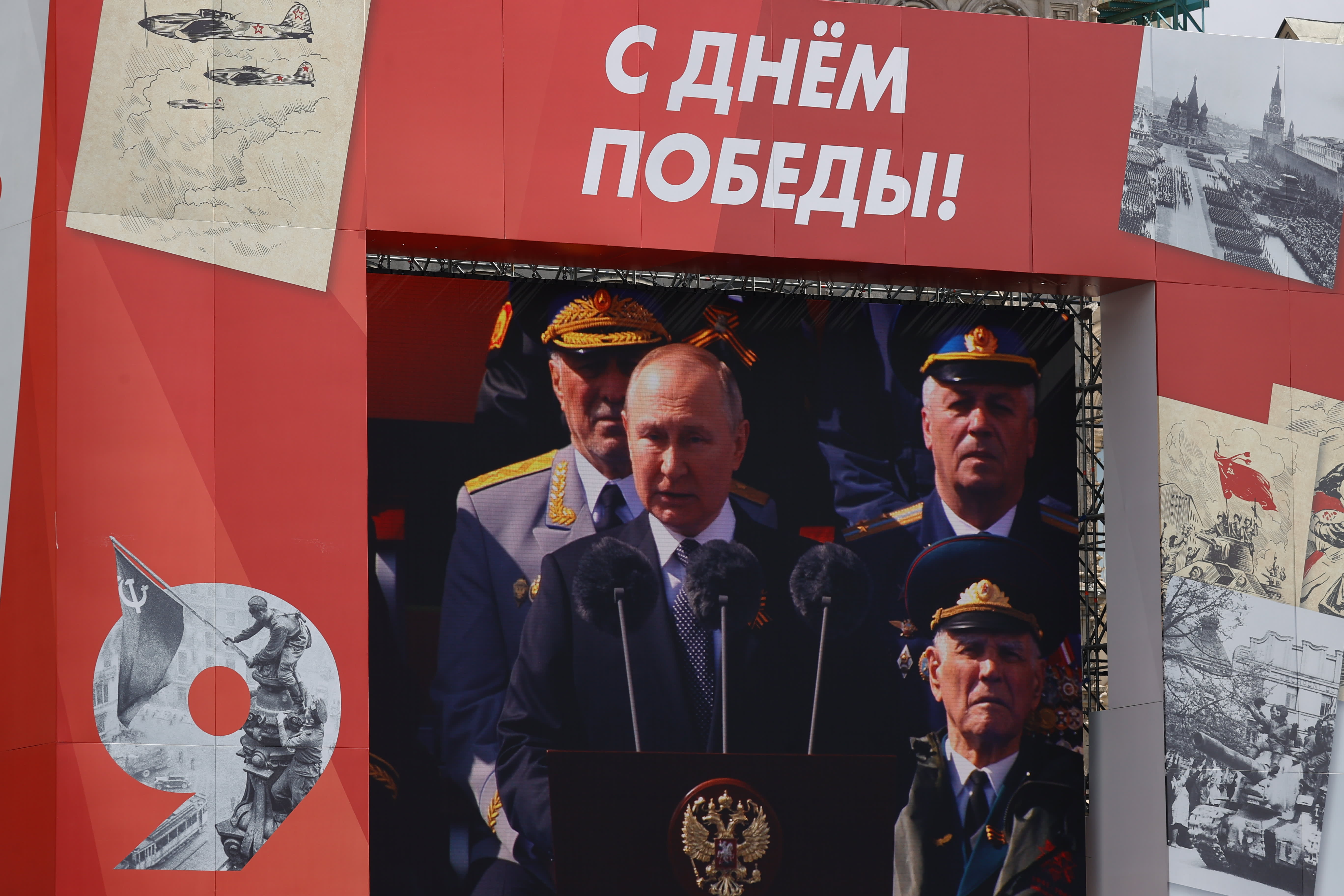 The protesters carried Ukrainian flags and chanted fascists” and “murderers" at him, in Russian, while some were dressed in white sheets smeared with red, symbolizing the Ukrainian victims of Russia’s war. Other people in his entourage were also seen splattered with what appeared to be red paint.

Zakharova said that “admirers of the neo-Nazis have once again shown their face.” She said that along with the removal of monuments to Soviet army World War II heroes, the attack reflected the “course for the reincarnation of fascism.”

Some Russian commentators suggested that the attack on the ambassador could prompt Moscow to recall him and ask the Polish ambassador to leave.

The Polish government faced criticism for not providing the ambassador with more security, allowing for an incident to occur that Russia could use to depict Poland as hostile to Moscow.

Among the critics was a former interior minister, Bartlomiej Sienkiewicz, who said he couldn't understand why there wasn't more protection for the ambassador when for weeks “you could feel how May 9 could end in Warsaw.”

As the Russian invasion of Ukraine has dragged on, the endgame has become less clear. NBCLX storyteller Clark Fouraker spoke to Philip Wasielewski of the Foreign Policy Research Institute about the war’s possible outcomes, which hinge on a key question: Does Russia want to fight — or find a way out?

Poland’s current interior minister, however, noted that Poland’s government had advised the Russian ambassador against laying flowers at the cemetery, and noted that police allowed him to safely leave the scene.

“The gathering of opponents of Russian aggression against Ukraine, where the crime of genocide takes place every day, was legal,” Interior Minister Mariusz Kaminski added. “The emotions of Ukrainian women taking part in the demonstration, whose husbands are fighting bravely in defense of their homeland, are understandable.”

Protesters also marched in Warsaw on Sunday evening to protest the war, bringing a tank on a tractor and parking it in front of the Russian Embassy. Since the war began on Feb. 24, images of Ukrainian tractors hauling off Russian tanks have been symbols of Ukrainian resistance.

The Soviet cemetery is set amid a vast park on the route linking downtown to the international airport. It is the final resting place of more than 20,000 Red Army soldiers who perished on Polish soil fighting while helping to defeat Nazi Germany.

While Poland has removed some monuments to the Red Army in the decades since it threw off Moscow-backed communist rule, it has allowed the cemetery to remain undisturbed. Though Soviet soldiers defeated the Nazis, earlier in the war the Soviet forces had invaded Poland following a secret agreement with the German Nazi government, and carried out atrocities against Poles, including mass executions and deportations to Siberia.

Even before Russia invaded Ukraine, the U.S. had been sending military equipment to the country for its defense. So where do these weapons come from? And how do these shipments affect our own military readiness? William Hartung, senior research fellow at the Quincy Institute for Responsible Statecraft, joined NBCLX storyteller Clark Fouraker to explain.
Copyright AP - Associated Press