A Los Angeles County sheriff's deputy who allegedly agreed twice to oversee deliveries of narcotics and other contraband in exchange for cash payments was arrested Tuesday with three other men on federal narcotics charges.

Deputy Kenneth Collins and the others were arrested by FBI agents after arriving in Pasadena, allegedly to provide "security" for the transport of nearly 45 pounds of cocaine and more than 13 pounds of methamphetamine, according to the U.S. Attorney's Office.

During the FBI's undercover investigation, Collins allegedly agreed that he and his team would accompany the narcotics and take calculated steps to prevent legitimate law enforcement from intercepting the drugs -- in exchange for cash payments as high as $250,000, according to federal prosecutors.

Collins, 50, of Chino; David Easter, 51, of the Hyde Park district of Los Angeles; and Grant Valencia, 34, of Pomona, were charged in a federal criminal complaint filed in Los Angeles federal court last week.

The three allegedly provided security in November for the transport of what they thought was 13 pounds of methamphetamine, as well as marijuana and counterfeit cigarettes, according to the document. In justifying the high fees for his services, Collins -- a 15-year veteran of the sheriff's department -- told an undercover FBI agent "we're cops" and "all of our transports make it through," court papers allege.

A fourth man -- Maurice Desi Font, 56, of South Los Angeles -- was charged in a second criminal complaint with conspiracy to distribute controlled substances. All four defendants appeared in court in downtown Los Angeles Tuesday. Collins, Valencia and Font were all taken into custody, with a tentative court date of Jan. 30. Bail was set at $100,000 for Easter. He is tentatively due back in court Feb. 6.

"Deputy Collins sold his badge to assist an individual he thought was a drug trafficker," said U.S. Attorney Nicola T. Hanna. "The deputy allegedly used his status as a law enforcement officer as a guarantee when he promised safe travels for large quantities of illegal narcotics."

Hanna said the case "is part of our long-standing and ongoing commitment to root out corruption, particularly when it involves sworn law enforcement officers."

Over the past several years, the U.S. Attorney's Office in Los Angeles has won convictions of 21 now-former sheriff's department members -- including ex-Sheriff Lee Baca and former-Undersheriff Paul Tanaka -- in connection with various crimes uncovered during a wide-ranging FBI investigation of the jails.

The Los Angeles County Sheriff's Department issued a statement noting that it brought the allegations of criminal misconduct against Collins to the attention of federal investigators several months ago. 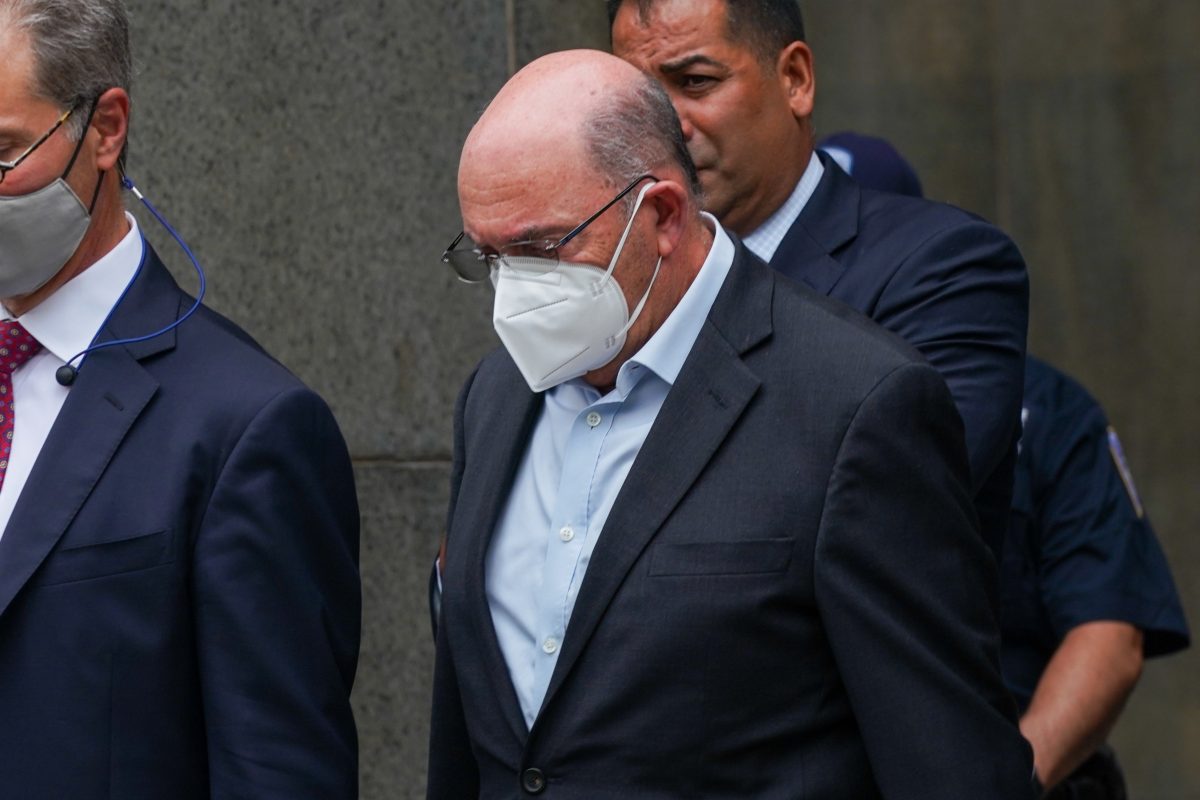 "Since that time, the LASD has been directly cooperating with the Department of Justice and Federal Bureau of Investigation during all aspects of the investigation," according to the department.

"It's certainly kind of a kick in the gut to all of us," he said. "Not only to all of us in the profession, but to the community members we serve as well. We're all set back a little bit by this."

Collins was most recently assigned to the County Services Bureau. He has been placed on administrative leave, according to LASD.

"The Los Angeles County Sheriff's Department expects all of its members to hold themselves to the highest ethical and professional standards at all times," the department said. "The allegations presented are very serious and of great concern to the Department and the communities we serve."

"When allegations of criminal activity involve law enforcement, we have systems in place to root out misconduct in the organization and any Department member who chooses to violate the law and public trust," according to the statement.

"The LASD will continue to work with our federal partners in all aspects of the investigation."

The affidavit in support of the complaint outlines an alleged scheme in which Collins agreed to accept tens of thousands of dollars in cash in exchange for providing security during the transportation of large quantities of drugs from the Los Angeles area to Las Vegas, Nevada.

On Nov. 14, after Collins negotiated a $25,000 payment in exchange for providing security during the transport of contraband, Collins, Easter and Valencia participated in a caravan that traveled to Las Vegas, prosecutors allege. During negotiations for the transport of multiple pounds of cocaine and meth, plus cash, from Pasadena to Las Vegas, Collins allegedly said he would bring a larger team than used during the November transport, and those additional members would include other law enforcement officers, court documents state.

When the team arrived Tuesday at the pre-determined location, Font was the alleged fourth member of the team. According to the affidavit, the FBI had been investigating Collins in relation to an alleged scheme to accept cash payments in exchange for providing security for illegal marijuana grow facilities, as well as assisting in the distribution of controlled substances.

An undercover FBI agent "who was posing as a family member of a wealthy investor looking to finance an illegal marijuana grow house " first met with Collins in August, the document alleges. The U.S. Attorney's Office contends Collins offered to provide security for an illegal marijuana grow house and claimed to have three "teams" that already provided security for drug operations across San Bernardino and Los Angeles counties.

During one of the August meetings, Collins allegedly displayed his Sheriff's Department badge and lifted his shirt to reveal a firearm hidden in his waistband, which investigators believe was to emphasize that he was a law enforcement officer and his services therefore were more valuable to a drug organization, according to prosecutors. According to the affidavit, that meeting concluded with the undercover agent paying Collins $5,000 in "good faith" money for future services.

Over the course of several meetings, Collins also offered to "fix problems" for the undercover agent, including by physically assaulting people, in exchange for cash, the affidavit alleges. Collins claimed to have a very "professional ... team" comprised of "cops" who "travel ... with guns," federal prosecutors allege.

Paul Delacourt, the assistant director in charge of the FBI's Los Angeles field office, alleged that Collins "used his position of trust and appropriated his authority to conduct lucrative criminal activity with others at the expense of Los Angeles County residents." "While our investigation continues to determine whether others may have been involved, this should not be viewed as an indictment of the many dedicated servants at the Los Angeles County Sheriff's Department, some of whom brought this unlawful activity to our attention," Delacourt said. If convicted of the drug trafficking conspiracy alleged in the criminal complaints, each defendant would face a sentence of up to life in prison, according to the U.S. Attorney's Office.

The Association of Los Angeles County Sheriff's Deputies issued a statement saying the arrest of a deputy "is always shocking and very disappointing."

"As outraged as the public may be over these accusations, I guarantee you the men and women of the sheriff's department are twice as upset," according to the union. "We urge the public not to lose faith in the vast majority of deputies who every day demonstrate their commitment to the community with their honesty, integrity, bravery and hard work."

Collins once taught an "Emerging Leaders" reform program for ex-offenders program, according to the San Gabriel Valley Tribune. Valencia was part of Collins' classes. Collins told the newspaper in 2014 that he grew up poor in South Los Angeles and was in the military.