In recent weeks, Los Angeles Mayor Eric Garcetti has touted the 109,000 jobs that were added since he took office in 2013

In a speech that drew on the city's improving job numbers to paint an optimistic portrait of Los Angeles's future, Mayor Eric Garcetti declared Thursday that the state of the city is "not only strong, it's getting stronger every day."

Garcetti, speaking on the factory floor of Noribachi, an LED maker near the Port of Los Angeles, said the city's investment in its trade hubs, efforts to cut bureaucracy and programs aimed at helping residents find jobs have led to an improved economic outlook for the city. One indication of this is the unemployment rate which was 12 percent a year before he assumed office in 2013, and has now been slashed in half, he said. The city has also gained 109,000 new jobs, he said.

Garcetti used the port, which recently experienced its busiest quarter in its 109-year history, and the story of Noribachi, which moved from New Mexico to Los Angeles in 2012, to illustrate the city's attractiveness as a tech-friendly and global place to do business. 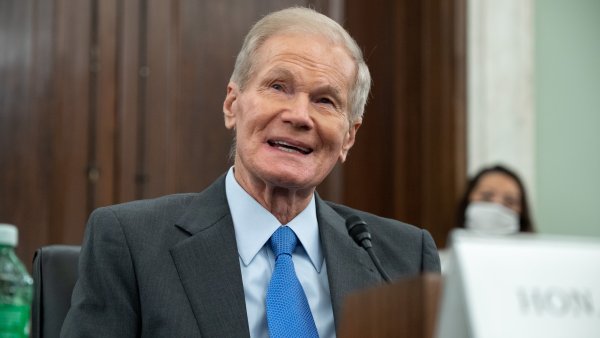 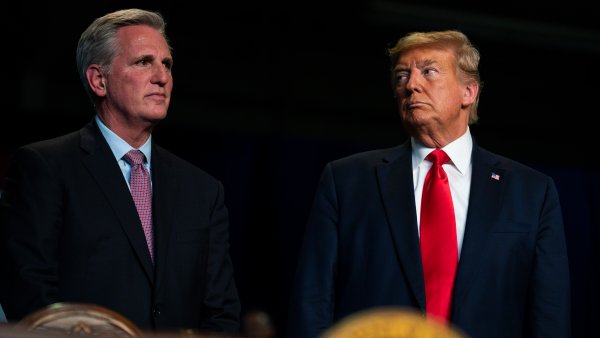 GOP Seeks Unity, Even If That Means Embracing Election Lie

When the owners of Noribachi, which does business in nine nations, sought to expand, the city was able to successfully promote its "proximity to America's port."

Even though the company paid lower taxes in New Mexico, Los Angeles put the company "closer to the nation's most robust supply chain, and that helped cut costs," he said.

The company, which makes customized LEDs, has seen its revenues go up 340 percent and doubled the number of its employees to 170.

"We helped launch them, because they reflect who we are as Angelenos, and who we want to be as a city -- they're high-tech, they're inventive, they're green and they're global," he said.

Garcetti added the company's plan to pay its workers at least $15 per hour reflects the city's values. Although the mayor has no formal role in education, Garcetti announced his support for the Los Angeles Community College District's goal of offering one free year of college education to all Los Angeles Unified School District graduates.

The target is part of a larger effort to meet President Barack Obama's call last year to make community college education free. Garcetti is expected to help the college district with a $3 million fundraising effort, with the goal of implementing this program within a year, board member Scott Svonkin told City News Service.

The college district would match any funds Garcetti is able to raise. Garcetti also harkened back to his earlier state-of-the-city theme of returning basic issues such as improving the delivery of city services, saying that residents are "seeing an attention to detail they thought government had given up on," he said. Garcetti said Angelenos are seeing that their city "can do big things" such as restoring the Los Angeles River, bidding for the Olympics, and bringing an NFL team back to Los Angeles. Garcetti also highlighted an initiative to clean the city's streets, and an analysis that found areas such as South Los Angeles, Highland Park and Westlake were especially littered with abandoned bulky items like mattresses and tires.

After city officials stepped up its efforts, a resident in South Los Angeles can now expect to see her trash picked up as quickly as anywhere else in the city, he said. Later in his speech, Garcetti turned his attention to the challenges still faced by the city, including its rising crime rates and homelessness. Garcetti said "crime is going in the wrong direction" around the nation, with Los Angeles no different.

He said the city's approach to crime needs to be "smart and targeted."

His proposed budget expands the overtime funding for police and gives desk duties to civilians, so an equivalent of about 260 officers can stay on the streets. Garcetti said the city has also opened an "office of re-entry" to help formerly incarcerated Angelenos find jobs.

Garcetti also addressed housing, pledging to double the number of affordable units that are built and preserved in Los Angeles, saying housing "shouldn't be a privilege, it needs to be a right."

But he added that while there may be "common ground" with proponents of a ballot measure calling for a two-year moratorium on building large projects, he wanted to make it clear that "we cannot put brakes on development."

"That will not get us out of this crisis," he said. "It will only make things worse, because fewer housing units means more people getting priced out of our city."

He also announced that his budget proposal will address homeless individuals, including $138 million to put toward housing and services for the homeless. Garcetti added that he is aiming to qualify a ballot measure next year to ask voters for funding for future years. He also called on the City Council to pass his proposal to charge developers a fee that will be used toward the homelessness programs.