Trump Says He Spoke to a Taliban Leader, Had ‘Good Talk'

President Donald Trump confirmed Tuesday that he spoke on the phone to a Taliban leader, making him the first U.S. president believed to have ever spoken directly with the militant group responsible for the deaths of thousands of U.S. troops in nearly 19 years of fighting in Afghanistan.

Trump said the United States has a shared interest with the Taliban, which harbored al-Qaida before the 9/11 attacks.

The United States and the Taliban signed an agreement last Saturday calling for the withdrawal of American troops, allowing Trump to make progress on a key campaign pledge to extract the U.S. from what he calls "endless wars" and paving the way for all-Afghan talks to begin on Tuesday.

Trump suggested the phone call, which the Taliban said lasted 35 minutes, was not his first. Asked if Tuesday was his first conversation with a leader of the Taliban, Trump said, "I don't want to say that."

Earlier, Taliban spokesman Zabiullah Mujahid tweeted that the president had spoken on the phone with Mullah Abdul Ghani Baradar, a co-founder of the Taliban and head of their political office in Qatar.

"The relationship is very good that I have with the mullah," Trump said. "We had a good long conversation today and, you know, they want to cease the violence. They'd like to cease violence also." 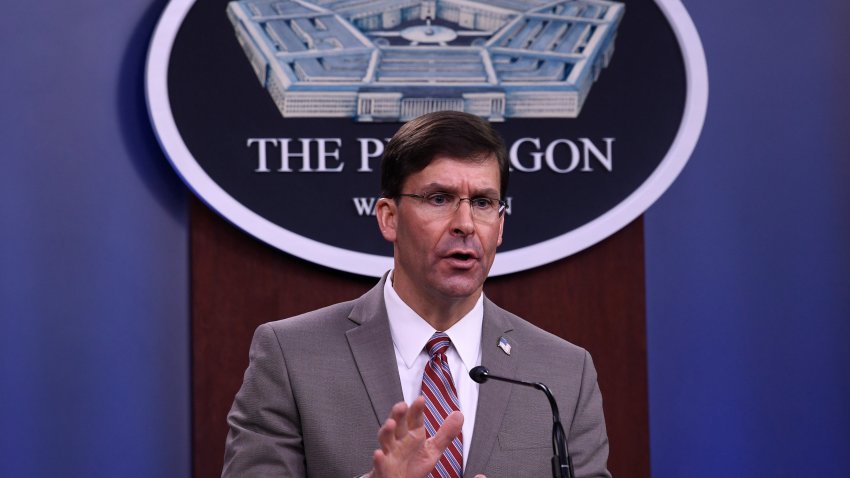 Esper: US to Start Initial Troop Pullback From Afghanistan 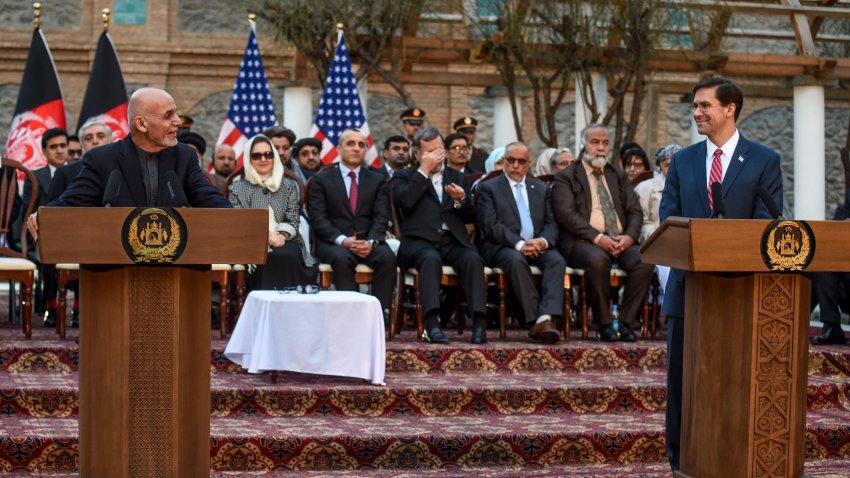 Secretary of State Mike Pompeo witnessed the agreement, which was signed last Saturday in Doha, Qatar, by chief negotiators from the two sides. According to the deal, all 13,000 U.S. troops will leave Afghanistan within 14 months if the Taliban meet their obligations to America. Those promises are tied to fighting terrorism, preventing Afghanistan from becoming a haven for terrorists, denouncing terrorist groups, severing past links with the likes of al-Qaida and helping fight the Islamic State group affiliate.

It also envisioned talks between Afghans on both sides of the conflict starting March 10, most likely in Oslo, Norway. But so far there's no confirmation that important next step will take place. The U.S. withdrawal is not tied to Afghanistan's warring sides figuring out how to talk to each other, let alone coming to an agreement on what peace among them will look like.

Already there are hurdles. Afghan President Ashraf Ghani has refused to release up to 5,000 Taliban prisoners, which the agreement said would happen before the start of the so-called intra-Afghan negotiations next week. The Ghani administration claims those releases will be part of negotiations. The Taliban are to release up to 1,000 Afghan government and military captives.

Trump said it's still unclear what the Afghans will do when and if they sit with the Taliban and attempt to draft a peaceful political future for the nation. "The country really has to get it ended. We've been there for 20 years. Other presidents have tried and they were unsuccessful," he said.

In addition to the tweet, the Afghan Taliban also released a statement, saying the phone call took place shortly after 9:30 a.m. EST. SITE Intelligence Group, which monitors communications from militant organizations, said the Taliban statement claimed the call was held in the presence of a number of members of the Taliban negotiating committee and Zalmay Khalilzad, the U.S. envoy who negotiated the deal.

According to the statement, the phone conversation was about how both sides will implement the agreement. Baradar assured Trump that if the United States honored the agreement, then the U.S. and the Taliban will have "positive bilateral relations," the statement said.

The statement said the Taliban leader told Trump: "Mr. President! Take determined actions in regards to the withdrawal of foreign forces from Afghanistan and do not allow anyone to take actions that violate the terms of the agreement thus embroiling you even further in this prolonged war."

The White House provided no additional details about what was said on the call.

In the past, people have wrongly believed that President Ronald Reagan had a meeting with the Taliban. In 1983, Reagan hosted five "Afghan freedom fighters" in the Oval Office. At the time, the U.S. was backing these Afghan fighters battling the Soviet Union. The Taliban was not formed until the 1990s.

In the 1980s, the U.S. was among those who encouraged hundreds of Arab fighters to travel to Afghanistan to fight alongside the Afghan mujahedeen, or holy warriors, against the Soviet Union's forces there. Today, many of those fighters make up the Taliban leadership, while others are in power in the U.S.-backed Afghan government.

As the war came to a close in 1988, many of the Arab fighters united to follow the wealthy Saudi leader Osama bin Laden to create al-Qaida, which orchestrated the attacks on the United States on Sept. 11, 2001.