The 27-year-old Trout is tied with Alex Rodriguez as the youngest players to win the award six times.

Mike Trout was presented with his sixth Silver Slugger award, emblematic of being one of the American League's three best offensive outfielders in 2018, before Friday night's Los Angeles Angels-Texas Rangers game at Angel Stadium.

The award is determined by a vote of major league managers and coaches, who are barred from voting for players on their own teams.

The 27-year-old Trout is tied with Alex Rodriguez as the youngest players to win the award six times. It has been presented since 1980. 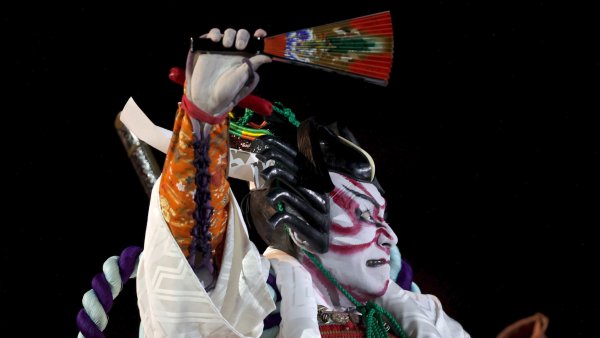 Kabuki Theater Took the Stage at the Olympics Opening Ceremony

Gymnastics at the Tokyo Olympics: What to Know for 2021

In 2018, Trout led the American League in on-base percentage, .460, was third in slugging percentage, .628, fourth in batting average, .312, and tied for fourth in home runs with 39 despite being sidelined for 19 games because of right wrist inflammation, sustained sliding into third base.

He also led the league in walks with 122 and intentional walks with 25.

Trout hit his first home run of the 2019 season in Thursday's 11-4 loss to the Rangers in the Angels home opener.