The Clippers played without their starting unit as Chris Paul, DeAndre Jordan, Blake Griffin, J.J. Redick and Austin Rivers all did not make the trip to Utah. Instead the under-manned and underrated Clippers put on a show for the ages.

Paul Pierce shined, scoring 18 points, knocking down a season-high seven field goals including four from beyond the arc. Cole Aldrich had 30 points, 18 rebounds and five steals.

Utah was facing a must-win game as they continue to fight for the eighth and final playoff spot in the Western Conference. On the flip side, the game was all but meaningless for the Clippers who have already secured the No. 4 seed (but don't tell the Clippers bench that). 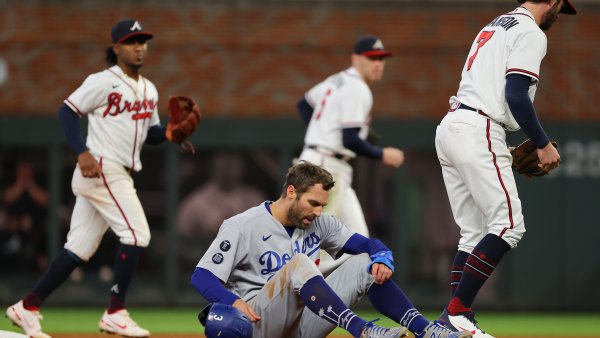 Led by "Sixth Man of the Year" candidate Jamal Crawford, the Clippers stood toe-to-toe with Utah – one of the best home teams in the league – for 53 minutes.

The Clippers trailed by four points at halftime, but the Jazz went cold to start the third quarter and the Clippers opened up a double-digit lead. Things continued to go poorly for Utah at the start of the fourth quarter, but a bizarre four-point play, turned the tide for the Jazz.

Clippers forward Jeff Green was injured on a sequence with just under seven minutes remaining. Aldrich ran up to commit an intentional foul on Jazz guard Shelvin Mack, who threw his arms up in the air as if he were shooting. The referee awarded Mack three free-throws, a call that ignited Clippers coach Doc Rivers.

Rivers was assessed a technical foul – which Mack also shot – and the Jazz had an old fashioned four-point play, cutting the Clippers lead to two points. The Clippers went cold in the aftermath of the bad call and the Jazz racked up 13 unanswered points, before Green returned to the game and hit a three with two minutes left.

But the Clippers would rally down the stretch, led by Aldrich who had a monster block and the game-tying bucket with two seconds left.

The game was tied for most of overtime until Crawford drained the game-winning three-pointer with virtually no time left on the clock to give the Clippers the victory.

"Doc grew up a great play and my teammates had confidence in me," Crawford told Kristina Pink of Fox Sports West. "Paul [Pierce] recognized the mismatch, we knew at a certain point they couldn't trap anymore, we ran and got the switch, and I have a lot of confidence taking those shots."

Gordan Hayward had 24 points and 13 rebounds in the loss. Rodney Hood and Mack had 13 points each.

1. Clutch Crossover: Jamal Crawfod aka "J. Crossover" continued to state his case for the NBA's "Sixth Man of the Year." Crawford had a game-high 30 points, and drained the game-winning three-pointer as the Clippers reserves stunned the Utah Jazz.

2. The Truth Shall Set You Free: Paul Pierce aka "The Truth," returned from an ankle-injury and had his best game of the season on Friday night. Pierce had 18 points on a season-high, seven field goals.

3. No Starters? No Problem: The Clippers played without four starters on Friday and took care of business against the Utah Jazz. Chris Paul, J.J. Redick, Blake Griffin and DeAndre Jordan did not play in the game.

The Los Angeles Clippers (50-28) will head back to Staples Center where they will host the Dallas Mavericks in a matinee on Sunday at 12:30PM PST.

The Utah Jazz (39-39) continue their quest to make the playoffs when they travel to Colorado to tackle the Denver Nuggets on Sunday at 5:00PM PST.