World Series 2018: The Best Storylines to Watch for During the Fall Classic

We take a look at the best storylines between the Los Angeles Dodgers and Boston Red Sox in the 2018 World Series.

The teams are set for the 114 edition of the World Series.

The Los Angeles Dodgers will look to exorcise some previous postseason demons when they take on the Boston Red Sox in the Fall Classic.

Whether you're a diehard fan of either team, a casual fan of baseball, or just simply tuning in for the first time because it's the World Series, we have you covered with the best storylines to watch for: 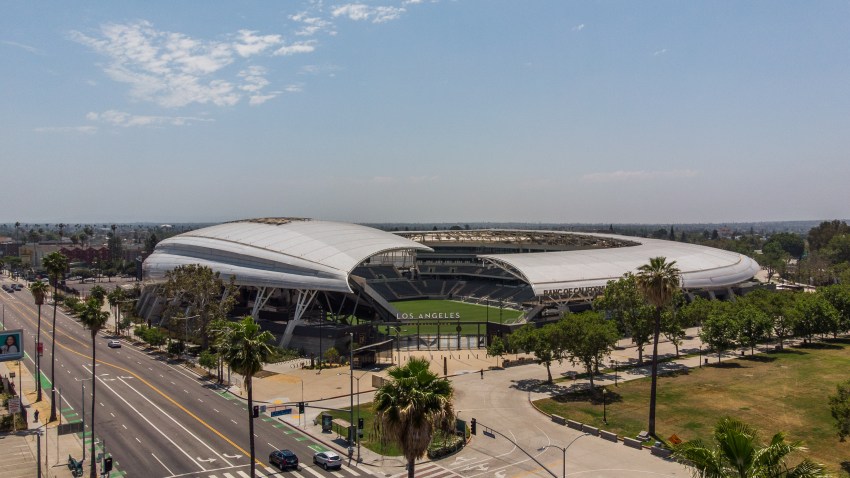 Game 1 features a pitching fan's dream, as two of the best to ever toe the rubber face off on Tuesday night.

Kershaw ranks first in ERA+ among all active pitchers in MLB history, and Sale ranks ninth, so if you like runs, this might not be the game for you.

Sale struggled with injures at the end of the season, and lost velocity during his starts in the ALDS and ALCS, respectively. However, after missing his start in the ALCS with a belly button infection, Sale is on nine days rest for Game 1 of the World Series.

Kershaw has been hit or miss in the postseason over his career, and has never pitched at Fenway Park before. He could be dominant, or he could collapse, honestly, it's a coin flip.

Belli vs. The Belly Button Ring

Dodgers reigning NL Rookie of the Year winner Cody Bellinger turned a lot of heads when he overcame a 1-for-21 start to the postseason with a walk-off hit in Game 4 of the NLCS, and the go-ahead homer in the winner-take-all Game 7 in Milwaukee.

The 23-year-old slugger won the NLCS MVP, but is not expected to start in Game 1 against Red Sox ace Chris Sale. Bellinger's defense is elite, and when ready, his bat is lethal. Dodgers' manager Dave Roberts won't want to leave him on the bench for long, so it will be interesting to see if he faces Sale at any point in the game.

Meanwhile, Sale hasn't been himself this postseason, and missed his last start in the ALCS against the Houston Astros because of a stomach infection caused by a belly button ring.

Sale hasn't pitched in nine days, and whether or not he's fully healthy and his velocity is back will be a storyline to follow.

The basketball matchup between the Lakers and Celtics goes back decades and thanks to Dodgers owner Magic Johnson and Boston legend Larry Bird, both fan bases will be ready to butt heads during this showdown of two of the most historic franchises in baseball history as both teams have combined to play in 33 World Series overall.

For many players on the Los Angeles Dodgers, this is their first time at Fenway Park. Not just this season, but ever! One of those players unfamiliar with Fenway is Game 1 starter Clayton Kershaw, who has never pitched in front of the Boston strong, or seen a ball go over the Green Monster in his career.

Speaking of the Green Monster, a handful of younger players like Austin Barnes, Cody Bellinger, Ross Stripling, Alex Wood and Kyle Farmer, all went inside the 37-foot high green monstrosity and signed their names on the legendary walls within.

Similar to a WWE villain when he enters the ring at a sold out arena, former Baltimore Oriole and current Dodgers shortstop, Manny Machado, is expected to be greeted by a chorus of boos when he's announced at Fenway Park.

Boston is all-too familiar with Machado's reputation, as he famously slid into second base and spiked the back of the knee of Red Sox captain Dustin Pedroia during a game in 2017.

Machado was hit in the head with a fastball the next day, and then thrown at again by Chris Sale when the two teams met again a month later, prompting a profanity laced tirade by Machado after the game.

It's an unfamiliar feeling for the Boys in Blue, but the two-time reigning National League pennant winners, and six-time NL West Division champions (in a row) are entering their matchup with the Boston Red Sox as the dark horse.

The Dodgers are David in this parable, trying to defeat the giant Goliath, in the Red Sox. Boston has won three World Series championships in the last 15 years, and enter the Fall Classic as the overwhelming favorite after winning 108 games during the regular season.

The Dodgers will look to take down Goliath and in the process, win their first World Series title in 30 years.

For the first time in the 116-year history of the World Series, two minority managers will square off against each other in the Fall Classic.

Dodgers manager Dave Roberts is of Japanese and African-American descent, and is the first minority manager in Los Angeles Dodgers franchise history.

Alex Cora was born and raised in Puerto Rico and is in his first season as manager of the Boston Red Sox.

“This game of baseball, it’s great in any language,” said Dodgers utility man Enrique Hernandez, who is Puerto Rican. “This shows you the game is moving in a great direction.”

In addition to both managers being minorities, they were also former teammates with both the Dodgers and the Red Sox, marking the first time in MLB history that two former teammates face off against each other, let alone teammates of both teams.

A Tale of Redemption

The Dodgers are seeking redemption after a heartbreaking defeat at the hands of the Houston Astros in seven games in the 2017 World Series.

The Dodgers blew leads in two of the four games they lost, and fell behind 5-0 to start Game 7 at home. There's no worse feeling than losing a Game 7 in the World Series, but to have it happen on your own turf is even tougher.

After a rollercoaster ride of a season that saw the Dodgers overcome adversity and fight each and every time their backs were against the wall, Los Angeles got back to the World Series with a shot at turning the agony of a World Series defeat into the sweet thrill of their first title in 30 years.