A new exhibit looks back at some whimsical buildings.

Never Built Los Angeles: No one can dispute that we get some wacky structures and whimsical buildings around these parts, but consider the fact that not every design planned for our city came to pass. A new exhibit at the Architecture and Design Museum considers those towers, pavilions, and public spaces that were planned, sweated over, discussed, rendered, and never, ever constructed. Some buildings are space-age-y, some gorgeous, and all worth considering. Opening date is Sunday, July 28, with an opening reception on the 27th.

Dragon Boat Festival: Long Beach is known for hosting one of the state's preeminent dragon boat competitions -- think of beautifully painted boats, the on-board drumming, and the rowers all working together -- but this Saturday, July 27 and Sunday, July 28 festival is also about traditional acrobatics, martial arts, dancing, and eats. It's a true fest, in other words, both on the water and on land. Oh, and that land? It's at Marine Stadium.

Drenched 5K: Running a race used to be, well, running a race, but colorful, outlandish, and thematic runs have become kind of a Thing, capital T, in the last few years. Yep, there are by-moonlight night runs, and color runs, too (where you get covered in dye). Drenched, which hoofs it at Exposition Park on Saturday, July 27, is very much about H20. Fire hoses and foam and "misting tunnels" will keep the participants cool and a mite soggy. Now that we think about it, it has been too long since we've dashed through a sprinkler. 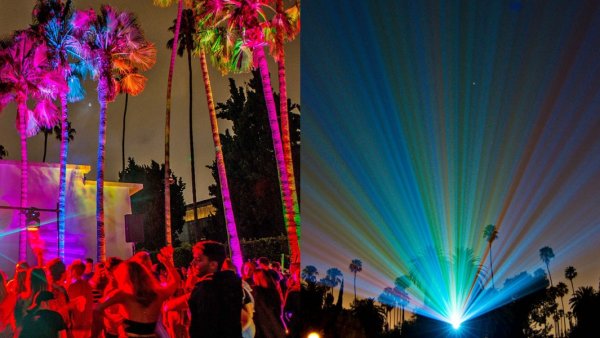 Downtown Burbank Car Classic: If vintage dream machines had a home address, it might be Burbank. Not only does the city embrace its mid-century-ness in look and vibe, but Bob's Big Boy is a nexus for all things classic car every Friday night. Many of those cars, we'll guess, we'll be at this gleamy gathering. Some 200 autos are expected (filling up six blocks). The classic rolls on Saturday, July 27 but you can get an early peek at Bob's on Friday, July 26.

Summer Soda Tasting: We know, we know, a retro soda tasting seems oh-so-Burbank but you'll have to head east to Galco's Soda Pop Stop for this one. You'll sip lots of unusual flavors, chat with pop enthusiasts, and get to try your hand at mixing your own soda, if you wish. Your $15 day-of ticket -- the day of, by the by, is Sunday, July 28 -- helps out Friends of the Southwest Museum. So raise a fizzy bottle to carbonated community support, good people of Highland Park, Eagle Rock, and greater LA!