We are in a place that documents how far AAPI hate can go, from the internment of thousands of Japanese Americans during World War II simply because of their ancestry. Ted Chen hosts a panel, opening up the floor to the AAPI community.

Manju you’ve been keeping track of the numbers of these hate incidents, and they keep going up. Tell us what the trends are right now and what are the reasons you believe they are going up?

Manju Kulkarni/Stop AAPI Hate: We’ve been documenting for the past year incidents of hate against Asian Americans and Pacific Islanders and sadly the numbers are increasing. Additionally, we know that women are being targeted. Sadly 68% of the reports are coming from women, and they’re bearing the brunt of this hate.

How would you describe the difference between a hate incident and a hate crime?

Manju Kulkarni: A hate crime does have some underlying criminal element, so we think of that most often as battery, as sexual assault or rape or in the worst case homicide. And so when we think of hate incidents, they’re different right, someone says something to you on the street making a comment, a refusal of service.

Connie there are people who believe Atlanta was not a hate crime, they say this was about addiction. What would you say to people who think that way?

Connie Chung Joe/Asian Americans Advancing Justice: I would say you have to look at the full context of what happened in Atlanta. You had a man who purposefully chose an Asian business, an Asian spa where it would be employed by Asian women. He chose to shoot that one up, and then he traveled 27 miles to find two more Asian spas employed predominantly by Asian women and to shoot them up, so you have to look at the context of his actions not just his words. No matter what you do in this country, Asian Americans are seen as foreigners. At times when this country feels threatened or insecure, we often get scapegoated. 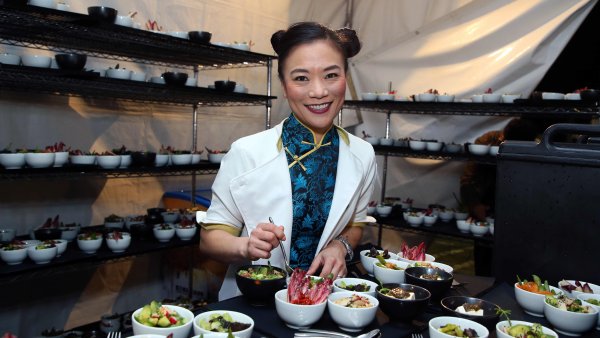 Guy, there’s plenty of agreement that Hollywood and entertainment play a big role in all of this and the perception of Asian Americans. It took you some 20 years to convince Jay Leno that his dog eating jokes about Asians was wrong and hurtful.

Guy Aoki/Media Action Network for Asian Americans: I think what finally got him to apologize was the economic pressure. If you don’t fire Jay Leno, we’re going to go after your advertisers. And Jay was profusely apologetic, “I’m sorry, I’m sorry, I don’t know what I was thinking.” He said, “when you talked to me about the hate crimes going on, now that really got to me.”

Manju Kulkarni/Stop AAPI Hate: At South Bay AAPI hate, we looked at some of the comments that former President Trump made using terms like “China virus” “Wuhan virus” and “kung flu.”

Yet 70 million people in this country voted for him, many of whom may say, “well I’m not racist. What’s the big deal?”

Manju Kulkarni/Stop AAPI Hate: Well I think our data shows it is a big deal because it's having those impacts where people are being discriminated against, where they’re experiencing housing loss and job loss.

Connie Chung Joe/Asian Americans Advancing Justice: It is that constant perpetuation that we are foreigners that ties into what is the very dangerous situation we are seeing right now.

And how do we change that?

Manju Kulkarni/Stop AAPI Hate: Well I think we use the data that we have. We use the experiences and the stories.

Chancee Martorell/Thai Development Community Center: It's very important that the broader community does not see us as this monolithic community and race. We have so many unique cultures and so many ethnic groups and our experiences are so different. We understand that there is a lot of desperation, sheer desperation among people, but that is not the reason to lash out and to scapegoat a community that itself is already suffering.

Christina, your organization is about resolving conflicts. Say you have someone in the room who blames all Asian people for a particular problem, COVID or otherwise, and you have a victim of a hate incident. What do you do in that situation?

Christina Kataoka/Asian Pacific American Dispute Resolution Center: Conversation. It’s about telling our own lived experiences, and maybe once you understand why we hurt, and you accept that we are hurting in this specific instance, you’ll understand why we see it in a particular way.

Guy Aoki/Media Action Network for Asian Americans: I want Hollywood to do more about the various Asian American experiences. What it's been like to be in this country where you feel more American than anything else. You grew up watching the same TV shows, you grew up liking the same sports teams, and you’re always the perpetual foreigner. You’ve never been given the benefit of the doubt that you’re just as American as the next white guy and as the next black guy.

Christina Kataoka/Asian Pacific American Dispute Resolution Center: It's about having an actual mind shift to realize that we’re all human together. That we can be compassionate towards each other, and it's about Asians, all of us not feeling like we have to be left out.