So when the pandemic forced schools into remote learning last March, King was completely out of his element. And without reliable Internet at his West Townsend home, he had to find public wifi to even reach his students.

“I sat in my little yellow car and taught my lessons from March until June and realized that that was not going to work out,” King said. 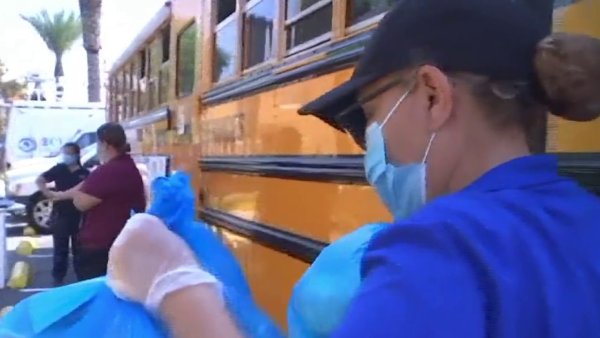 All California Public School Students Now Have Access to Free Breakfast and Lunch, No Questions Asked 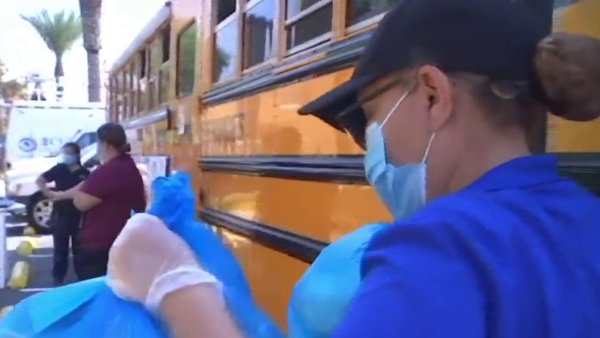 “We bought her and ripped out all the seats,” King said.

He got a wifi hotspot and he turned the bus he now affectionately calls “Audrey” into a mobile classroom.

“When he first showed me the bus, I thought to myself, ‘Oh good Lord, what is this going to be?’ But he really turned it into something that gets the kids wanting to come to class,” Wang Middle School Principal Matthew Stahl said.

More than 300 Massachusetts schools and districts plan to start pooled coronavirus testing in February, in an effort to get students back in classrooms.

Classmate Josephine Ogunseye said, “We could just like read a book about the place we’re visiting, but instead we get to like go there and actually see the things in person.”

Not truly in-person, of course, with coronavirus precautions in place – but King and his wife have outfitted Audrey with beds for themselves and traveled across the state to bring real-world science lessons to his students stuck at home.

His classmate Logan Uy added, “He took us to this dinosaur fossil place, and it was really cool.”

“I could have gone to school and sat in an empty room and taught that way,” said King, “but by doing this I’m giving them more experiences than I would be able to do if we were in person even.”

Even when school gets back to normal, King said, he hopes to still be able to use his mobile classroom to take students on virtual field trips.