Adele Officially Makes Her Return to Music With ‘Easy On Me'

After six years, Adele has finally released her newest single

The Grammy winner is finally back with her long-awaited single, "Easy On Me," from her self-described "divorce" album, "30", which is coming on Nov. 19.

Adele opens the powerful song by saying she feels like she's drowning in a river while desperately trying to find gold, before presumably reflecting on her relationship with her ex, Simon Konecki. "Baby, let me in," she sings, asking him to "go easy on me, baby." The emotional chorus continues, "I was still a child / Didn't get the chance to / Feel the world around me."

The "Rolling in the Deep" singer says she "changed who I was to put you both first," but is ultimately giving up on the marriage. The pair share son Angelo, 8.

Adele teased the "Easy On Me" release two weeks ago, giving eager fans a reason to look forward to Oct. 15. In the black and white Instagram video, she is seen putting a tape into a car radio and turning up the volume. As she drives down the road, loose papers fly out the windows and the opening notes of the song begin to play. 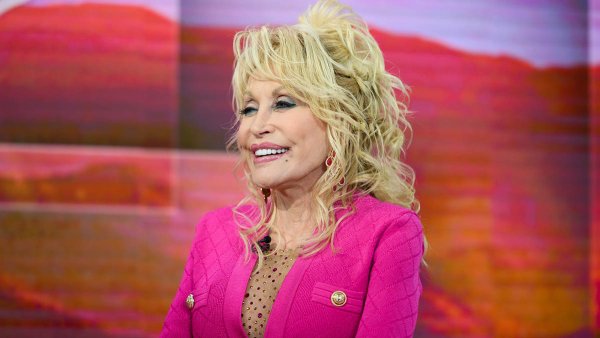 In early October, the now 33-year-old first began hinting that a new album was finally coming with social media users noticing billboards with "30" written on them in various parts of the world, spanning from Ireland to the U.S.

After her split from Simon in April 2019, many fans believed she would begin writing about heartbreak. And naturally, they seem to be spot on. "30 tried me so hard but I'm owning it and trying my hardest to lean in to it all," she wrote on her 31st birthday in May of that year.

These days, she's sending her love to sports agent Rich Paul, whom she has been dating since August. "She feels really comfortable around him and is in a good headspace right now," an insider told E! News in September. "She is all about having fun and being in good company and Rich definitely provides that."

It seems that creating her latest album has been a cathartic process. She recently explained on Instagram how writing "30" helped her move on from her pain in the wake of her divorce.

"I've learned a lot of blistering home truths about myself along the way," she shared. "I've shed many layers but also wrapped myself in new ones. Discovered genuinely useful and wholesome mentalities to lead with, and I feel like I've finally found my feeling again. I'd go as far as to say that I've never felt more peaceful in my life."

Adele called "30" her "ride or die" during this tumultuous period in her life. The album is out Nov. 19.