All The Stars Presenting and Performing at the 2022 Oscars

The most glamorous night in Hollywood is also a concert

During the 94th Academy Awards on March 27, artists will take the stage at the Dolby Theater in Los Angeles to perform nominees for Best Original Song.

Four out of the five nominated songs will be performed at this year's Oscars, including ones from first-time nominees Beyoncé and Billie Eilish.

Van Morrison, whose song "Down to Joy" from best picture nominee "Belfast" was nominated, will not attend the ceremony, with ABC's official Oscars website citing a conflicting tour schedule.

Below, check out which artists you'll see between the 23 cateogies — along with some surprises. And while "Encanto" is among the nominees, don't expect to hear the viral hit "We Don't Talk About Bruno" during the show: Disney chose the song "Dos Oruguitas" as its official Oscars submission instead.

Here are the artists performing at the 2022 Oscars

Beyoncé is set to perform at the Oscars for the first time in over a decade. She will sing the song "Be Alive," which was featured in the best picture nominee "King Richard."

According to "King Richard" star and best actor nominee Will Smith, Beyoncé was inspired to contribute a song after attending a screening of the biopic, which follows the instrumental role that Richard Williams played in encouraging his daughters, tennis legends Venus and Serena Williams, to pursue the sport. She co-wrote "Be Alive" with the artist Dixson.

“The marriage of a movie and a song is a kind of magic that’s unmatched in entertainment,” Smith told Entertainment Weekly. “I was so happy when Beyoncé called.” 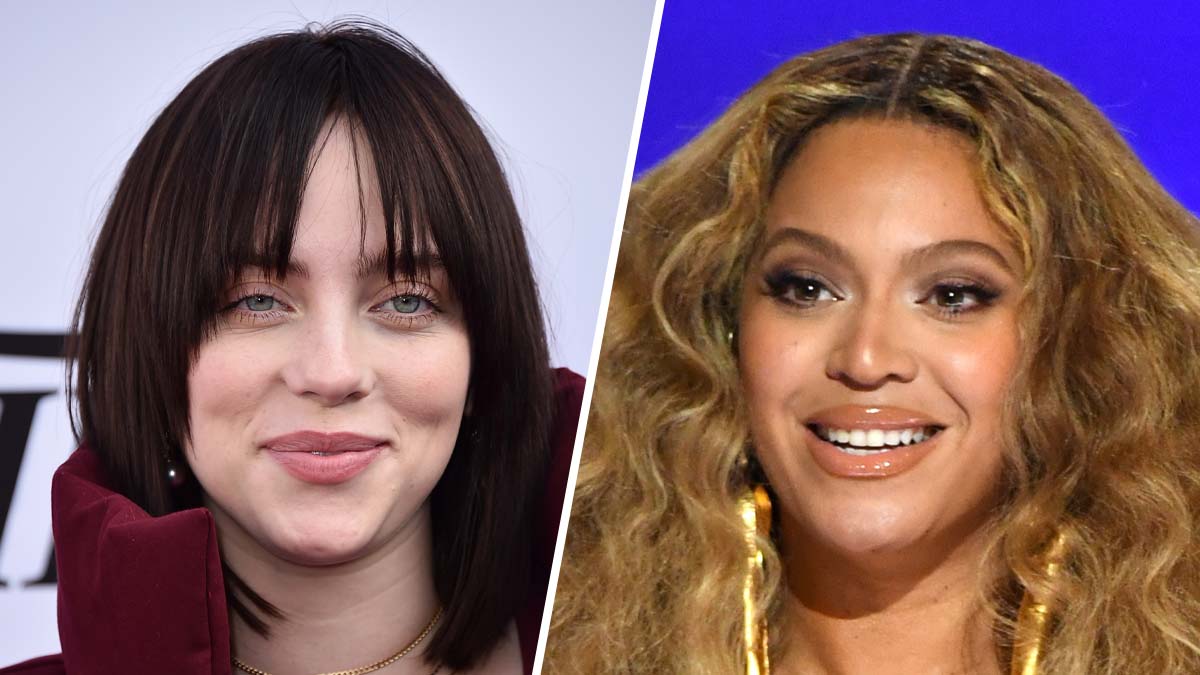 Billie Eilish and her brother, Finneas O'Connell, will perform the song "No Time to Die," included in the 2021 James Bond movie of the same name.

"It was a lifelong dream of ours to write a Bond theme, and one we never thought would ever come true," the singer-songwriters shared in a statement to CNN. “It’s completely unbelievable that we are here being recognized for this song."

Country legend Reba McEntire will perform "Somehow You Do," an anthem to resilience included in the movie "Four Good Days," at the ceremony. The country song earned songwriter Dianne Warren her 12th Oscar nomination.

Why "Dos Oruguitas," and not the hit "We Don't Talk About Bruno," you ask? Let's talk about it. Lin-Manuel Miranda and the producers had to select a song for the official Oscars submission by Nov. 1, weeks before the film was released in theaters, per Variety.

On Variety's Awards Circuit Podcast, Miranda said "Dos Oruguitas," which retreads the origin story of Alma and Pedro Madrigal and their enchanted family, "(exemplified) the spirit of the movie," and seemed like the better pick.

“I’m still proud of ‘Dos Oruguitas’ as the submission,” Miranda said. “You have to pick the thing that best exemplifies the spirit of the movie, and it contains all of it inside this song — as opposed to a journey of a particular character. It’s the foundational story, but I’m not going to say it wasn’t hard [to choose].”

The Academy Awards' run-of-show will include other celebrities, in addition to hosts Regina Hall, Amy Schumer, and Wanda Sykes. Behold, the long list of confirmed presenters, per Variety.

According to the Hollywood Reporter, Rachel Zegler was invited to present after revealing she was not invited to the ceremony, despite starring in the best picture nominee “West Side Story.” Zegler is currently shooting Disney's live-action "Snow White" remake in London, and has not confirmed whether she will attend the ceremony.