For three days, Johnny Depp has been testifying in a libel trial that, at least in theory, is about whether Amber Heard defamed him in a 2018 newspaper op-ed.

The trial has turned into a spectacle in which Depp has testified about everything from taking pills as a child to a near mental breakdown in which the actor said he used his severed finger to write on the walls in his own blood to recount his ex-wife’s alleged lies.

Why did Depp go to trial?

Heard’s lawyers had warned that the trial would be a mudslinging soap opera that would expose the “real Johnny Depp.” Depp denies ever abusing Heard and, despite the public attention brought to his drug use and his violent text messages, he said he's obsessed with revealing the truth and doesn't want to disappoint those who'd looked up to him.

“My goal is the truth because it killed me that all these people I had met over the years ... that these people would think that I was a fraud,” Depp testified Tuesday.

The actor has said that his movie career suffered after Heard wrote a 2018 op-ed piece in The Washington Post in which she referred to herself as a “public figure representing domestic abuse.”

Heard never mentioned Depp by name, but Depp’s lawyers said it was a clear reference to accusations Heard made when she sought a 2016 restraining order against him. 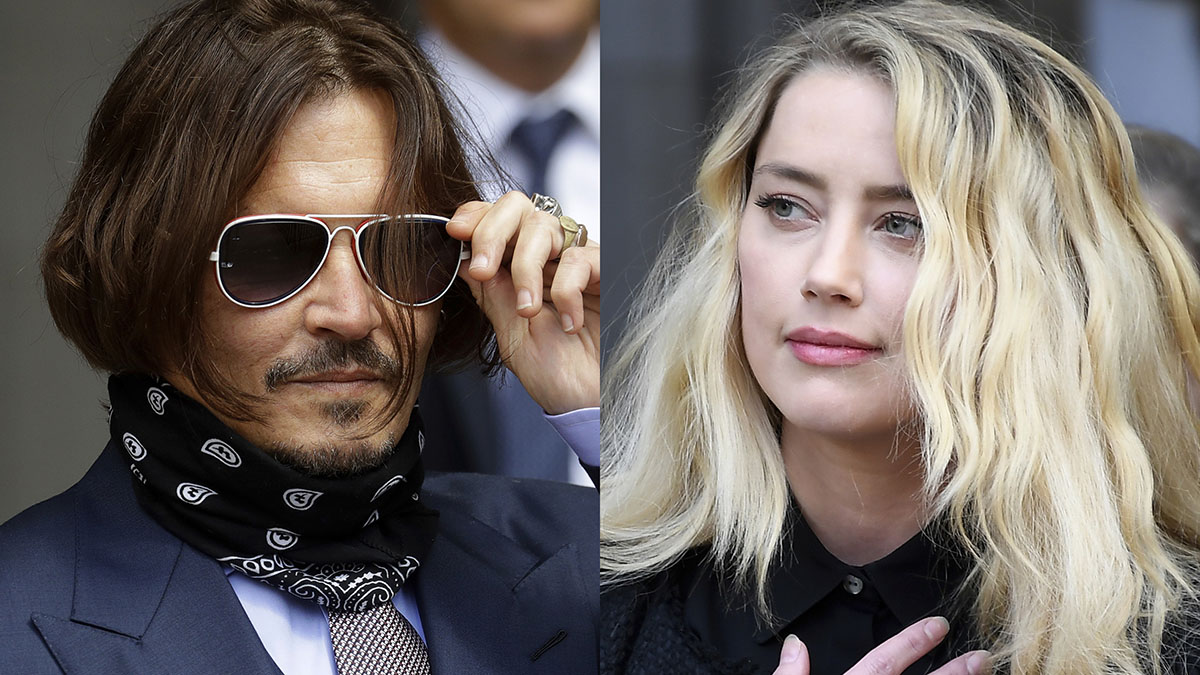 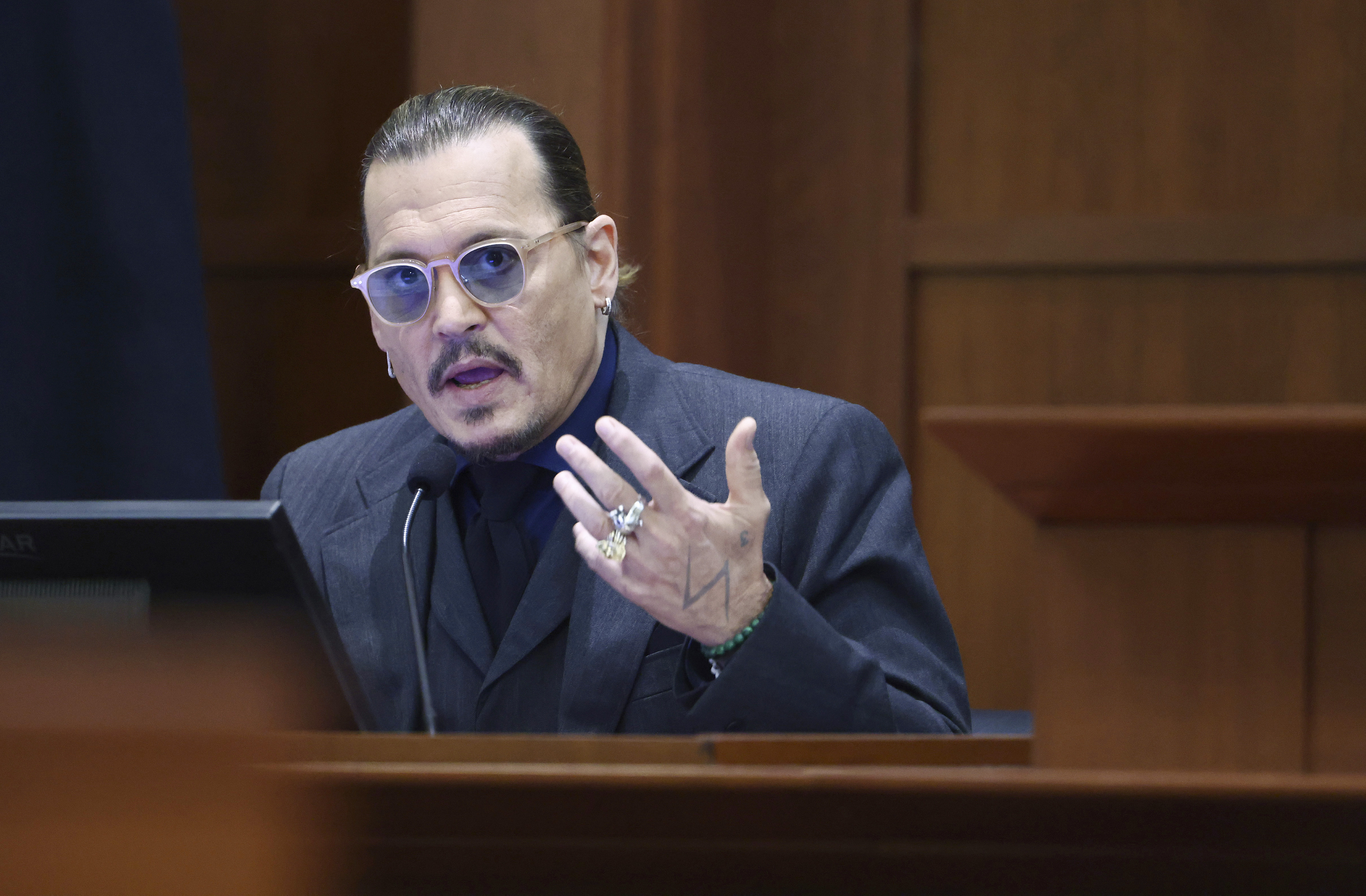 Depp said the accusations and the article made him a Hollywood outcast and cost him his role in the lucrative “Pirates of the Caribbean” movie franchise.

Heard’s lawyers have argued that Heard’s opinion piece was accurate and didn't defame him. They've said Depp’s ruined reputation was due to his own bad behavior and have argued that The Walt Disney Co. had already decided to ax Depp from “Pirates of the Caribbean” months before the article’s publication.

What are Heard's allegations?

Heard has accused Depp of physically and sexually assaulting her on multiple occasions before and during their brief marriage, often in situations where she said he drank so much he later blacked out.

Depp said Heard’s allegations of his substance abuse have been “grossly embellished” and that he was never out of control during that time period. The two met in 2009, got married in 2015 and Heard filed for divorce a year later.

Heard’s attorneys have highlighted many text messages Depp sent to friends recounting the copious amount of alcohol and drugs he had taken at a time in which he claims he wasn't a problematic drinker.

Depp filed a similar lawsuit in England against a newspaper there and lost. The judge there found that Depp assaulted Heard on a dozen occasions and put her in fear for her life multiple times.

Heard is expected to testify later in the trial.

How did Depp and Heard meet?

Depp and Heard met through the filming of “The Rum Diary,” a 2011 Depp-produced movie based upon an initially unpublished novel by the late Hunter S. Thompson that Depp discovered while going through the gonzo journalist’s papers with Thompson, his friend.

Depp said Heard was the perfect embodiment of the book’s femme fatale character named Chenault. “That’s the Chenault that Hunter wants,” Depp recalled. “Yep, she could definitely kill me."

They started dating a few years later, with Depp portraying the early part of their relationship as a classic Hollywood romance. Depp would call Heard “Slim,” while she called him “Steve,” nicknames used by the Humphrey Bogart and Lauren Bacall characters in the 1944 film “To Have and Have Not.”

Depp, 58, said he was also cognizant of the age difference between himself and Heard, 36, and compared it to the 25-year gap between Bogart and Bacall.

“I acknowledge the fact I was the old, craggy fogey and she was this beautiful creature,” he said.

How did their marriage fall apart?

Depp said things began to change in his marriage when he felt that he “was suddenly just wrong about everything” in Heard’s eyes.

Depp said Heard made little digs at him, demeaned and berated him. The insults escalated into full-fledged circular arguments from which there was “no way in or out,” Depp said. “It was sort of a rapid-fire, sort of endless parade of insults,” Depp said.

Soon after, Heard began physically attacking him, Depp said. He said she once threw two bottles of vodka at him, the second of which exploded and severed his finger to the point where bone was exposed. Depp said he used the resulting blood to write on his walls and recount lies in which he had caught Heard. At the hospital, Depp said he lied to protect Heard and told the doctors that he had injured himself. Heard's lawyers contend he cut his own finger.

What happened on the Boston flight?

One of the chief points in contention is what occurred on a 2014 private flight from Boston to Los Angeles that Depp and Heard took while he was filming the gangster film “Black Mass.”

Heard has said Depp assaulted her on the flight while he was blackout drunk.

Depp testified he took two oxycodone pills — an opiate to which he admits he was addicted at the time — and locked himself in the plane bathroom and fell asleep to avoid her badgering.

He told the court that he drank only a glass of Champagne while boarding the flight. But texts he sent to the actor Paul Bettany at the time referenced drinking half a bottle of whiskey, “a thousand Red Bull vodkas” and two bottles of Champagne before the flight.

Heard's attorneys have also pointed to text messages Depp sent to Heard after the flight, saying, “Once again I find myself in a place of shame and regret. … I must get better."

What else did Depp text?

Heard's attorneys have focused on text messages Depp sent to Bettany in which he expressed a desire to kill and defile Heard.

After saying he wanted to burn her, Depp wrote, “Let’s drown her before we burn her!!! I will (expletive) her burnt corpse afterwards to make sure she’s dead.”

Depp has apologized to the jury for the vulgar language and said that “in the heat of the pain I was feeling, I went to dark places.” He also compared his writing to Thompson's gonzo style, which often incorporated brash language and embellished thoughts.

Despite the dark accusations and profane text messages being read to the court, Depp’s testimony has on occasion featured humorous moments.

Asked whether he would sometimes drink whiskey in the morning, Depp responded, “I mean, isn’t happy hour any time?”

And asked whether he had ever given pills to musician Marilyn Manson, Depp conceded that he once gave Manson a pill to get him to “stop talking so much.”

Depp also admitted that he's never watched “Pirates of the Caribbean: The Curse of the Black Pearl,” the 2003 mega-hit in which he played the unhinged Captain Jack Sparrow. Asked how the film fared, Depp smiled and said, “I didn't see it, but ... well, the film did pretty well, apparently.”

Why is this happening in Virginia?

The trial is taking place in Fairfax County Circuit Court in Fairfax, Virginia.

Heard’s lawyers had sought to have the case tried in California, where the actors reside. But a judge ruled that Depp was within his rights to bring the case in Virginia because The Washington Post’s computer servers for its online edition are located in the county.

Depp’s lawyers have said they brought the case in Virginia in part because the laws here are more favorable to their case.

Johnny Depp’s defamation trial against his ex-wife Amber Heard has produced sensational headlines about allegations of violence and abuse from both sides. If you’re confused about what it all means, you’re not alone. Criminal defense attorney Joseph Tully explains the lawsuit and how it will be decided.
Copyright AP - Associated Press