A man entered the station lobby and during an argument, managed to take the officer's gun. After another officer responded and shots were fired, he led police on a brief car chase before being arrested.

An on-duty Los Angeles Police Department officer was injured during a confrontation with a man at the department’s Harbor Station late Saturday that ended with a short car chase before the man was arrested.

The attack happened just before 10 p.m. in the lobby of the Harbor Station at 2175 John S. Gibson Blvd. The injured officer who was taken to a hospital and was expected to recover has been with the department for at least three decades, LAPD Chief Michel Moore said during a press conference.

Moore said that it appears the man walked into the Harbor Division and at some point managed to take the officer's gun. LAPD sources told NBCLA the suspect hit the officer with his own gun.

Moore said the suspect fired the gun, but none of the bullets hit the officer. A watch commander heard the commotion in the lobby and returned fire, but did not hit the suspect. 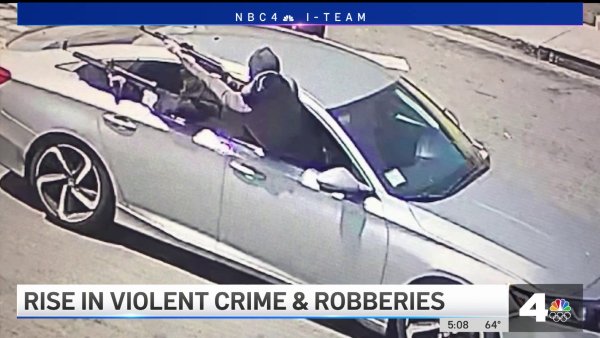 Commissioner Calls for Stepping Up Fight Against Crime Spike 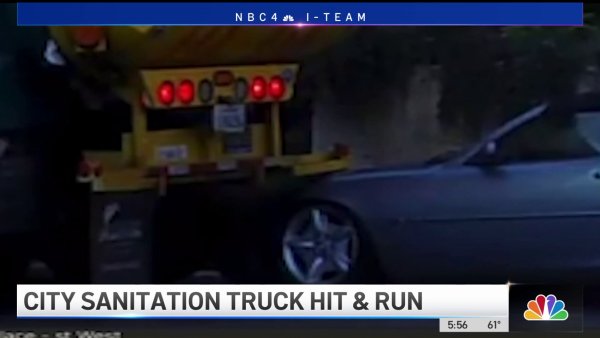 The officer suffered injuries consistent with being "pistol whipped," according to Moore.

The suspect ran from the police station, entered a vehicle, and was chased by other officers to the area of 18th Street and Pacific Avenue where he was arrested. Another police officer suffered minor injuries during a scuffle that arrest, Moore said.

There were conflicting reports about the nature of the officer’s injury in the minutes after the attack and shooting, with some reports indicating the officer had been shot or suffered a graze wound. Those reports were incorrect.

LA City Councilman Joe Buscaino, who previously worked with the injured officer when he was a police officer with the department, commended the officer.

"The desk officer is the face of the police station," Buscaino said at the press conference. "Our police officers are our angels in the city of angels."

The lobbies of LAPD stations have often been closed to the public in recent months due to the coronavirus pandemic. But prior to it, they were open to the public 24/7, 365 days a year.

The door to the Harbor Station may have been ajar or unlocked, Moore said.

The San Pedro incident comes in the wake of a recent intensification of protests across the Southland that have raised questions about the role of police in the community and treatment of minority groups by law enforcement.