Inquest: Man Killed by Deputies in Willowbrook Was Shot in the Back

The Los Angeles County Medical Examiner-Coroner has held a public hearing on the cause and manner of the death of Fred William, III.

The Los Angeles County Department of Medical Examiner-Coroner held its second inquest in nearly 30 years Thursday to provide a public examination of the death of Fred William, III, who was shot to death while running from LA County Sheriff’s Department deputies in Willowbrook last year.

Deputy medical examiner Dr. Vadim Poukens, M.D., who conducted the autopsy, testified that William was shot once, and the wound would have been fatal within one hour.

“Was Mr. William’s back to the deputy when he was shot?,” asked Deputy County Counsel Joseph Langton.

William, 25, was killed Oct. 16, 2020 after deputies said they noticed him holding a gun while standing with a group of people and the deputies began to chase him.

The Sheriff’s Department initially said William had pointed a gun at a deputy, and released video recordings and information in late October in which the deputy was recorded in radio traffic saying William had, “pointed 417 at me,” using the Sheriff’s radio code for a person armed with a gun. 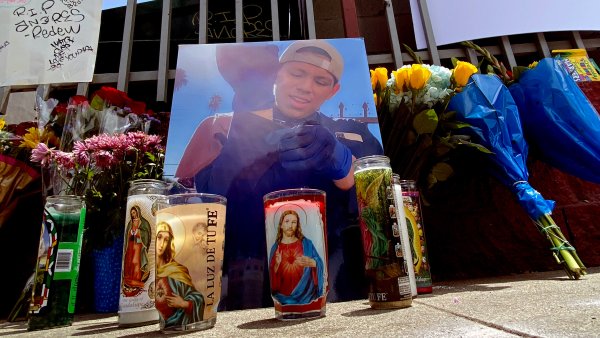 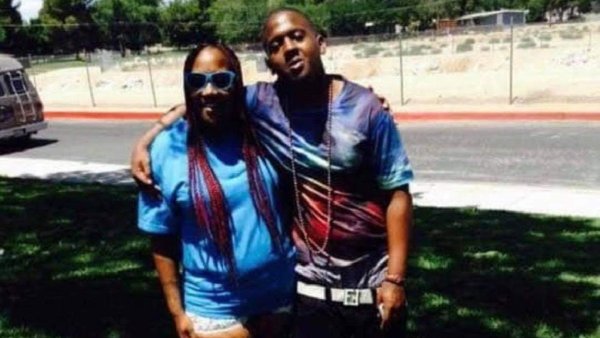 The Sheriff’s Department has not released the names of the deputies involved in the chase and shooting, as is typically required by state and case law, citing unspecified threats to the deputies.

The retired judge presiding over the inquest, Justice Candace Cooper, said Thursday she had received a written request from the Sheriff’s Department to keep the deputies’ names secret and said she would do that.

The deputy who fired the shots was issued a subpoena to testify at the inquest but he did not appear, citing his 5th Amendment privilege against self incrimination, Cooper said.

The Sheriff’s homicide detective responsible for the William investigation, John O’Brien, appeared briefly and testified that he arrived at the scene, but then declined to answer any questions about the case.

“It kind of puts us in a bad spot,” O’Brien said while appearing via video conference seated in front of a “thin blue line” style American flag, and explained that he could not discuss his findings so far.

“The investigation is open and ongoing,” he said, and was quickly excused. O’Brien’s partner, Det. Christopher Dimmitt, also declined to testify about his findings and was excused.

Both detectives cited a section of the California Evidence Code that allows government agencies to keep some information confidential.

Coroner’s office investigator Lianna Darabedyan, who examined William at the scene of the shooting, testified that deputies told her on the night of the shooting that William had turned and, “pointed a weapon at the deputy.”

Darabedyan said a gun had been removed from the scene before she examined the body, and reported that there were eight cartridge casings at the scene, indicating the firing deputy had likely pulled the trigger eight times.

Body worn video recordings made public by the Sheriff’s Department in October showed William on top of a shed holding a handgun during a foot chase, and William’ father, Fred William, Jr., told reporters the video shows his son was shot in the back.

“There was never a gun pointed,” in the deputy’s direction, he said.

An LA County Fire Department paramedic testified at the inquest Thursday that he and other firefighters performed CPR and other lifesaving measures for 20 minutes before William, III was pronounced dead.

“I conferred with the other firefighters there, that there was nothing else we could do,” said firefighter-paramedic Richard Johnson.

The edited video presentation created by the Sheriff’s Department, first made public in October,  was played during the hearing. It included segments edited from the deputies’ body worn video camera and security camera recordings.

At the conclusion of the inquest retired Judge Candace Cooper will determine the cause and manner of William’s death.

In November, 2020 the Medical Examiner-Coroner held an inquest to examine the death of Andres Guardado, 18, who was killed by deputies near an auto shop on West Redondo Beach Blvd. in June, 2020.

The inquest concluded with the same findings as the autopsy examination of Guardado: that he’d been shot in the back five times.

The deputy who fired the shots, Miguel Vega, did not attend the inquest and said in a letter from his attorney that were he present he would have refused to answer questions by asserting his Fifth Amendment privilege against self-incrimination.

Several other Sheriff’s employees, including the homicide detectives assigned to investigate the case, also asserted the Fifth Amendment privilege when they were questioned about the facts of the case.

Both inquests were prompted by members of the Board of Supervisors who complained the Sheriff’s Department has been resistant to public oversight and has not been forthcoming with details about the killings.