A driver was in custody Sunday night after leading the California Highway Patrol on a dangerous pursuit on several freeways which ended in a crash in Garden Grove.

Gil Leyvas was over the pursuit in Newschopper4 Bravo at around 11:25 p.m. The driver had taken the 91 Freeway, then 55 Freeway and finally 405 Freeway, going at least 100 mph at times, before getting off onto surface streets.

While fleeing from police, the driver was crossing an intersection and clipped by the front of a large RV. The pursuit vehicle spun out several times before hitting a pole and coming to a stop at Orangewood Avenue and Knott Street. Two people inside the RV did not appear to be injured. 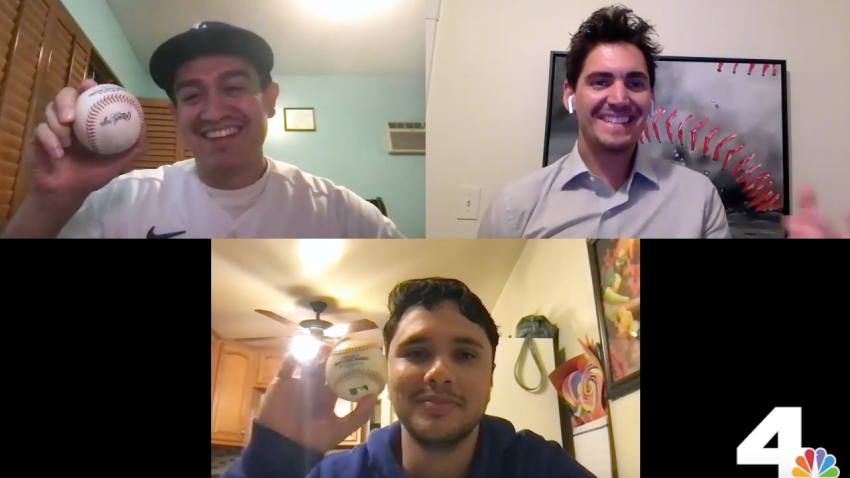 Dodgers Fan Has Cheesy Moment After Homer Lands in Nachos

The driver and passenger quickly opened their doors, and the driver took off running. He was apprehended by officers shortly after. The passenger is also in custody.

It is unclear exactly what violation led to the pursuit in the first place.