The city-state announced last week that it will be launching more travel lanes for vaccinated travelers from South Korea, Canada, Denmark, France, Italy, Netherlands, Spain, the U.K. and the U.S. That's in addition to similar arrangements with Germany and Brunei that started in September. 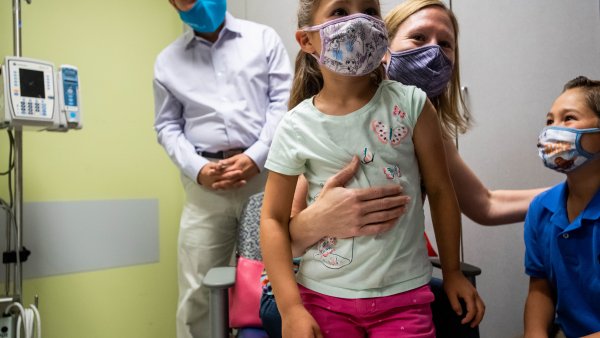 The initiative allows quarantine-free travel for those who are vaccinated, but travelers will have to take Covid-19 tests to ensure they are not infected with the virus before entering the country.

Singapore will look into similar travel arrangements with Australia, New Zealand, Japan and "many other countries" in the region next, he added.

Iswaran, who is also Singapore's minister-in-charge of trade relations, said the country's existing initiative with Germany and Brunei picked up only two cases of infected travelers — out of 3,000 people who entered Singapore through the so-called VTLs in the first month.

"So when you combine that with the vaccination requirement as well, actually the vaccinated travel lanes and the cross border flows that we're facilitating do not increase the risk that we are taking as a country … significantly at all," he told CNBC's "Squawk Box Asia."

Iswaran was responding to some criticism online that the city-state's plans to reopen international travel seemed at odds with its decision to impose some new restrictions within the country.

Singapore on Saturday said it will tighten some Covid restrictions, aimed at protecting the vulnerable, such as the elderly and unvaccinated. Those who are not vaccinated will no longer be allowed to enter malls, and even those vaccinated will be subject to a limit of two people when entering malls.

The minister pointed out that the VTLs demonstrated that only a limited number of infected cases were entering the country, but community infections have risen far more quickly — with a "significant proportion" spread through community activities.

Nordic countries are restricting the use of Moderna's Covid vaccine. Here's why

Fired for refusing a Covid vaccine? You likely can't get unemployment benefits

On a "risk assessment basis," there's a need to limit some of those activities while allowing economic and general activity to continue "to the extent possible," while also imposing some "important constraints," Iswaran said.

As of Oct. 9, 83% of the population has completed two doses of a Covid vaccine.

However, the number of cases started spiking after some restrictions were loosened, and hit daily record highs last week to hover above 3,000.

Last month, Singapore authorities tightened Covid measures again in a bid to blunt community transmissions and prevent hospitals from being overwhelmed. The country has also started encouraging those infected with Covid, who are exhibiting mild symptoms, to self-isolate where possible.

Iswaran said that the launch of the vaccinated travel lanes was part of efforts to reestablish the city-state as an international aviation hub.

"What we're trying to do through our vaccinated travel lanes with countries in North America, in Europe and in Asia is really designed to emphasize that we are finding paths to open up international aviation in a safe way and reclaim and rebuild Singapore's status as an international aviation hub," Iswaran said.

As of Sunday, the total number of infections stands at 126,966, with 162 deaths. However, 98.5% of infected people over the past 28 days had no symptoms or mild symptoms, according to the country's health ministry.