The Starbucks barista, who was shamed on social media for refusing service to a customer who was not wearing a mask, told NBC 7 he just wants to build his future with the tips he received.

NBC 7 spoke to Lenin Gutierrez about his plans with the money thousands of people donated for what many considered a brave action.

Gutierrez said that he does not want to touch the money just yet and is talking to a financial advisor. 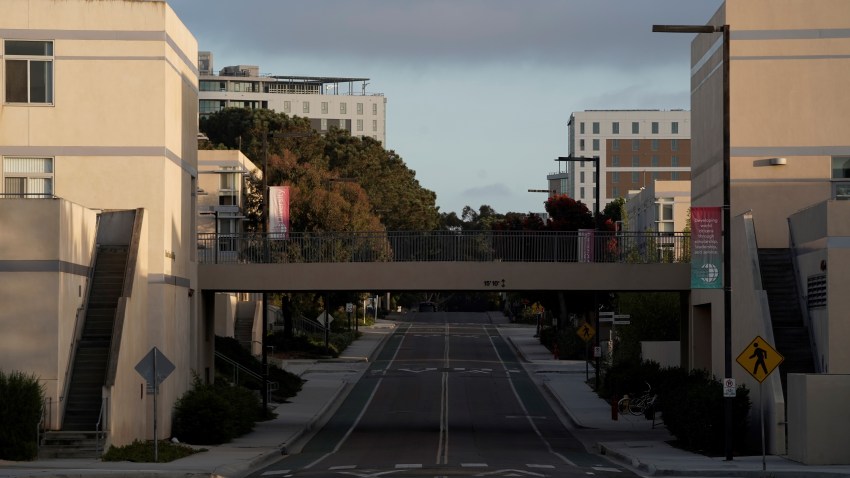 "I want to become an athletic trainer and always help the dance community. At one point where I am not able to dance anymore, I can always help others," he said.

Listen to Lenin's full story on our podcast 'Into San Diego' below.

Gutierrez has been working at Starbucks for almost three years. He was working at the Children's Center teaching dance and was an assistant dance teacher at a studio before the coronavirus pandemic hit.

He told NBC 7 it was just a normal day when Lynn Gilles walked into the shop. She was denied service for refusing to wear a mask and decided to publicly shame Gutierrez on social media.

He said this wasn't the first time he had to deal with customers like this and wasn't expecting anything to come out of it.

"After she left I thought that was going to be the end of it. I thought at most she would call corporate," he said. "But then it got big and it changed everything."

A GoFundMe page was created by Matt Cowan, who did not know Gutierrez, and the account quickly rose with the support of thousands of people.

“When it first got started and I saw the goal, which I think was $1,000, I laughed and thought that would be cool but didn’t think people were going to donate. And boy was I wrong,” he said.

On Monday, Will Collette and Matt Cowan documented their trip to the bank to withdraw the large sum of money and the trip to San Diego to present it to Gutierrez, the Starbucks barista now on the receiving end of one very large GofundMe account.

The barista received the tips from a GoFundMe page after he refused a woman service at a Starbucks for not wearing a mask.

Previously, Gilles told NBC 7 she wanted some of the money for her part in the post and is thinking of suing the fundraiser creator for defamation and slander.

Lenin did not talk about the incident, but he did send a message to Gilles who made him the "most famous barista on the planet."

Lenin continues to work at Starbucks as he finishes Miramar Community College and hopes to graduate in Kinesiology to become an athletic trainer.

“I am so blessed and honored to have this opportunity given to me from everyone around the world,” he said. “A big thank you and I’m going to accomplish what I want to accomplish."