The Senate voted by the slimmest of margins Thursday to begin debating a $1.9 trillion COVID-19 relief bill, after Democrats made eleventh-hour changes aimed at ensuring they could pull President Joe Biden’s top legislative priority through the precariously divided chamber.

Democrats were hoping for Senate approval of the package before next week, in time for the House to sign off and get the measure to Biden quickly. They were encountering opposition from Republicans arguing that the measure’s massive price tag ignored promising signs that the pandemic and wounded economy were turning around.

Democratic leaders made over a dozen late additions to their package, reflecting their need to cement unanimous support from all their senators — plus Vice President Kamala Harris’ tie-breaking vote — to succeed in the 50-50 chamber. It’s widely expected the Senate will approve the bill and the House will whisk it to Biden for his signature by mid-March, handing him a crucial early legislative victory.

The Senate’s 51-50 vote to start debating the package, with Harris pushing Democrats over the top, underscored how they were navigating the package through Congress with virtually no margin for error. In the House their majority is a scrawny 10 votes.

With the impeachment trial of President Trump behind them, lawmakers are turning their attention to COVID-19 relief.

The bill, aimed at battling the killer virus and nursing the staggered economy back to health, will provide direct payments of up to $1,400 to most Americans. There’s also money for COVID-19 vaccines and testing, aid to state and local governments, help for schools and the airline industry, tax breaks for lower-earners and families with children, and subsidies for health insurance.

“We are not going to be timid in the face of a great challenge," said Senate Majority Leader Chuck Schumer, D-N.Y.

Moderates won funds for rural health care, language assuring minimum amounts of money for smaller states and a prohibition on states receiving aid using the windfalls to cut taxes. And for everyone, there was money for infrastructure, cultural venues, start-up companies and afterschool programs.

Even with the late revisions, there was a good chance lawmakers will make yet another one and vote to pare back the bill’s $400 weekly emergency unemployment benefits to $300.

That potential change could also extend those emergency payments another month, through September. It was described by aides and a lobbyist who spoke on condition of anonymity to describe internal conversations.

Biden and Senate leaders had agreed Wednesday to retain the $400 weekly jobless payments included in the version of the relief bill the House approved Saturday. The reduction to $300 — which seemed likely to occur once the Senate begins a “vote-a-rama” on scores of amendments later this week — seemed to reflect a need to secure support from moderate Democrats.

It also left House Speaker Nancy Pelosi, D-Calif., the task of keeping her chamber’s numerous progressives on board. Liberals already suffered a blow when their No. 1 priority — a federal minimum wage increase to $15 hourly that was included in the House package — was booted from the bill in the Senate for violating the chamber's rules and for lack of moderates' support.

In another bargain that satisfied moderates, Biden and Senate Democrats agreed Wednesday to tighten eligibility for the direct checks to individuals. The new provision completely phases out the $1,400 payments for individuals earning at least $80,000 and couples making $160,000, well lower than the original ceilings.

“My hope is they don’t screw around with it too much,” Rep. Jim McGovern, D-Mass., said of the Senate in an interview. “If they do there could be some problems.”

Congress wants to send the bill to Biden before March 14, when a previous round of emergency benefits for people tossed out of work by the pandemic expires.

As soon as the Senate began considering the bill, Sen. Ron Johnson, R-Wis., forced the chamber's clerks to begin reading the entire 628-page measure aloud. He was the only senator at his desk for most of the night, appearing to follow along silently, one sheet at a time. As the night dragged on, he stood every so often and paced the perimeter of the chamber, reading as he walked. He said earlier that he was doing it to “shine the light on this abusive and obscene amount of money.”

Schumer said Johnson would “accomplish little more than a few sore throats for the Senate clerks."

The reading ended early Friday morning after more than 10 hours. 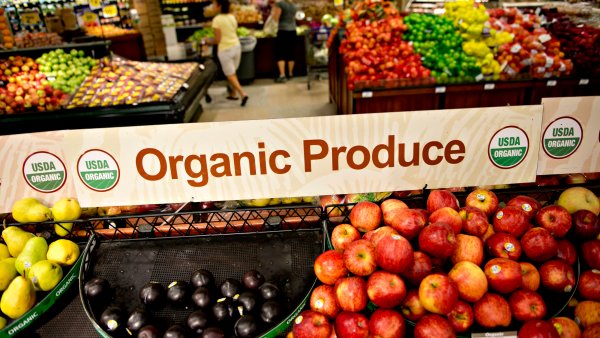 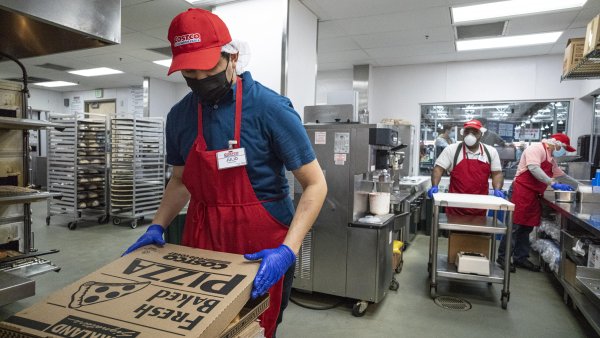 Employers Likely Added More Jobs in February, But Economists Say There's No Bounce Back Yet

Asked about GOP delays, Biden told reporters he's talked to Republican lawmakers and added, “We’re keeping everybody informed.” Biden met last month with Republican senators who offered a plan one-third the size of Democrats' proposal, and there have been no signs since of serious talks.

Johnson's move, which would take many hours to complete, pointed to a larger GOP argument: Democrats were ramming an overpriced bill through that disregarded that growing numbers of vaccinations and other signs suggesting the country's pandemic ordeal is beginning to ease.

“Instead of heading into a dark tunnel, we're accelerating out of it," said Senate Minority Leader Mitch McConnell, R-Ky.

The economic recovery began to stall late last year as the virus surged, causing a shortfall in hiring in recent months. Employers added just 49,000 jobs in January and cut 227,000 jobs in December. Economists estimate that the February employment report being released Friday will show gains of 175,000, not nearly enough to swiftly recover the nearly 10 million jobs lost to the pandemic-induced recession.

The nonpartisan Congressional Budget Office estimates economic growth will exceed 4% this year without Biden’s rescue package. Republicans cite that as evidence the economy is pointed upward, but Democrats say a strong economic stimulus is still needed to prevent a relapse.

“It’s a crisis that is still very much with us, and it is deadly, deadly serious,” Schumer said.