The county is now averaging one COVID death every 10 minutes, and the soaring deaths are beginning to strain coroner operations.

Los Angeles County hit another grim milestone Wednesday, announcing its highest single-day total of COVID-19 fatalities and pushing the death toll over 10,000, with the virus now responsible for nearly half of all daily deaths in the county.

"Most heartbreaking is that if we had done a better job reducing transmission of the virus, many of these deaths would not have happened," she said. 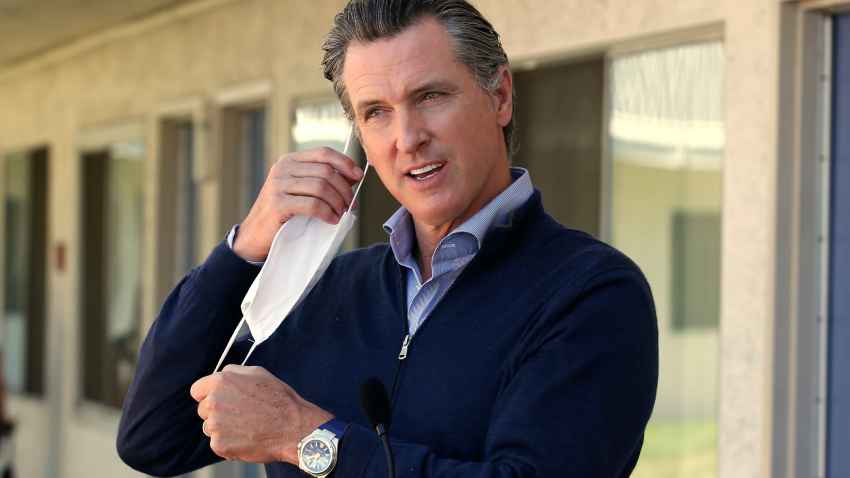 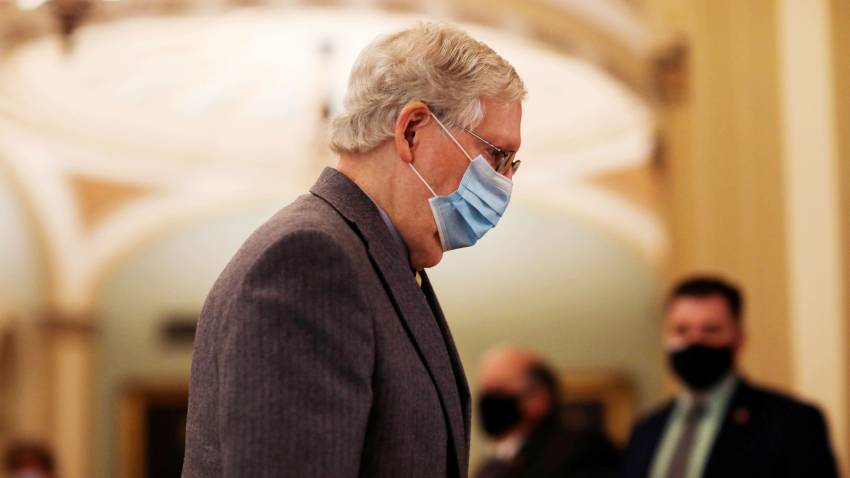 The county reported 274 new COVID deaths on Wednesday. Although a large number of those were attributed to a backlog in reporting from the holiday weekend, it still marked the highest total reported in a single day since the pandemic began. The new fatalities gave the county an overall death toll of 10,056.

The county is now averaging one COVID death every 10 minutes, and the soaring deaths are beginning to strain coroner operations.

"Our medical examiner is taking overflow of bodies from hospitals that don't have room to store them,'' County Supervisor Hilda Solis said. "And my understanding is that the medical examiner will receive assistance for their operations from the California National Guard, and we're expecting them by next Monday. It's such a grim reality, but I'm compelled to say this because it has gotten to the point that we need to show the true toll of what this virus has taken and can take."

Solis said the National Guard team will be six people -- but no equipment -- assisting with "management and administrative functions."

Another 10,392 COVID cases were reported by the county Tuesday, for a pandemic total of 756,116. Ferrer said the county is now averaging about 13,000 new cases per day, 10 times the average from just two months ago, an increase she called "staggering."

The county reported a total of 7,415 people hospitalized, although the state -- which tends to have more current numbers -- put the total at 7,546, with more than 1,500 of them in intensive care.

The county has a total of about 2,500 licensed ICU beds, but with patient numbers soaring, hospitals last week surged to operate a daily average of 3,120 ICU beds -- 45% of them occupied by confirmed or suspected coronavirus patients. On average, the county had 29 available and staffed ICU beds on a daily basis last week.

A New Mexico COVID-19 ward nurse was told she was going to help a VIP patient in an ambulance outside. Instead, her now-fiancé was waiting to ask her a very important question.

Confirmed and suspected COVID-19 patients filled an average of 48% of non-ICU beds in the county last week, with hospitals staffing just more than 10,000 such beds across the county, averaging 282 available beds -- in a county of 10 million people -- on any given day.

County Health Services Director Dr. Christina Ghaly said hospitals remain "inundated'' with COVID cases, and emergency rooms are still swamped, forcing ambulances to often wait hours to off-load patients. During a media briefing Wednesday, Ghaly said this week "there have been some unfortunate outcomes from patients in hospitals in ambulances across the county who couldn't be off-loaded into an emergency department in a timely manner.''

She did not provide any details on what those "unfortunate outcomes" entailed.

"Many hospitals have reached a point of crisis and are having to make difficult decisions about patient care," Ghaly said. "Staff are constrained as patient demand continues to increase. That means we're struggling to provide care not just for those patients with COVID, but for those who have other injuries or accidents as well, and for other non-COVID-related medical emergencies like strokes and heart attacks."

Ghaly said earlier that medical centers in the county spent 83% of their operating hours Sunday diverting ambulances to other hospitals due to lack of space or staffing.

"There's many situations in which as many as 10 ambulances are waiting to offload patients, and those patients are being cared for and treated in the ambulances as if it's part of the emergency room bay,'' Ghaly said. "Hospitals are treating patients in other areas that are not typically used for patient care at all, not just not used for inpatient care. They're using places like conference rooms or gift shops to provide patient care."

The health officials warned that as bad as things are now, they will worsen in January due to public travels and gatherings over the Christmas holiday, and those likely to occur despite warnings over New Year's weekend.

"We all need to be prepared for another surge that will start with even higher case numbers in early January,'' Ferrer said. "Increasing cases always translates to more and more people being rushed to already overcrowded hospitals and tragically also results in more people continuing to die.''

The state on Tuesday officially extended a stay-at-home order affecting the 11-county Southern California region, including Los Angeles County. The order was triggered Dec. 6 when the region's ICU capacity dropped below 15%, and it is now estimated at 0%.

That order bars all gatherings with people from other households, and limits capacity at most businesses. The order will be in place indefinitely, given the lack of ICU space.