LA County COVID Hospitalizations Up Nearly 1,000% Since Halloween, as Backlog Results in Deadliest Day Yet

Hospitalizations have increased nearly 1,000% since Halloween, when there were only 750 patients, county officials said.

Los Angeles County reported its highest-ever single-day total of COVID-19 deaths Wednesday, attributing the spike in part to a backlog in reporting from the holiday weekend, with hundreds more fatalities likely to be confirmed in the coming days.

The latest numbers are part of an unrelenting wave of coronavirus cases, hospitalizations and deaths in California's most densely populated region. Intensive-care unit capacity has been at 0% for days in Southern California and the San Joaquin Valley as doctors and nurses scramble to treat an unrelenting crush of patients.

The situation is so dire, some hospitals set up tents for ER patients. Once converted a disused cafeteria to handle patients. Others don't have space to unload ambulances.

Another serious problems involves getting oxygen to patients who can’t breathe.

"We have not heard yet that any hospital is at the point where they need to make a decision between two patients who both need a ventilator, and they only have one ventilator,” the state's top health official, Dr. Mark Ghaly said.

State officials notified hospitals late Monday they should prepare for the possibility that they will have to resort to “crisis care” guidelines established earlier in the pandemic, which allow for rationing treatment when staff, medicine and supplies are running short.

The crisis is at its worst in Los Angeles County, where the department of public health on Tuesday confirmed 227 coronavirus-related fatalities, pushing the county closer the 10,000-death mark. Long Beach, which has its own health department separate from the county, also reported a single-day high number of deaths Tuesday, 22, but indicated the number reflects a two-day total dating back to Sunday.

Along with two more deaths reported by Pasadena's health department, the countywide cumulative death toll from the virus rose to 9,806. 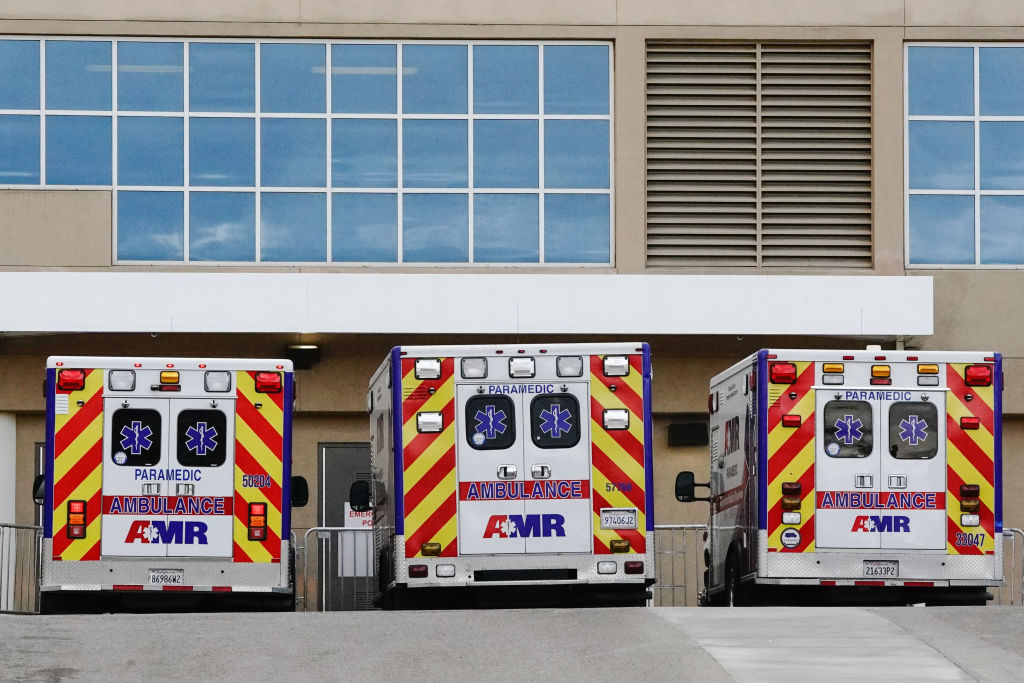 In a Year of Pain, One Silver Lining: Fewer Mass Shootings

County Public Health Director Barbara Ferrer said Monday officials were working to confirm more than 400 deaths likely attributable to the virus -- deaths that weren't initially tallied due to the holiday weekend and a Spectrum internet outage that impacted reporting. Some of those fatalities were included in Tuesday's county report, but DPH officials said the agency "anticipates confirming additional deaths due to the backlog of death reports over the next two to three days."

The deaths -- averaging one every 10 to 15 minutes in the county -- are the result of a surge in cases that began in November and worsened dramatically after a spate of Thanksgiving holiday gatherings -- and will likely be exacerbated by Christmas and New Year's gatherings held in spite of health orders barring them.

Case numbers have been surging upward, with the county reporting 12,979 more infections on Tuesday, Long Beach adding 476 and Pasadena announcing 101. Those cases raised the countywide cumulative total throughout the pandemic to 746,666.

The rising cases have translated into a dramatic surge in hospitalizations, with COVID patients rapidly occupying the majority of available general care and intensive-care unit beds. The county on Tuesday reported 7,181 people hospitalized, with 20% of them in the ICU. But the state, which generally has more updated figures, put the county's hospitalization number at 7,415, including 1,496 in the ICU.

County officials said hospitalizations have increased nearly 1,000% since Halloween, when there were only 750 patients.

According to the county Department of Health Services, there were 716 total available hospital beds in the county as of Tuesday, including just 31 adult ICU beds.

The county has a total of about 2,500 licensed ICU beds, but with patient numbers soaring, hospitals last week surged to operate a daily average of 3,120 ICU beds -- 45% of them occupied by confirmed or suspected ICU patients. On average, the county had 29 available and staffed ICU beds on a daily basis last week.

Secretary of the Treasury Steven Mnuchin said Tuesday that Americans could expect to start receiving their COVID-19 relief direct payment via direct deposit as early as Tuesday evening.

Confirmed and suspected COVID-19 patients filled an average of 48% of non-ICU beds in the county last week, with hospitals staffing just more than 10,000 such beds across the county, averaging 282 available beds -- in a county of 10 million people -- on any given day.

"Our healthcare workers are overwhelmed with COVID-19 patients and this current path of surging COVID-19 hospitalizations is not sustainable,'' Ferrer said in a statement Tuesday. "Even if you believe your life isn't at risk, actions that defy public health guidance certainly put other lives in danger. We are each other's keepers. Instead of hosting or attending a party this New Year's Eve, choose to stay home and celebrate with only your household or to connect virtually with other family members and friends. Make ending this deadly surge part of your New Year's resolution.''

The state on Tuesday officially extended a stay-at-home order affecting the 11-county Southern California region, including Los Angeles County. The order was triggered Dec. 6 when the region's ICU capacity dropped below 15%, and it is now estimated at 0%.

Hospital emergency departments are overwhelmed, Ghaly said, with medical centers on Sunday spending 83% of their operating hours diverting ambulances to other hospitals due to lack of space or staffing.

"There's many situations in which as many as 10 ambulances are waiting to offload patients, and those patients are being cared for and treated in the ambulances as if it's part of the emergency room bay,'' Ghaly said. "Hospitals are treating patients in other areas that are not typically used for patient care at all, not just not used for inpatient care. They're using places like conference rooms or gift shops to provide patient care."