Mayor Eric Garcetti said Wednesday night Los Angeles police and county public health officials would be monitoring Feucht's activities, indicating the city is powerless to completely stop them, which are being held under the guise of a religious event.

Despite warnings against public gatherings amid surging COVID-19 cases, hundreds of people -- many without masks -- gathered in the parking lot of a church in Valencia Thursday night for a New Year's Eve concert and worship service organized by evangelical Christian activist Sean Feucht.

It was the latest in a series of events planned by Feucht, who has repeatedly ignored public health directives by holding events that critics have decried as potential super-spreader events for the coronavirus, including a Thursday morning musical and homeless-outreach gathering at Echo Park Lake.

Community leaders are expressing their alarm over worship events being held in Los Angeles for New Year's Eve and the day before. John Cádiz Klemack reports for the NBC4 News on Wednesday, Dec. 30, 2020.

At least 500 people responded to a post on Feucht's Facebook page that they would attend the Thursday night event at Higher Vision Church, located at 28776 The Old Road, and another 1,200 people said they were interested in the concert and worship service. It was unclear if those who responded planned to physically attend or watch online.

In a post on social media, the Santa Clarita Valley Sheriff's Station stated it "has been notified of a religious event taking place (Thursday) with potential large crowds. We are aware & will be monitoring the event.'' 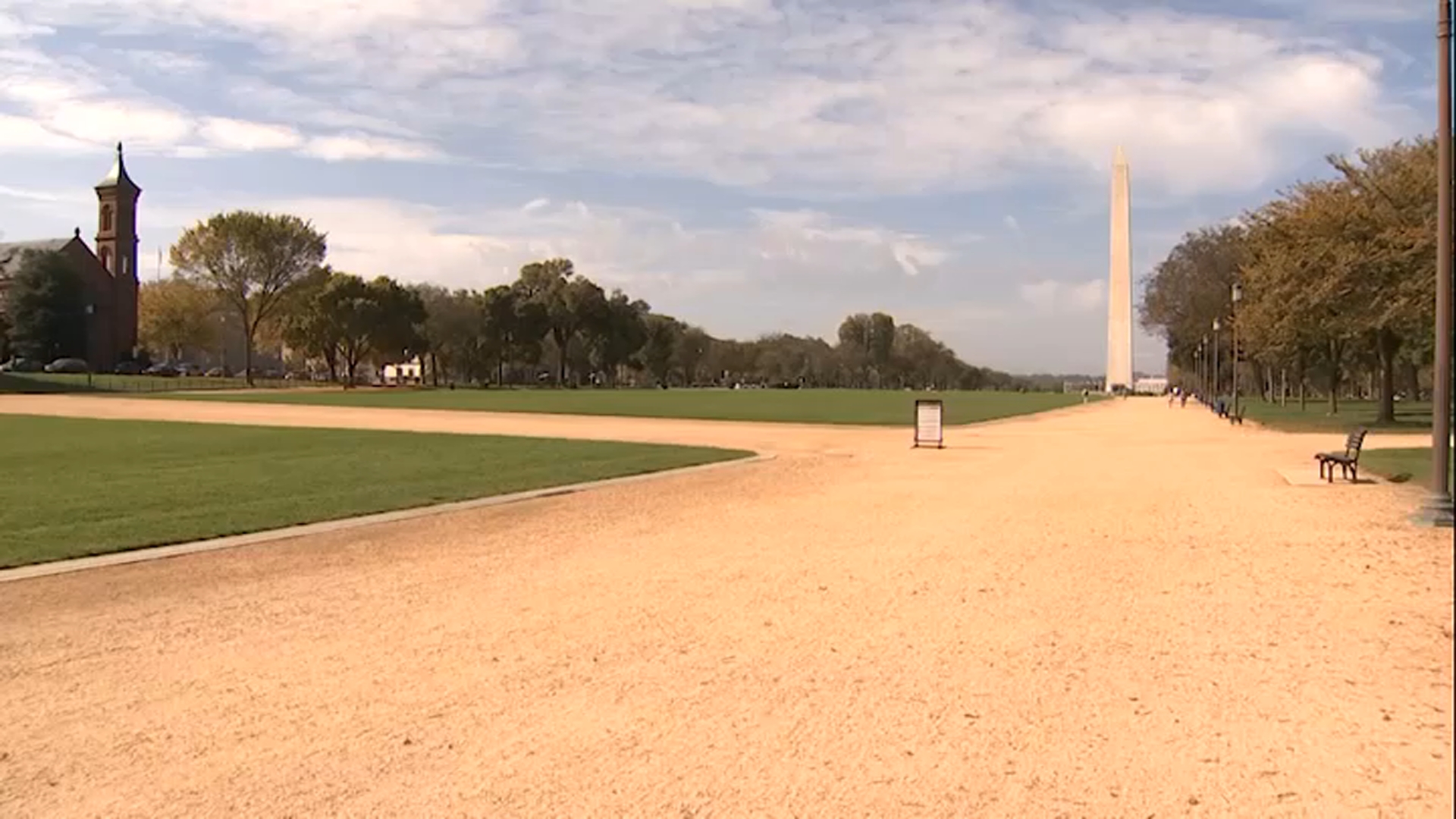 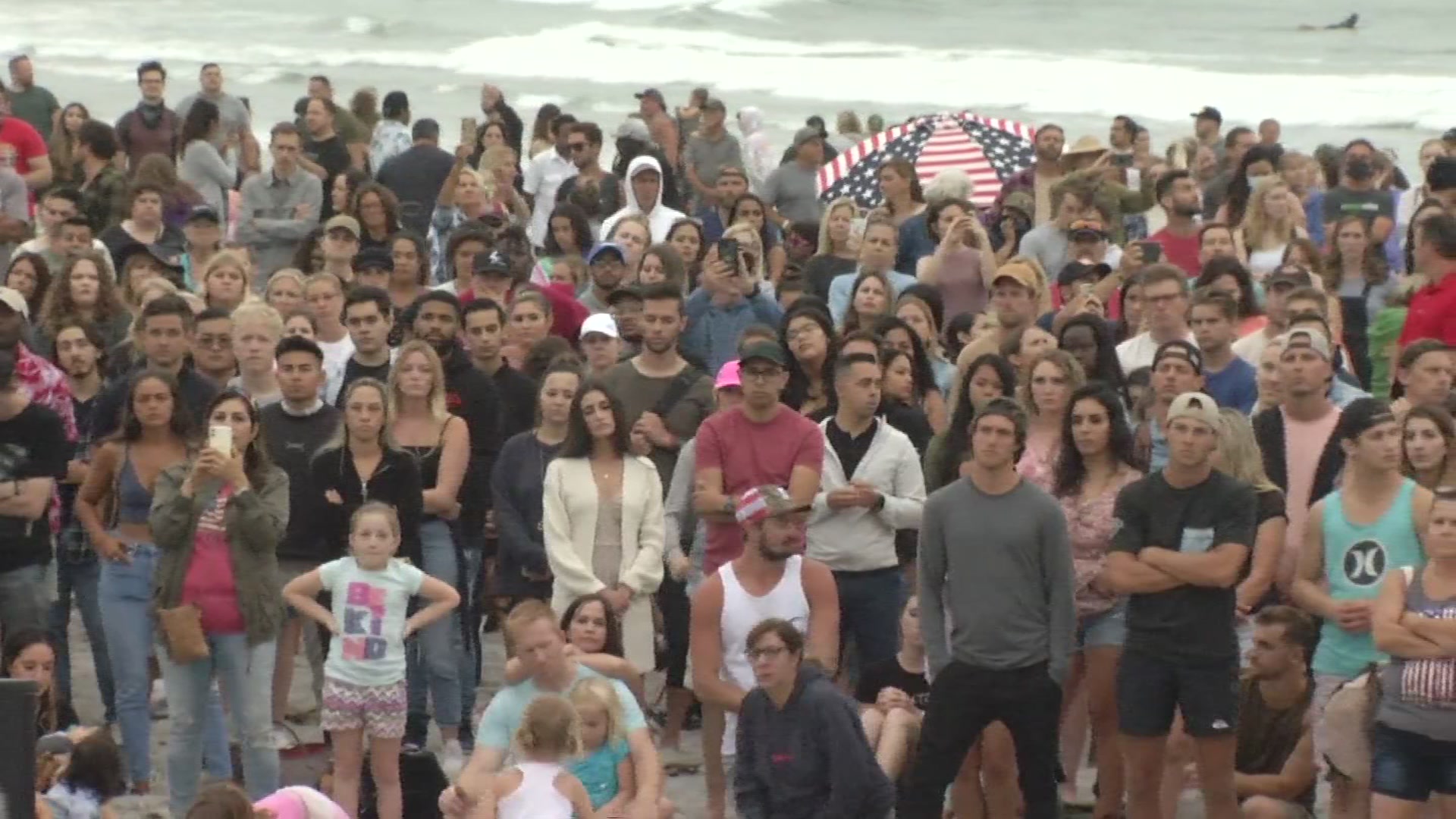 ‘We Have a Right … to Assemble and Worship': An Organizer of Beach Church Protest

In a YouTube video posted with the script "Claiming the coast of California for JESUS!!! #LetUsWorship,'' Feucht was with his family on the beach when he said, "We are launching into this epic two days together ... as we join with thousands from across America in person -- and online,'' leaving a deliberate pause between "in person'' and "online.''

Feucht said he's "excited to party in the New Year together'' with surprises planned at midnight and celebrate the New Year "by seeing God break out in Los Angeles,'' noting that "God is not finished with California.''

In Echo Park Thursday morning, Feucht's supporters gathered closely as musicians performed, and some of them spoke to the homeless residing in tents at the park. There were no immediate reports of any unrest or public disturbances, but activists critical of the gathering were on hand, continuing their calls for the city to shut down the gatherings.

Mayor Eric Garcetti said Wednesday night Los Angeles police and county public health officials would be monitoring Feucht's activities, indicating the city is powerless to completely stop them, which are being held under the guise of a religious event.

But Garcetti urged Feucht and his followers to cancel the events.

"There are constitutionally protected rights, both religion and protest, which clearly he has used and exercised, but just because we do have the right to do things, doesn't mean it's the right thing to do,'' Garcetti said. "So I would encourage him first and foremost to come back, have a good concert after this pandemic is done.

"We do not want to see this (virus) spread, and the more spread there is, the more hospitalizations, the more deaths, so if you care about human lives, and what God has given each of us, which is the power of life, please don't do this.''

On Wednesday night, homeless activists set up a vehicle "blockade'' along a stretch of road near the intersection of Fifth Street and Towne Avenue, where a concert sponsored by Feucht later took place.

Feucht's Facebook page, in a Tuesday post, stated: "Our epic 2020 journey with God across America culminates in Los Angeles in just two days. Join us in person and online ...'' On Twitter Wednesday, he wrote, "THE GREATER THE RESISTANCE, THE GREATER THE BREAKTHROUGH!''

Feucht, a volunteer pastor and failed Republican congressional candidate from Redding, has a history of defying COVID-19 health mandates. He's been on tour hosting "Let Us Worship'' open-air concerts nationwide to push back against government restrictions on religious gatherings.

Video from the scene showed at least one of the acts performing while wearing masks as activists banged on metal pots in an attempt to drown out the show.

Some of the singer's events have featured hundreds of maskless worshipers tightly packed together as they sing and dance, which is something Skid Row activists said they fear could further spread the virus at a critical time when Los Angeles County is facing record case counts and a severe shortage of intensive care hospital beds.

Charles Karuku, a Feucht associate who travels with the singer, told the Los Angeles Times that they tell followers to heed government health guidelines, "but we are not law enforcement. It's up to the people how they choose to come.''

Feucht also has events scheduled for Corona Del Mar on Jan. 23 and outside the San Diego County Administration Building Jan. 24, according to his Facebook page.