A man was in custody after a 12-hour manhunt that began Monday evening in the San Fernando Valley.

A suspect in the shooting of a California Highway Patrol office was arrested Tuesday morning with help from a police bloodhound about 12 hours after the confrontation in Studio City.

The search for the 33-year-old man wanted in the shooting led authorities to an apartment complex in the west San Fernando Valley. The man was taken into custody by Los Angeles police Tuesday morning about a mile from the location after a LAPD K-9 unit's bloodhound tracked him down.

The CHP identified Pejhmaun Iraq Khosroabadi as the man sought in the shooting.

Sgt. Desi Ehrlich said the LAPD K-9 team was called in to assist with the CHP search and investigation. The dog picked up a scent at the apartment complex, then tracked the suspect to a homeless encampment in nearby Lake Balboa.

"Bloodhounds are looking for a specific scent, not just any scent," Ehrlich said. "Time, heat and wind are three things that really go against a bloodhound's ability to track or trail. In this case, we were pushing at that 10 to 12-hour mark.

"The dog did a phenomenal job."

A 4-year-old member of the LAPD K-9 unit played a key role in tracking down a suspect wanted in the shooting of a CHP officer in Studio City.

Piper has been with the department for about four years, since she was 8 weeks old. She helps with searches for critical missing people, such as children, but can assist with criminal investigations.

LAPD Chief Michel Moore said Tuesday that the suspect was located in a tent at a homeless encampment. He appeared to have suffered a gunshot wound to his hand.

The CHP officer shot just before 8 p.m. in the 4500 block of Laurel Canyon Boulevard remained hospitalized Tuesday in critical, but stable, condition. The location is in front of a private school, Campbell Hall, just off the 101 Freeway.

The CHP has not publicly identified the wounded officer. He is 27 years old and has been with the agency for just under one year, the CHP said.

According to a statement given by the CHP early Tuesday morning, an officer from the CHP's West Valley Division attempted to make an enforcement stop on a white Ford sedan. Authorities did not say what led to the initial traffic stop.

As the officer approached the driver of that sedan, the driver left their car and an "altercation occurred," the CHP said.

A CHP officer was rushed to the hospital in critical condition after being shot during a traffic stop in Studio City. Lauren Coronado reports for the NBC4 News at 11 p.m. on June 13, 2022.

The driver then fled the scene.

The type of firearm, and whether the driver fled the area on foot or by car, was not immediately clear. The driver is considered armed and dangerous, and police are still searching for that individual.

The shooter was last seen in Van Nuys, but the search of the apartment complex where he was last seen came up empty. Toni Guinyard reports for Today in LA on Tuesday, June 14, 2022.

Later Monday evening, law enforcement officers set up a perimeter around a neighborhood off of Haskell Avenue in Van Nuys, where the shooter was last seen, while they searched an apartment complex for the shooter. Residents were evacuated as police used tear gas in an attempt to get the shooter to leave. 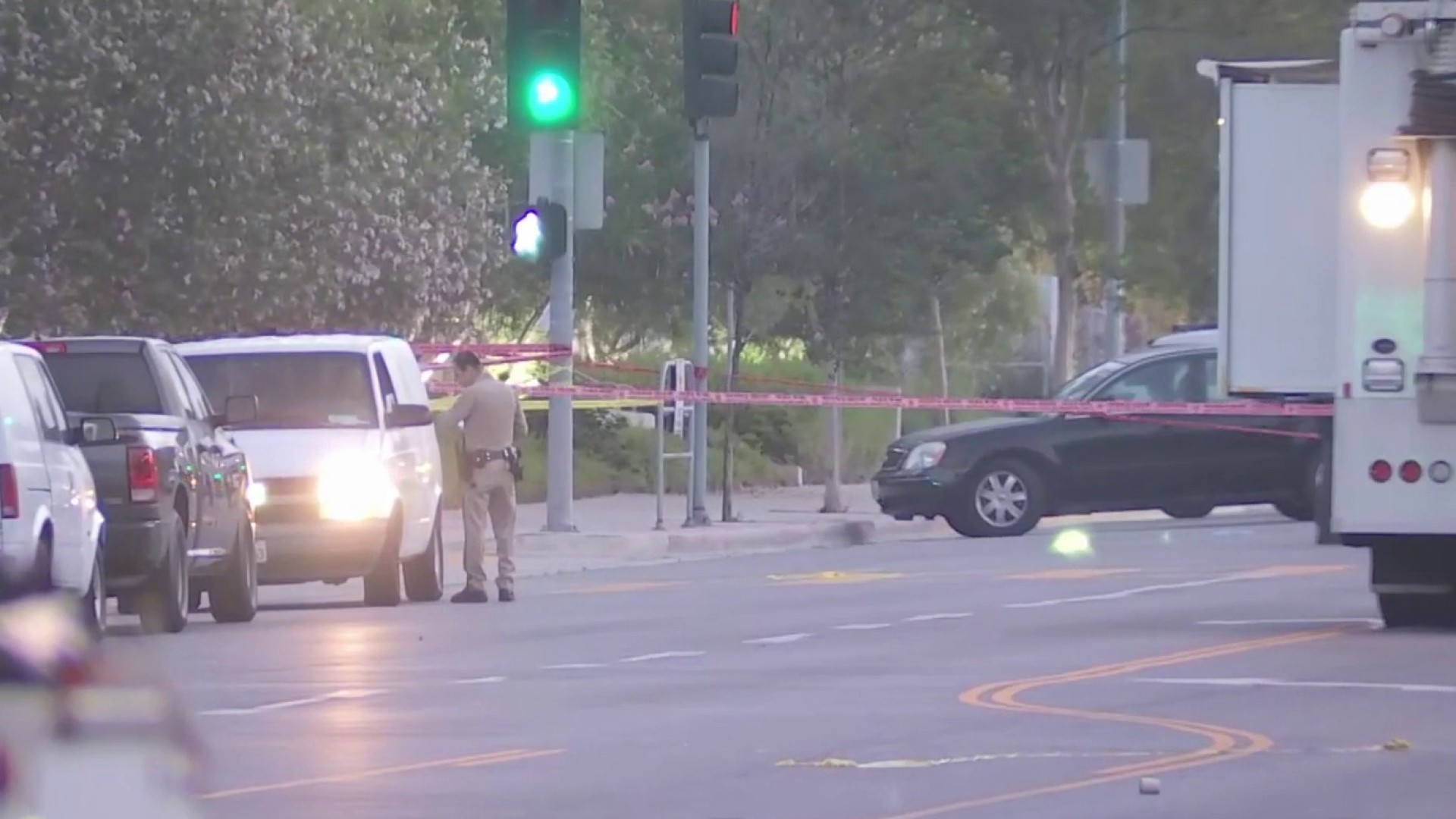 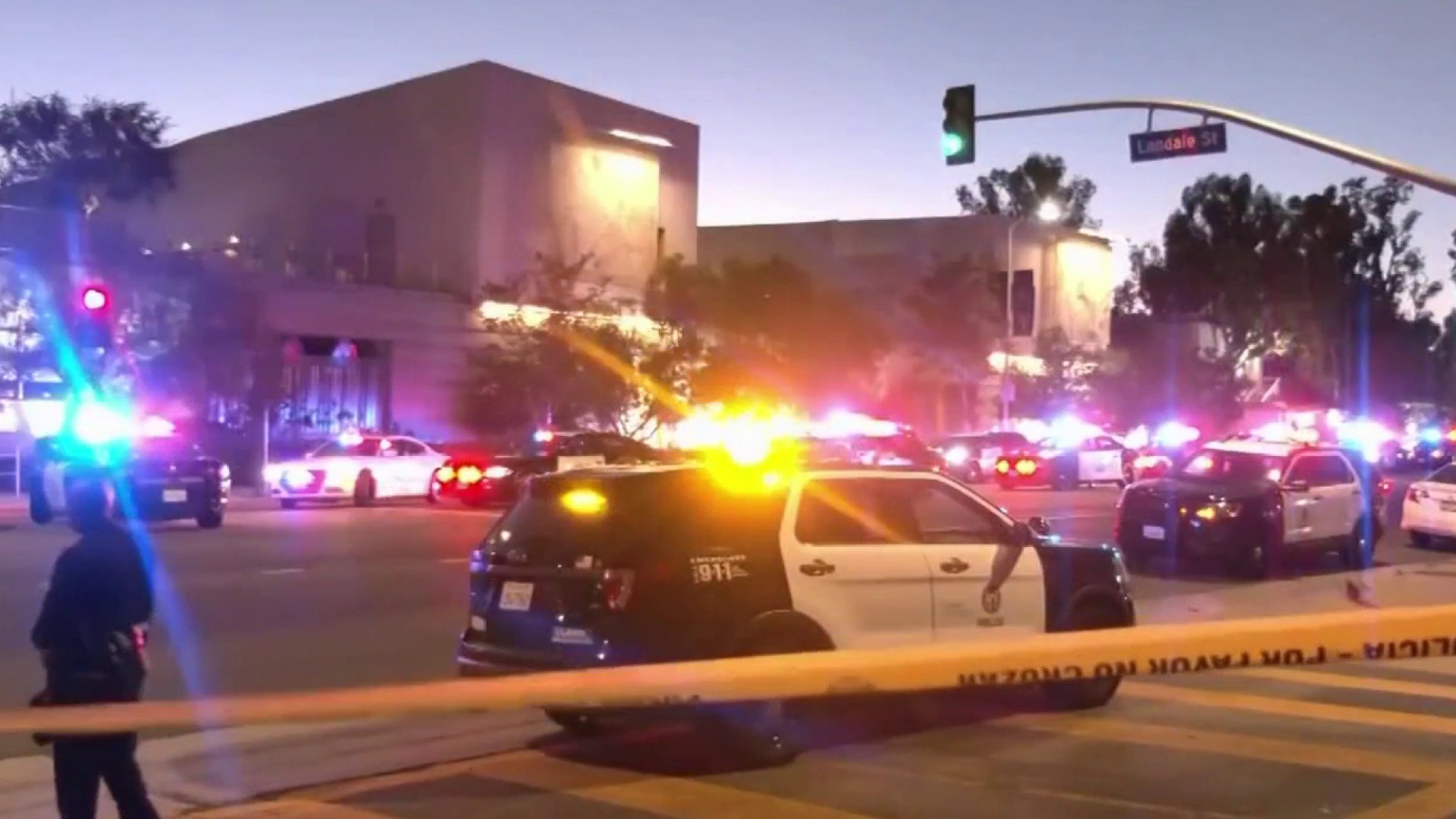