Pets in the City: How to Make Apartment Living Work for You and Your Pup

Living in an apartment with your canine companion isn’t much different from living with a human roommate: They don't clean, they don’t pay for groceries and you're starting to suspect they don't even have a job.

Arguably the biggest challenge for dog owners in apartments is having to escort their furry friend outside for all exercise — and all bathroom — breaks. That means rain, shine, sleet, snow, 6 a.m. or 3 a.m. or 11:30 p.m. — buddy, you’ve got to put on your pants.

Finding forever homes across the country 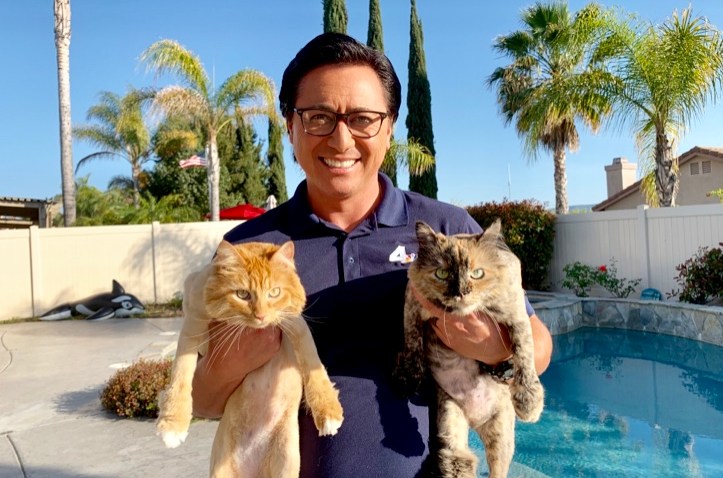 Clear the Shelters is Back! Adopt or Foster a Pet Now Through Aug. 31 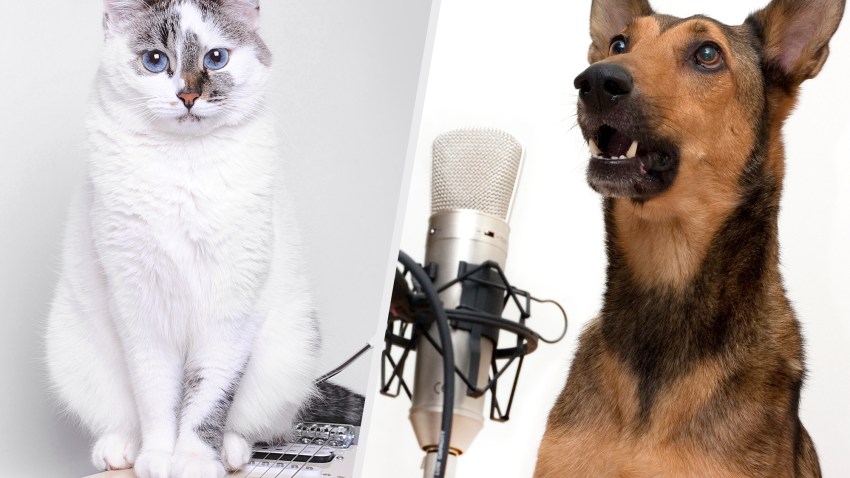 "If you’re living in an apartment with a dog, first and foremost the onus is more on you to get the dog out for all of his or her needs," says Mike Kaviani. Kaviani is the Director of Lifesaving Operations at the no-kill shelter Austin Pets Alive! in Austin, Texas, and he says apartment living can in some cases actually benefit your pup.

"As long as the owner is committed to getting the dog out for fun outings, the dogs actually end up getting more activity and more outings and more time with their person," he says. Kaviani knows from personal experience: He lived in a studio apartment with the first dog he owned as an adult, and he recalls having to "leash him up and go out there."

"As long as you're willing to do that — I mean, he had so much activity." With multiple daily outings, Kaviani realized he and his pup were both getting more activity because of their apartment lifestyle.

"So, I actually think it can be a real win for the dog," he said.

Anthony Newman, a canine behavior consultant in New York City, echoes Kaviani on the activity level of house dogs versus that of apartment dogs.

He says he noticed his family's dogs, while growing up in the suburbs of St. Louis, had behavior issues stemming from lack of discipline and socialization.

"City dogs can end up being the calmest, most social, peaceful and obedient dogs around," Newman noted.

No matter how committed you are to your apartment dog, however, you're going to have to leave him or her alone sometimes. And since apartments do not have doggie doors, your pup can't just stroll outside for business purposes.

If you know that you won’t be able to get back to walk your pup at the usual time, that’s fine — you can hire a professional or convince a trusted neighbor to come by to walk your dog.

There is likely a dog-walking service of some kind in your neighborhood — research online and ask other dog owners in the area to find a service that works for you. Try to meet the person who’ll be walking your dog if they’re going to be doing so on a regular basis.

You should also give a trusted person in your building a set of your keys; if you’re away and the building needs to be evacuated for any reason, you’ll want someone to help get your pup out, too.

Speaking of neighbors, they present another significant difference between apartment dog life and house dog life.

You should make an effort to introduce your dog to your apartment neighbors, especially those who live on your floor and those directly above you and below you. It’s also a good idea to introduce yourself to anyone in your building with young children — you can let parents know whether your dog is cool with kids. Make clear to your neighbors what your dog's boundaries are, and be consistent in your interactions with them.

Another thing about apartment neighbors is their physical proximity to you.

It's important to remember that dogs are not silent. Barking is not the only noise dogs make — they like to play, to run around and toss and catch. And it’s fine to play those games indoors with your dog, but if you have people below you, just keep in mind what time of day or night it is when you break out that hard plastic toy your dog likes to throw against the floor. If your floors aren’t carpeted, getting an area rug (probably not an expensive one) will help muffle noises for people below and will also help protect hardwood floors from scuffing.

If your dog reacts to your absence by barking herself hoarse while you are gone, this is a problem (unless you never leave, but that actually sounds like a different kind of problem). Not only will this incessant row irritate your neighbors — maybe enough to complain to your landlord — it’s also a sign that your pup isn’t able to relax when you go out to do the human stuff you have to do.

"Separation anxiety," says Newman, can be a problem for your nervous pet, and then for you and even your neighbors — some dogs bark, or whine, to express their anxiety.

Newman says to help your dog get accustomed to chilling solo in a new living environment, it's best to make sure your pet's "exhausted and fulfilled mentally, physically and socially, and feeling comfortable at home with her bed, toys and chews" before leaving her alone in the place.

Kaviani recommends teaching your dog new tricks or providing them with brain-stimulating puzzle toys indoors to keep them entertained in the smaller space.

So, if you've got an apartment but want a dog, or if you've got a dog but want to move into an apartment, you should start by considering your dog's needs and temperament, Kaviani says. "If the dog can handle being in an elevator with strange people, and sometimes strange dogs," he shouldn't have an unusually rough time adapting to apartment lifestyle.

"Where it can go poorly, or where you’ll find some challenges, though, would be if the context or living environment isn’t conducive to the dog’s needs," says Kaviani. He cautions that if you have a dog with some shyness or some fearful behavior, they may not be comfortable hopping in and out of elevators or winding their way through crowded hallways and staircases. You should do your best to find a living space that won't cause too much additional stress on your pet.

"Dogs don’t need a mansion to live in. They don’t need a certain amount of square footage to meet their standards. Really, when they’re home, they just want to chill with you, their person." The living arrangement would only become a problem, he says, if your work or life schedule isn't "conducive to spending a good amount of time with your dog."

Anthony Newman's tips for moving yourself and your dog(s) to a new apartment: