LA County Firefighter denied claims that he displayed photos of Kobe Bryant's remains from helicopter crash in court during trial.

An LA County firefighter Wednesday strongly denied claims that he displayed grisly photos of Kobe Bryant's remains to
colleagues at an awards banquet in February 2020, a month after the helicopter crash that killed the NBA star and eight others.

Captain Tony Imbrenda told a jury in downtown LA that he had a few pictures of the crash site debris field -- some containing red flags to signify covered remains -- on his phone at the Golden Mike ceremony, at which fire department public information officers were being honored for their work during that year's wildfires, but never had any images of the athlete's corpse.

In previous testimony, Luella Weireter, the wife of a firefighter, testified that during the gala event, she saw Imbrenda share photos of remains and other images from the crash scene with attendees. At one point, she said, Imbrenda's girlfriend invited her to take a look and she declined.

When asked if Weireter's statements were true, Imbrenda responded, "Absolutely not. I'm adamantly testifying to the fact -- that never happened. It's just factually untrue.''

Vanessa Bryant and Irvine financial advisor Chris Chester are suing the county in LA federal court for unspecified millions of dollars for negligence and invasion of privacy over such photos. Her husband and 13-year-old daughter Gianna, Chester's wife, Sarah, and the couple's 13-year-old daughter Payton were among the nine people killed in the crash.

The plaintiffs allege that LA County's first responders took gruesome cell phone pictures of human remains at the remote Calabasas crash site for their own amusement as "souvenirs'' and shared them with other law enforcement personnel and members of the public. 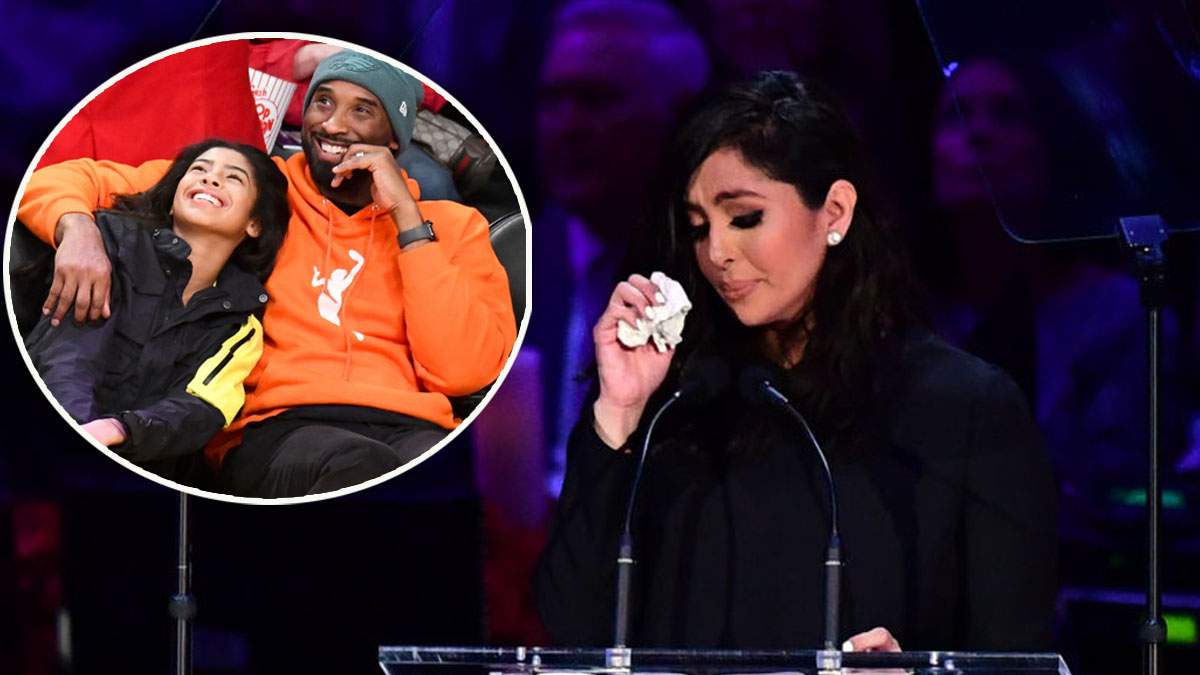 The county contends all images taken by its sheriff's deputies and firefighters were deleted upon orders of their superiors, no longer exist in any form and never entered the public domain.

Scott said he recalled seeing no more than five images, which included red flags indicating bodily remains. Asked if he saw any specific remains, he said, "I don't remember.''

However, in a recorded interview with investigators that was played for the jury, Scott said in March 2020 that he saw feet, a torso, and "a body bent in half'' in the photos.

Witnesses at the trial -- which began on Aug. 10 in downtown LA -- have often found their current statements contradicted by what they said years earlier in recorded interviews played for the jury by the plaintiffs' attorneys.

On Wednesday, a Sheriff's Department official, who was captain of the agency's information bureau at the time of the crash, apologized in court to the victims' families for not telling them that photographs of dead bodies were taken and shared by deputies at the scene of the accident.

From the witness stand, Chief Jorge Valdez offered his condolences to Bryant and Chester, and apologized for never notifying them more than 2 1/2 years ago that deputies had taken accident scene photos and sent them to other law enforcement personnel.

Although Valdez had promised at the time of the accident that the department would be as "sensitive'' to the families' needs as possible, he conceded that the agency never reached out to give advance notice that a story of the shared crash scene photos showing human remains was about to appear in the media.

Among the previous day's witnesses was a sheriff's deputy who manned the parking lot at the accident command center and told jurors he shared graphic photos from the crash site with a fellow deputy while they played the video game ``Call of Duty.'' Deputy Michael Russell testified that he texted several photos from site to his gamer friend one day after the accident.

Under questioning by a plaintiffs' attorney, Russell said he shared the photos "in order to get through the stresses of the day before,'' and conceded that he "had no business" having the digital images on his phone in the first place.

"It was just a very callous mistake on my part,'' Russell testified. Attorneys for the plaintiffs contend that the images spread to at least 10 others, some of whom displayed them for members of the public.

Along with Chester and Bryant's loved ones, the crash killed Alyssa Altobelli, 14; Keri Altobelli, 46; John Altobelli, 56; Christina Mauser, 38; and pilot Ara Zobayan, 50. Kobe and the other passengers were on their way to a girls basketball tournament in Thousand Oaks.

The defense is expected to start presenting its case on Friday.