Two bodies were found in the backyard of the home where a stash of fireworks exploded, shattering windows of nearby houses and forcing evacuations in the San Bernardino County community.

Two men killed in an explosion caused by a stockpile of fireworks at an Ontario home were identified Wednesday by family members as two cousins.

Authorities said earlier Wednesday that Alex Paez, 38, and Ceasar Paez, 20, were missing after Tuesday's blast. Family members confirmed to NBCLA that the cousins died in the explosion.

Alex Paez's sister said the explosion happened at his home where their remains were found. He is survived by his wife and three children, she said. The younger cousin was visiting the home.

It was not immediately clear whether anyone else was home at the time of the explosion.

The coroner has not identified the bodies found in the backyard of the home at the site of the explosion, which shattered windows of nearby houses and cast a debris field across about 80 properties. Bomb squad technicians were looking for unexploded ordnance in the neighborhood about 40 miles east of Los Angeles in a task that will likely require days to complete.

Once the bomb squad determines the area is safe, investigators will enter the property. Authorities still have not been able to access the home at the center of the explosion. 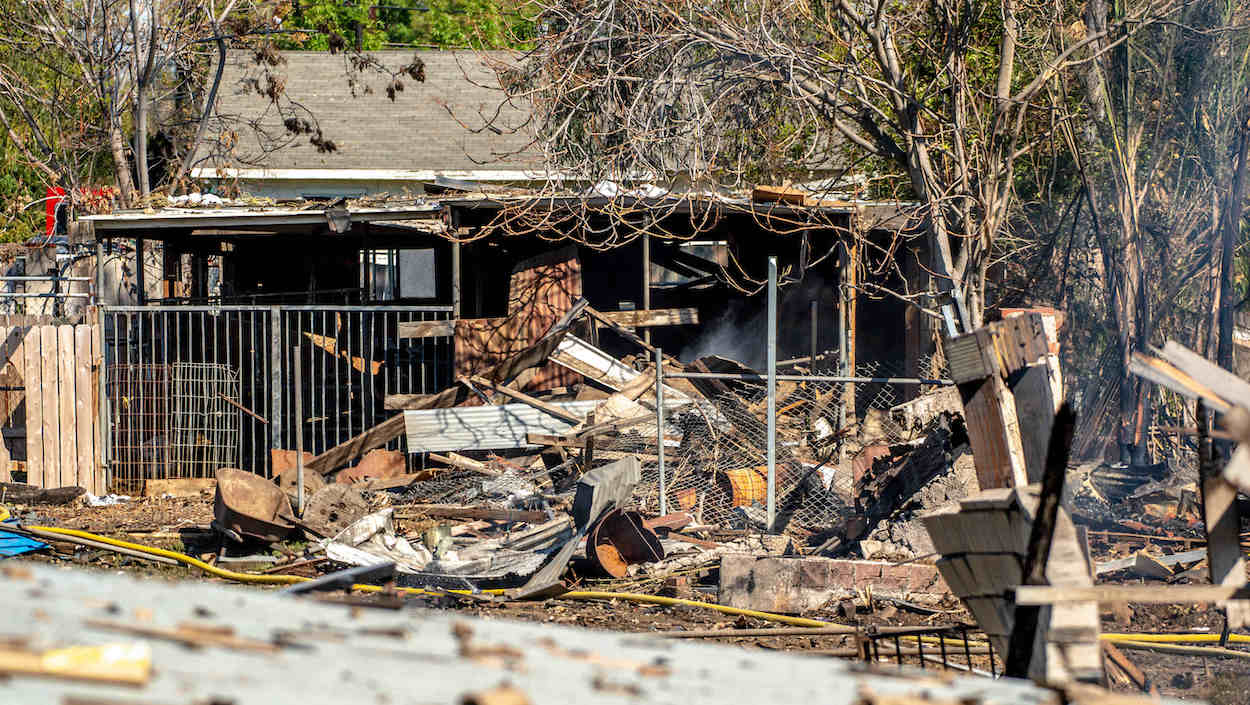 “It’s too dangerous for us to get in there,” Ontario Police Chief Mike Lorenz said. “Today’s about making this place safe.”

Until then, dozens of evacuated residents will likely remain out of their homes,.

Enough unexploded fireworks to fill about 60 large buckets or boxes had been collected and were to be burned. But more explosives could be found and it could take days to clear the area, Ontario Fire Chief Ray Gayk said at a news briefing.

Law enforcement agents — including the FBI — are investigating the explosion. A huge plume of smoke could be seen for miles. Two other explosions followed the main blast, and fireworks continued to explode hours after the initial explosion.

Fire officials initially said the fireworks appeared to be commercial-grade, but Gayk on Wednesday said authorities had backed away from that description based on a closer look.

“Some of them are kind of a mixed bag of what you would find at out-of-state places” where they are legal, he said.

Fireworks are illegal in Ontario, as in many California cities. Lorenz said last year officers received more than 240 calls of fireworks being set off in the area.