Jeremiah MacKay was the department's official bagpiper, a role that saw him often playing at officers' funerals

A vigil was held Tuesday evening for Detective Jeremiah MacKay, who died last week in a gun battle with an ex-LAPD officer bent on revenge killings of police officials.

MacKay, 35, was a 15-year veteran of the San Bernardino County Sheriff's Department. A husband and father of two young children, MacKay was shot and killed by Christopher Dorner on Feb. 12.

Rain and frigid temperatures did not stop hundreds of mourners from honoring the slain detective during a 6 p.m. outdoor candelight vigil at Yucaipa Community Center. 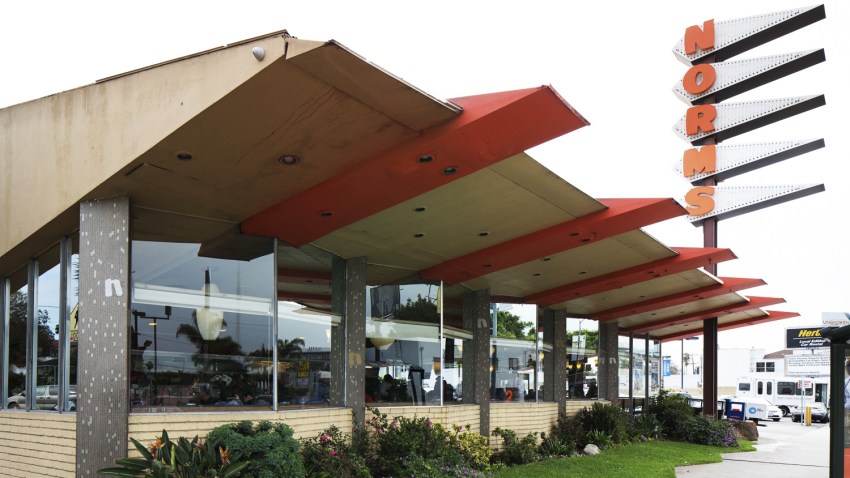 MacKay's funeral will be held Thursday morning at San Manuel Amphitheater in Devore.

Accomodations are available for mourners attending the funeral, donated by gracious hotel owners and anonymous supporters.

The owner of Crest Lodge is offering free cabins MacKay's family, friends and colleagues. Some rooms at the Hilton Hotel in San Bernardino have been donated to MacKay's loved ones for free. Rooms at the San Bernardino Hilton and the Best Western in Rancho Cucamonga are $69 per night, a nearly 50 percent discount.

MacKay was celebrated Feb. 15, along with a Riverside police Officer Michael Crain, who was also killed by Dorner. The event last Friday was at an annual fundraiser organized by MacKay to raise money for the Fallen Officers Memorial Fund. The event had been scheduled before MacKay was killed.

MacKay was the Sheriff's Department's official bagpiper and, in that role, he often performed at officers' funerals.

MacKay is survived by his wife, a 7-year-old daughter and a 4-month-old son.

On a Facebook page created in his memory, his sister Angie MacKay Reynolds thanked the more than 14,000 fans, many of whom posted comments about the detective.

"I have always been so proud of my brother and loved him beyond words, he was my best friend, my hero and my protector since the day I was born," she wrote Tuesday.