In July, the greatest athletes in the world embarked upon Los Angeles for one extraordinary evening. Amongst the NBA Champions, world record holders, and the U.S. Women's National Soccer Team, there was one person who stood out amidst them all.

He was dressed to the nines in a black suit and violet dress shirt. He carried a white cane, adorned a "Jimmy V" pin, and the glare of his Pac 12 Championship ring was blinding in the hot summer sun.

He wore sunglasses, but then again, he always wears sunglasses. Ordinarily, you'd find him on a field somewhere. Veiled with a helmet, shoulder pads, and a uniform woven of crimson and gold. Here, amongst the Versace, Gucci, and Tom Ford suits surrounding him, he was the proverbial fish out of water.

This is Jake Olson at the 2019 ESPY Awards. The first ever blind collegiate football player had been relegated to a spectator like us all, and he was just fine with that.

On September 2, 2017, Olson made history when he became the the first completely blind person to ever play in a Division I football game.

Olson appeared in two games with the USC Trojans that season, and won the job as the full-time backup long snapper in 2018. After graduating from USC in June, he will likely never play football again.

In a different life, one gifted with sight, he imagines himself as a running back: breaking through holes, embracing for impact, and bouncing off the hits thrown at him as he continues to progress forward. 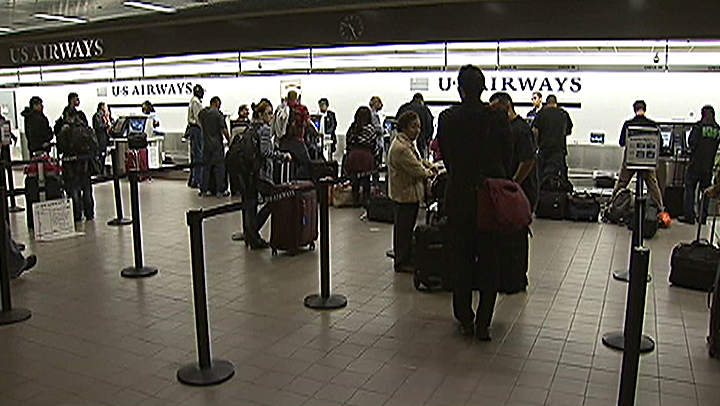 Olson was born with retinoblastoma and lost his left eye at 10 months old. At age 12, he lost his right eye. He gets around today thanks to the help of his best friend. His loyal guide dog, Quebec.

Despite over a decade of living in the dark, Olson still battles with the day-to-day of living life as a blind person. He struggles finding outlets in his home and plugging things into them. He's unable to drive a car, and he still hasn't figured out how to squeeze the right amount of toothpaste on his toothbrush without making an absolute mess.

One thing Olson is not, is shameful. The 22-year-old is one of the most admirable people you will ever meet. As evidenced by not only his attitude, but his desire to help other visually impaired children like he was.

In March of this year, as agents and NFL scouts scavenged the USC campus on Pro Day looking for the next star player, Olson raised money for his charity, Out of Sight Faith.

Olson didn't want to steal the spotlight from his teammates that were entering the 2019 NFL Draft, but he wanted to inspire them and make a difference. Olson knows he doesn't have a future on the gridiron, but that didn't stop him from bench-pressing 225 pounds 17 times as his friends, teammates, coaches and scouts all cheered him on.

As Olson now writes another chapter in the story of his life, he will once again have to adjust to life in the dark. Not literally of course, but now that the thousands of fans that once packed the Los Angeles Memorial Coliseum will no longer be cheering his name, Olson will have to acclimate to life outside the limelight.

As previously mentioned, those first initial steps begin with giving back to those that will currently walk the same path as he did. Out of Sight Faith raises money to purchase equipment and technology to help other children diagnosed with retinoblastoma.

Thanks to Olson and the hard work of others, there is now a device that can help save the eyesight of thousands of other children that find themselves in a similar state as he did a decade ago. This technology did not exist ten years ago, but now that it does, it will make an undeniable impact on the lives of many.

Olson already knows that he's a role model, but the impact he plans to make on others lives doesn't end with just children. Olson wants to inspire others through his work as an author and motivational speaker.

Recently, Olson signed with one of the top three talent agencies in Los Angeles: United Talent Agency. He's shot an ad campaign with Head and Shoulders, and just finished authoring his second book, Open Your Eyes: 10 Uncommon Lessons to Discover a Happier Life.

"I always say find the setup in the setback," said Olson, who reiterates this mantra in the book. "In every setback, there's a setup waiting to happen. With that, comes patience and perseverance. I'm not saying that the setup comes right away, but if you treat that setback as permanent and immovable, then it will stop you, but if you see that setback as something that is just waiting to be a setup for something else, then you can use it and leverage it to bring you to new heights. Look for that setup and prepare for that setup."

For many, the thought of life after college and having to venture into adulthood can be considered a setback. The thought of an uncertain future can be scary, but Olson embraces it. He's already started his first small business, an app called "Engage," that allows everyday people to book motivational speakers like himself. Olson has even acquired other professional athletes as well, such as six-time Pro-Bowl wide receiver Terrell Owens, San Diego Chargers running back, Melvin Gordon, and Hall of Fame shortstop Cal Ripken Jr.

Finally, Olson wants everyone to know that he's still an athlete and his passion for sports still burns strongly within him. Olson grew up playing golf, and still plays competitively. He's already won numerous blind golf tournaments, and says he wants to become the best blind golfer on the planet.

"I want to play competitive golf and see how far I can take it," said Olson. "Golf was my first sport. Especially after going blind, that was something I still wanted to do and to be become the best golfer I can be. I love sports. It's always been a huge passion of mine, and it's something I don't want to lose."

Olson has never had a hole-in-one, but his impressive play on the course has already received the attention and adoration of greats like Tiger Woods and Jordan Spieth, the former of which fell immediately in love with Quebec.

Even though Olson's days of playing competitive football are likely over, Olson feels like his life is just beginning. After word of his inspirational story went viral in 2017, Hollywood came a calling. Olson received multiple offers from film and television producers who wanted to purchase the rights to his life story. Offers reached into the six-figure range, but Olson turned them all down.

"My story isn't over yet, it isn't finished being written," he said with a smile.

I recently ran into Olson at the Trojans home opener against Fresno State. I found him on the USC sideline consoling star quarterback J.T. Daniels after he suffered a torn ACL in the victory. I have no doubt that Olson was imparting some of his wisdom upon the 19-year-old, reminding him to look for the setup in the setback, and echoing the two words that not only embody Olson, but all of a Trojan Nation: