Public Health Director Barbara Ferrer said Wednesday that the slowed pace of vaccinations means it will take the county until late August to reach the target of getting 80% of the population at least partially vaccinated.

In another sign of reduced demand for COVID-19 vaccinations, Los Angeles County has announced it will close its four large-scale vaccine sites in coming weeks and transition them to smaller, community sites.

"We remain committed on getting vaccine into neighborhoods where we can continue to reach people who may have limited ability or time to get to large vaccination sites," according to a statement released Thursday by the county Department of Public Health.

The closures will begin Monday, when the county-run site at Cal State Northridge will shut down, with operations shifting to a smaller location at the Balboa Sports Complex in Encino. According to the county, people who received their first dose at CSUN will get their second dose at the Balboa site. Residents in need of transportation to the site can call 833-540-0473 to arrange a free ride.

The other large-scale sites run by the county -- at the Forum in Inglewood, the Pomona Fairplex and the county Office of Education in Downey -- will close at the end of the day June 13. Beginning June 15, smaller sites will be opened at:

Those three sites will operate from 11 a.m. to 6 p.m. Tuesdays through Saturdays. LA County Teams Up With Homeboy Industries in Vaccine-Encouragement Effort 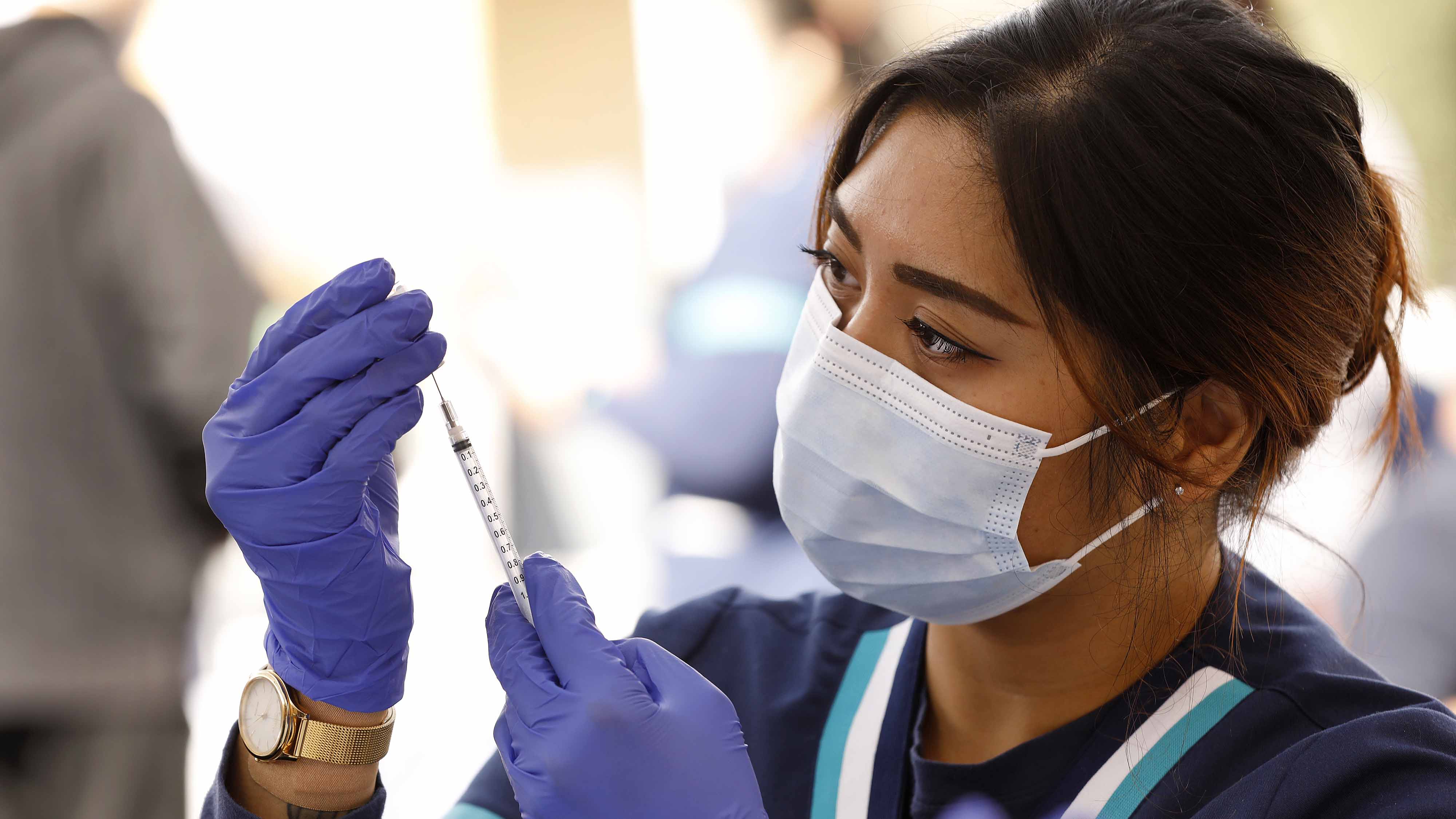 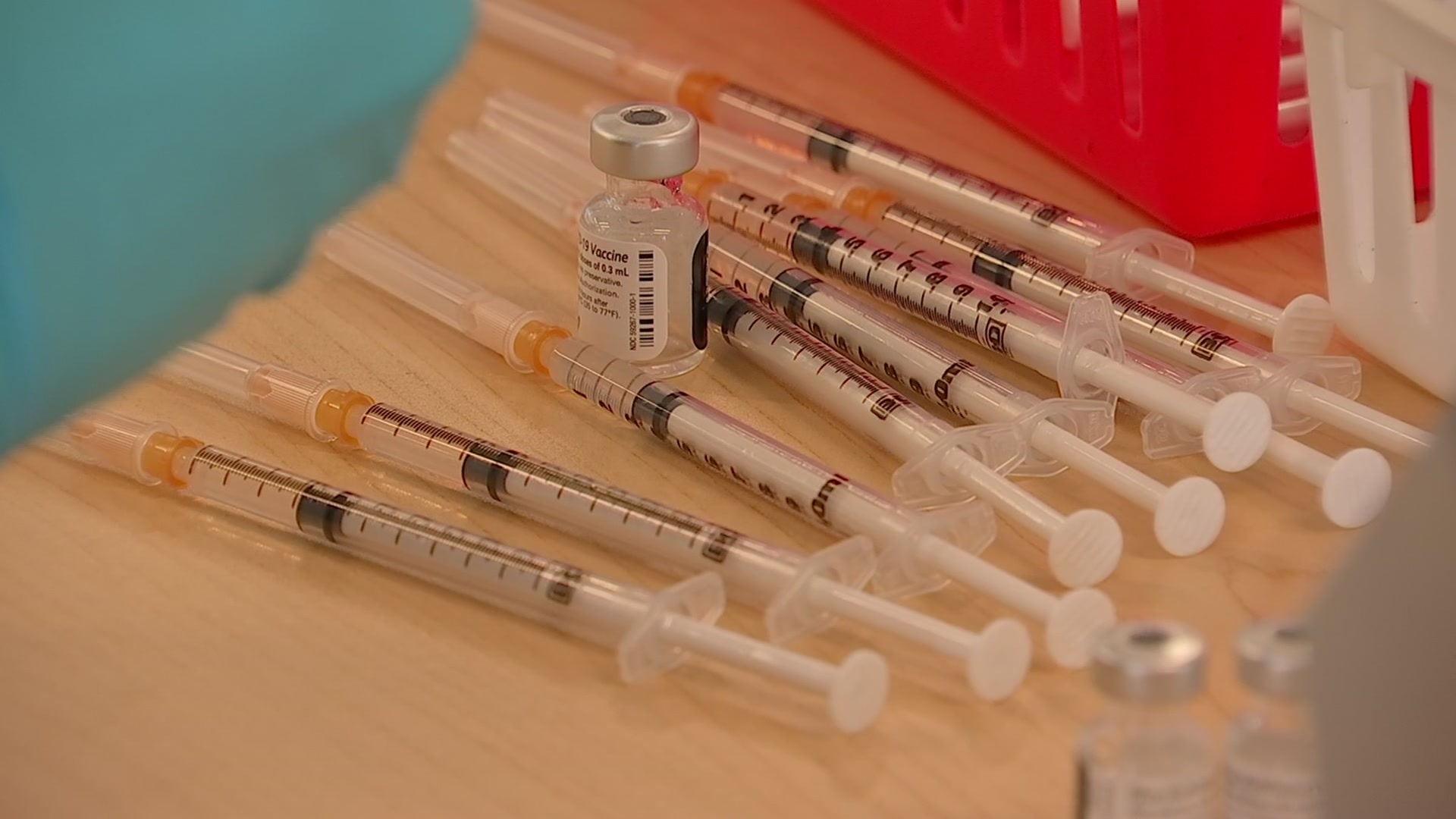 "It is clear that we need to double down on efforts to make it as easy as possible to get a vaccine and build trust in COVID-19 vaccines," Public Health Director Barbara Ferrer said in a statement.

"Many residents have important questions that need to be answered and their concerns are valid. Our job is to continue to be transparent and honest as we share information on vaccine safety and efficacy."

Ferrer said Wednesday that the slowed pace of vaccinations means it will take the county until late August to reach the target of getting 80% of the population at least partially vaccinated.

"We're currently administering about 100,000 vaccinations to LA County residents each week, and have about 1.1 million more first doses to go before 80% of all LA County residents 16 and older have received at least one vaccine," Ferrer said in a virtual media briefing on Wednesday.

"If we keep vaccinating at the same rate we've been going for the past two weeks, it will take us until late August to reach this goal. And obviously we would like for this to happen sooner, so we're hoping with easier access and more opportunities to get questions answered about vaccine safety, we can increase the number of doses we're administering each week."

The Black and Latino/a communities continue to lag behind the rest of the population in vaccinations, particularly among younger age groups. Most recent figures showed that just 21% of Black residents and 32% of Latino/a residents age 16-17 have received at least one dose so far. That compares to 51% of white residents and 67% of Asian residents aged 16-17.

The low vaccination rates have translated to higher rates of infections, hospitalizations and deaths among Black and Latino/a residents in recent weeks, Ferrer said.

At the peak of the vaccination effort, about 500,000 doses of vaccine were being administered weekly in the county.

According to figures released by Ferrer, roughly 64% of county residents age 16 and older have received at least one dose so far, while roughly 53% of residents in that age bracket are fully vaccinated.