Experts say that health care workers, first responders and those most vulnerable to the virus will be given first access to the vaccine.

As the possibility of a vaccine for COVID-19 takes shape, the Los Angeles County Board of Supervisors voted Tuesday to look at using schools as a key resource in rolling out vaccinations.

Supervisor Janice Hahn recommended that the Department of Public Health work with school districts to evaluate the feasibility of setting up mass vaccination sites at local schools.

"We're going to be faced with one of the largest vaccination efforts ever, and we need to be prepared," Hahn said.

Hahn said she had a long conversation with Los Angeles Unified School District Superintendent Austin Beutner and was grateful for his willingness to partner to distribute vaccines.

"Communities know and trust their local schools, and they would be ideal for getting families vaccinated," Hahn told City News Service on Monday.

"This isn't a new idea. I remember getting the polio vaccine on a sugar cube at school when I was a child." 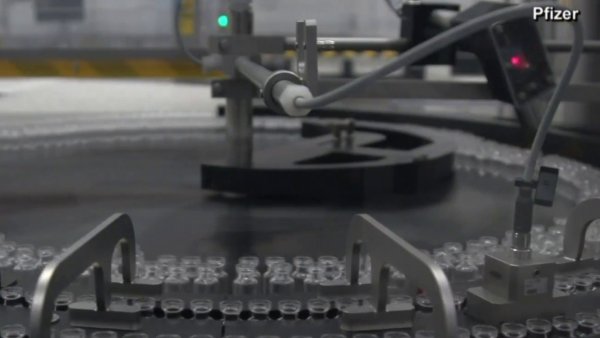 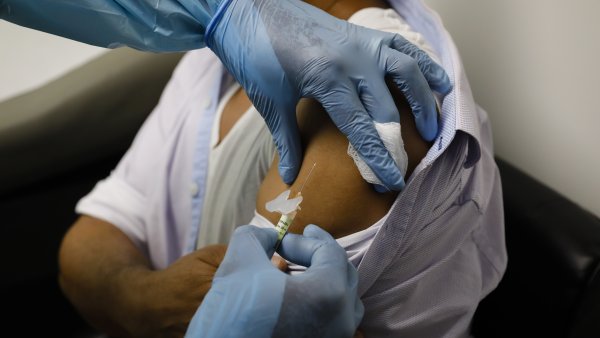 Hahn said schools are also uniquely positioned to follow up with families if one of the vaccines requiring a series of two doses is ultimately approved.

Beutner reminded the board that 80% of LAUSD students' families live in poverty and cited estimates that more than three-fourths of those families have suffered a job loss as a result of the coronavirus pandemic.

"Los Angeles Unified is committed to working with the county Board of Supervisors … in every way possible to help end the public health crisis so students can return to schools as soon as possible, in the safest way possible," the superintendent said.

County public health officials have already released an interim report on a plan for allocation, distribution and administration of whatever vaccine is ultimately approved. However, Hahn said she was disappointed not to see more specifics in that report.

Barbara Ferrer, the county's top public health official, assured the board that her team is ready and is playing a significant role on the state's task force on distribution. But more information is needed.

"We haven't gotten a plan from the federal government," Ferrer said.

When available, any vaccine will be released directly to the county as well as to Cedars-Sinai, which Ferrer said has been selected as the hospital partner for distribution in Los Angeles County.

Four vaccines are currently in widespread Phase 3 clinical trials in the U.S. Pharmaceutical company Pfizer announced Monday that its vaccine developed in collaboration with German-based drug maker BioNTech -- has been "found to be more than 90% effective in preventing COVID-19 in participants without evidence of prior SARS-CoV-2 infection" in early testing.

One key issue for how the vaccine will be managed is the need for refrigeration. The Pfizer vaccine in particular requires extreme cold storage that is not available in county hospital facilities, though other vaccines could be safely stored there, according to Dr. Christina Ghaly, who runs the county hospital system.

Ferrer said staffers are looking at options for both purchasing and leasing cold storage facilities to accommodate the possibility that Pfizer's vaccine is the first to be made available, but stressed that multiple vaccines are in trials.

Another issue is managing the "cold chain" for the vaccine, which must be kept cold in transit and then fully used as soon as it is opened, further complicating its use.

Pfizer CEO Albert Bourla said Monday that the company expects to have the safety data it needs to apply for emergency use authorization from the Federal Drug Administration by the third week of November.

The New York Times reported that Bourla has set past expectations for the timing of the vaccine that the company has failed to meet.

However, in an interview with CNN on Monday, Dr. Anthony Fauci, the director of the National Institute of Allergy and Infectious Diseases, called the news "extraordinary," and said an independent monitoring board has reviewed and agreed with the Pfizer results on efficacy.

Fauci said the news was also positive for Moderna Inc., which is developing a vaccine with similar properties.

"It's likely that we're going to have more than one vaccine that's effective," Fauci told CNN.

When the fourth large-scale trial -- by the Janssen Pharmaceutical Companies of Johnson & Johnson -- was announced in late September, Health and Human Services Secretary Alex Azar also pointed to the possibility of multiple options at the start of next year.

Fauci said that if the emergency use authorization process goes smoothly, "We would be giving vaccine to people very likely before the end of this year. That is good news."

However, logistical challenges remain, including the need for two doses of some vaccines, and Fauci urged Americans not to disregard public health advice about wearing masks and social distancing.

Ferrer emphasized the same point Tuesday, noting that health care workers, first responders and those most vulnerable to the virus will be given first access to the vaccine.

"We should all understand that there will be scarce supply in the early months," Ferrer said, telling the board that most residents would likely have to wait some months for access.

In the meantime, residents should redouble their efforts to wear masks, observe social distancing and avoid gatherings outside their household, especially given a recent surge in case numbers and transmission rates in Los Angeles County, she said.

"We all need to be about driving the rates down," Ferrer said.

"We're all in this together."