More than half of the women surveyed, 53.2%, said they have experienced domestic or interpersonal violence in their lifetime.

A majority of Los Angeles homeless women interviewed in a recent survey reported being victims of some type of violence over the past year, according to a report released Thursday.

According to "The Los Angeles Women's Needs Assessment'' survey of 305 homeless women, released by the Downtown Women's Center, 60.2% of respondents said they had been victimized in the past year. More than half of the women surveyed, 53.2%, said they have experienced domestic or interpersonal violence in their lifetime.

According to the report, women's homelessness has reached "crisis conditions,'' with the most recent homeless count tallying nearly 11,000 women experiencing homelessness in the city of Los Angeles, a 13% increase from 2018 to 2019. More than 18,000 women are homeless in Los Angeles County.

The reports cited a "critical shortage'' of services and housing available to homeless women, noting there was a 41% increase in homeless women living in the county from 2013 to 2019.

"We must address this shameful crisis within a crisis of women experiencing homelessness across Los Angeles,'' said Amy Turk, the incoming CEO of the DWC. "These new data show that women continue to endure the harsh indignities of homelessness while remaining invisible and often forgotten on the streets. It's time we provide housing and services that directly meet their needs. These women deserve to be seen and to be heard.''

Also according to the report:

If we truly want to confront the homelessness and housing crisis in our city, we must ensure women receive the services and support they need to stay safe and secure,'' Los Angeles Mayor Eric Garcetti said. "The Downtown Women's Center is at the heart of our work to lift up homeless women and put them on a path to healing, housing and hope, and this landmark report will help us understand the magnitude of this challenge and ultimately solve it.''

The DWC led the project and developed survey questions with input from partner organizations, other service providers and women who have experienced homelessness. The USC Sol Price Center for Social Innovation conducted the data analysis for the report.

"Women living in poverty are stigmatized,'' state Sen. Holly Mitchell, D-Los Angeles said. "It is imperative that we invest in collecting the right data to develop sound policy to derail the cycle of homelessness for women.'' 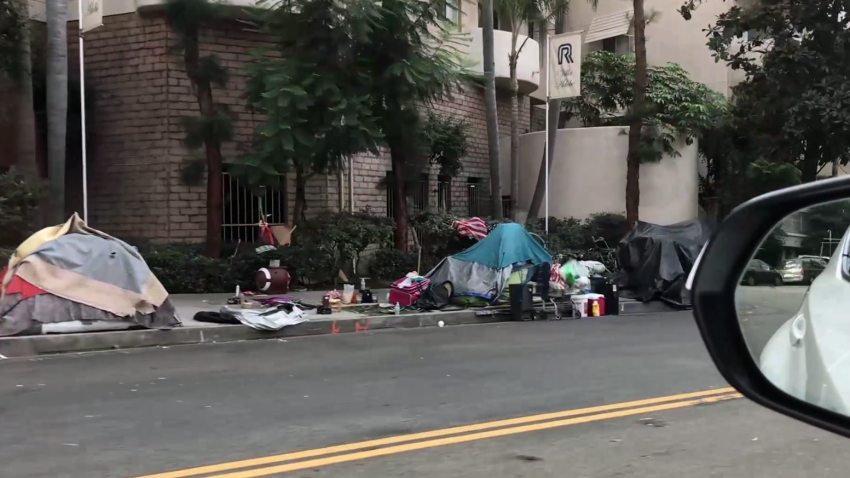