A second tape that purports to show Mel Gibson berating his ex-girlfriend has hit the web, with the Oscar-winner allegedly threatening Oksana Grigorieva with violence twice, while acknowledging that he hit her in the past.

On the eight-minute recording, the man who sounds like the “Braveheart” star becomes increasingly angry and at times out of breath during a profanity-laced argument, allegedly with Grigorieva.

“You need a [expletive] bat in the side of the head,” the man fumes after being told he “needs medication” because he’s “unbalanced.” 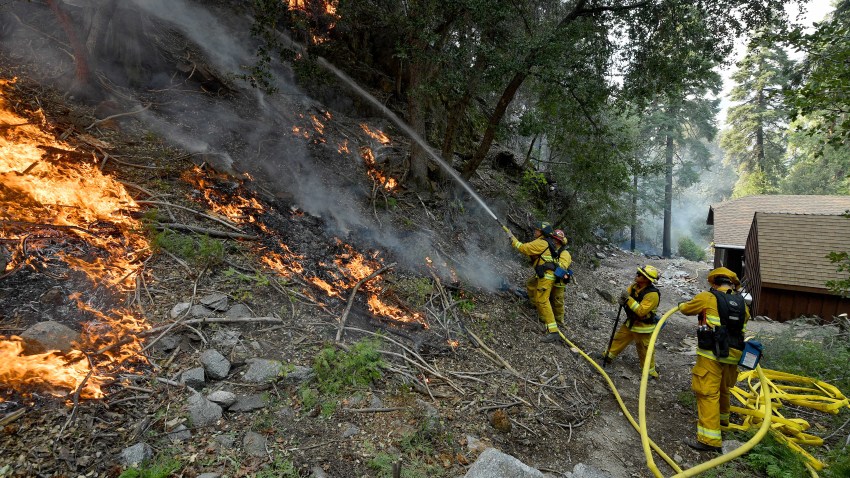 At another point in the tape, the man threatens to bury the woman “in a [expletive] rose garden … Because I’m capable of that.”

NBC has not verified the authenticity of the recording, which RadarOnline posted on Monday.

The gossip website posted another audio excerpt of the Gibson tapes last week, in which the actor allegedly uses the N-word and other derogatory terms while criticizing Grigorieva’s appearance.

On the recording released Monday, the man who sounds like Gibson acknowledges hitting the woman on at least one occasion.

The exchange comes after Grigorieva allegedly says: “What kind of a man is that? Hitting a woman when she’s holding a child in her hands? Breaking her teeth twice in the face! What kind of man is that?”

“Oh, you’re all angry now!” the man shoots back, adopting a mocking tone. “You know what, you [explicative] deserved it.”

In 2009, Gibson left his wife of 29 years and the mother of his six children to be with Grigorieva, 40, a Russian pop singer.

Since their relationship soured in April, the pair has been locked in a custody battle over their 8-month-old daughter.

Los Angeles cops announced they have opened a preliminary investigation into an accusation that Gibson beat up Grigorieva January 6 at the actor's Malibu residence.

Grigorieva recently won a restraining order against Gibson, claiming he punched her and broke her teeth, a charge Gibson has denied.

Gibson's spokesman and Grigorieva's lawyer have not commented on the recordings’ release. Last week the actor was dropped by his longtime talent agency.