The provision is directly aimed at preventing gatherings of sports fans, particularly with the Super Bowl approaching on Feb. 7.

After a two-month shutdown due to surging COVID-19 cases, outdoor dining returned to Los Angeles County Friday but with a new restriction forcing restaurants to turn off or remove all televisions from customer seating areas -- a clear effort to prevent gatherings of sports fans.

The county's revised Health Officer Order also reinstates previous restrictions on outdoor dining: requiring servers to wear masks and face shields, limiting restaurants to 50% of patio capacity, limiting tables to no more than six people from the same household and requiring tables to be at least eight feet apart.

But the order also states: “Televisions or any other screens that are used to broadcast programming must be removed from the area or turned off. This provision is effective until further notice.”

The provision is directly aimed at preventing gatherings of sports fans, particularly with the Super Bowl approaching on Feb. 7. 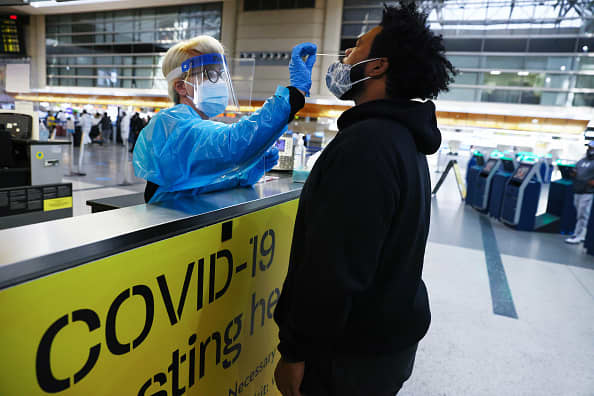 Airlines Push Back on Potential COVID Testing for Domestic Flights 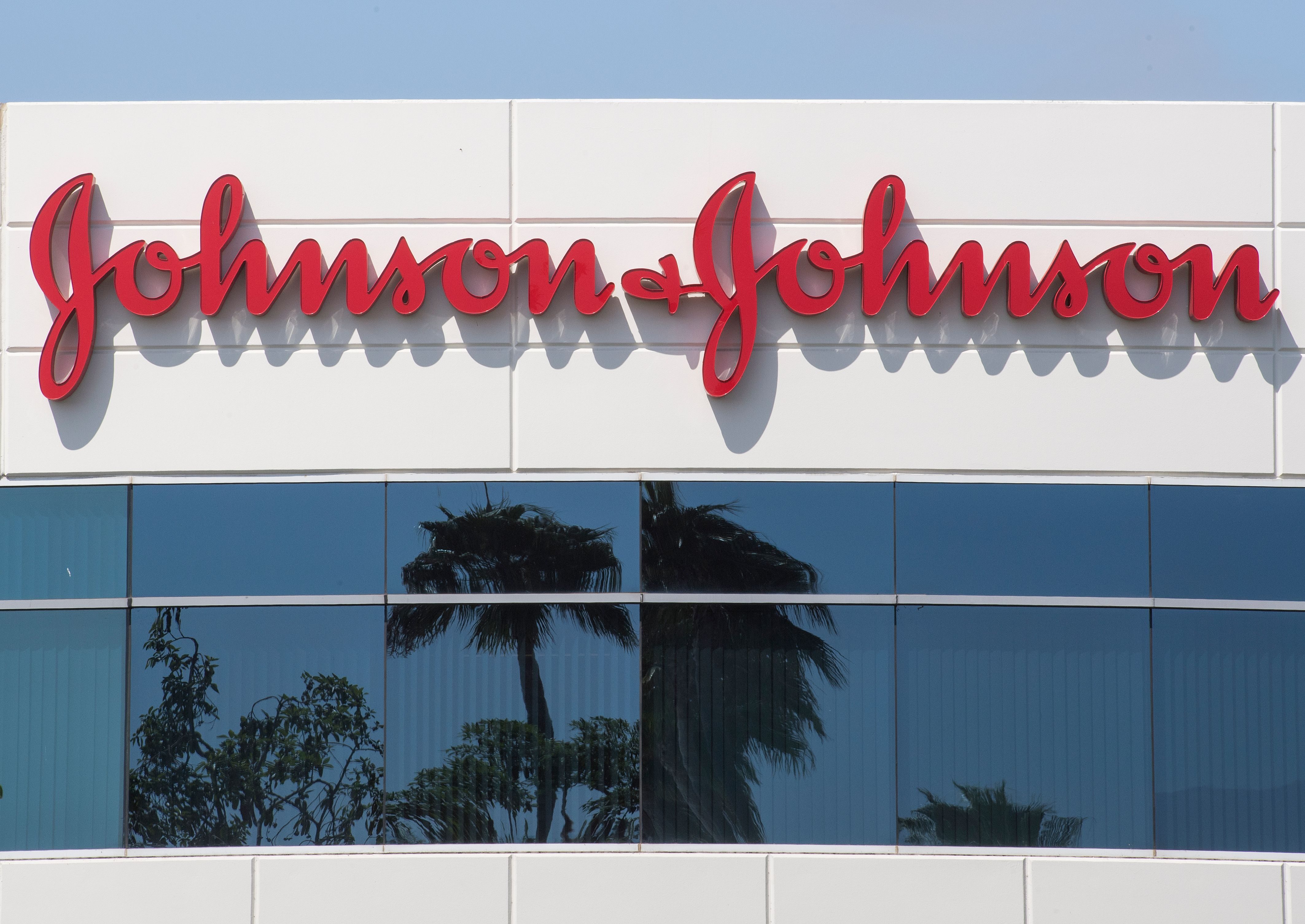 “We really do need to be cautious as we move forward, given we have a major sporting event,” county Health Officer Dr. Muntu Davis said. “We've seen lots of people together shouting, yelling, screaming  during the excitement of a game. We want to make sure that as we do these re-openings we can see the impact, and as we move forward, if things continue to get better we may be able to change some of the restrictions that are there.”

“But right now we have to ease into these re-openings,” he said.

Speaking directly about the upcoming Super Bowl, Davis added: “This should be a virtual get-together, just like many of you celebrated the holidays with just your immediate family present... Make this a virtual event. Play it safe and don't organize a party at home.”

“We know that Super Bowl Sunday is coming up, and we can't repeat the mistakes of the past,” Ferrer said. “It will be tragic if the Super Bowl becomes a super-spreader of coronavirus.”

The new health order limits table seating at restaurant patios to six people, and “all people seated at a table should be members of the same household.”

The bad weather, along with fear of having to be shut down again, have some restaurants waiting to return to outdoor dining. Darsha Philips reported on NBC4 News on Wednesday, Jan. 27, 2021.

The order encourages, but does not mandate, seating to be done by advance reservation. It urges restaurants to ask customers “to call in advance to confirm outdoor seating/serving capacity, where possible.” Restaurants also must collect contact information from customers in case there's a future need to reach out in contact-tracing efforts.

The order also lifts the previous requirement that non-essential retail businesses be closed between 10 p.m. and 5 a.m.

On Monday, following the lifting of the state's regional stay-at-home order, the county immediately cleared personal-service businesses such as barber shops and nail salons to reopen, albeit with strict infection-control requirements.

Restaurants reopened for outdoor service earlier this week in Long Beach and Pasadena, which have their own health departments.

Daily COVID-19 infection numbers have been trending downward over the past two weeks, following a surge that saw the county regularly reporting well over 10,000 cases.

On Friday, the county reported another 7,112 new COVID-19 infections, while Long Beach health officials announced 225 cases and Pasadena added 62, lifting the cumulative total from throughout the pandemic to 1,104,680.

According to figures provided by the state, there were 5,669 people hospitalized in the county due to COVID-19, including 1,498 in intensive care. That was down from 5,855 total patients on Thursday, continuing a downward trend that began in early January when the figure topped 8,000.

Health officials have warned that daily deaths will likely remain high for the rest of the month, even as case numbers and hospital admissions continue to fall. Deaths are considered a lagging indicator, meaning they naturally follow increases in hospitalizations.

While the case numbers have improved, they still remain dramatically high. Dr. Christina Ghaly, the county's health services director, noted this week that while new COVID-19 hospital admissions have dropped to about 500 per day from the recent high of about 700 per day, the current rate is still double that seen in the virus surge that occurred last summer.

Davis on Friday stressed the need for all businesses and residents to adhere strictly to infection-control requirements, saying people shouldn't be lulled into complacency by new economic reopenings.

Outdoor dining reopens in LA County tomorrow, but like Friday night, to-go orders will likely be the go-to as the beginning of several hours of wet weather lasting through Friday begins. Darsha Philips reports for NBC4 News at 11 p.m. on Jan. 28, 2021.

“Nobody wants to see this number going back or the lines going back up in terms of our cases, our hospitalizations or even our deaths,” he said. “We can't relax. Because if we don't take precautions, in two weeks we're going to see cases rise again.”

The county's COVID-19 transmission rate -- reflecting the average number of people a COVID-19 patient infects with the virus -- also continues to decline, estimated Wednesday at 0.85, down from 0.94 last week. Keeping that number below 1.0 is considered critical to slowing the spread of the virus.

Allocations of COVID-19 vaccine continue to lag behind demand, with the county expecting to receive roughly 188,000 doses next week. Many of those, however, will be needed to administer second shots to people who have already received the first dose of the two-dose regimen.

As of the end of last week, the county had received a total of 853,650 doses. It received an estimated 143,900 doses this week, pushing the total to nearly 1 million.

Vaccination appointments can be booked online at vaccinatelacounty.com or by calling 833-530-0473 between 8 a.m. and 8:30 p.m., but appointments at county sites are largely filled through the weekend.

Friday's storm forced the closure of the county's vaccination site at El Sereno Recreation Center. All Friday appointments were rescheduled for Tuesday, according to the Department of Public Health.

The county's chief science officer, Dr. Paul Simon, noted that the county opened about 25,000 vaccination appointment slots on Thursday, and they were filled within two hours. He sympathized with residents struggling to make appointments, expressing hope that the supply of vaccines will improve.

Simon said that most recent figures show a total of 719,138 doses of vaccine have been administered in the county, including nearly 595,000 first doses and more than 124,000 second doses of the two-dose regimen. While a large number, the total represents a fraction of the more than 2 million people currently eligible to get vaccinated in the county: health care workers, long- term care facility residents and people aged 65 and over. Since each person requires two doses, that equates to more than 4 million doses.

Simon acknowledged concerns that have arisen in recent days regarding availability of the second doses, as residents struggle to make appointments. Simon said anyone who gets their first dose at a county or city operated site should immediately be given an appointment for a second dose at the same location. Those who did not will be contacted by email.