PORTLAND, Maine -- With an alarming number of tankers and cargo ships getting hijacked on the high seas, the nation's maritime academies are offering more training to merchant seamen in how to fend off attacks from pirates armed not with cutlasses and flintlocks but automatic weapons and grenade launchers.

Colleges are teaching students to fishtail their vessels at high speed, drive off intruders with high-pressure water hoses and illuminate their decks with floodlights.

Anti-piracy training is not new. Nor are the techniques. But the lessons have taken on new urgency -- and more courses are planned -- because of the record number of attacks worldwide in 2008 by outlaws who seize ships and hold them for ransom.

At the California Maritime Academy in Vallejo, Calif., professor Donna Nincic teaches two courses on piracy. Students learn where the piracy hotspots are and how they have shifted over the years.

hit and run 6 mins ago 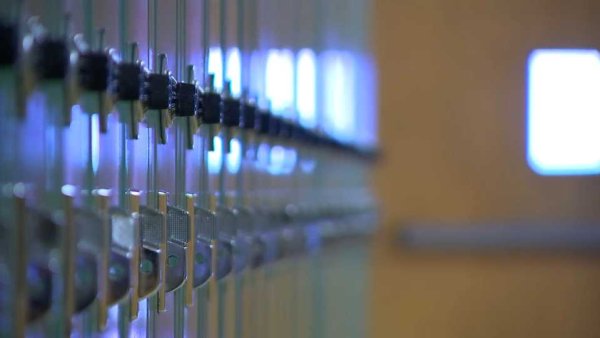 "If I've done anything, I've shown them that this isn't a joke, it's not about parrots and eye patches and Blackbeard and all that," Nincic said. "It's very real and it's a problem without an easy solution."

Emily Rizzo, a student at the Massachusetts Maritime Academy in Buzzards Bay, Mass., worked aboard a 760-foot cargo ship last year as part of her training. As the vessel sailed the Malacca Straits in Southeast Asia, she served on "pirate watches," learned to use hoses and took part in drills with alarms indicating the ship had been boarded.

The training "brought to light just how serious it is," said Rizzo, a 22-year-old senior from Milwaukee. "The pirates can get on board these huge ships and they know what they're doing. It's not like the old days."

The International Maritime Bureau reported 293 piracy incidents in 2008, an increase of 11 percent from the year before. Forty-nine vessels were hijacked, and 889 crew members were taken hostage. Eleven were killed and 21 reported missing and presumed dead, according to the bureau.

Piracy hotspots have been identified off East Africa and in Southeast Asia, South America and the Caribbean.

Typically, small numbers of pirates -- as few as two and up to 15 or 16 -- draw up alongside ships in motorized skiffs and use grappling hooks and rope ladders to clamber aboard. Some of the biggest ships might have no more than two dozen crew members.

Often the pirates are armed with knives and guns. Pirates off the coast of Somalia have taken to firing automatic weapons and rocket-propelled grenades.

In the old days, ships were armed with cannons to guard against pirates. But nowadays, crew members for the most part do not carry guns. And maritime instructors say that arming crews is not the answer.

It is illegal for crews to carry weapons in the territorial waters of many nations, and ship captains are wary of arming crew members for fear of mutinies, Nincic said. Also, some worry that arming crew members would only cause the violence to escalate.

Instead, the best defense is vigilance, Nincic tells students.

"If you demonstrate a culture of awareness, that you look like you know you're in pirate waters and are clearly standing watch, patrolling, etc., the pirates know you're going to be more difficult to board and are possibly going to wait for the next ship and board the one that's easier," she said.

The Maine Maritime Academy in Castine, Maine, is putting together a new anti-piracy course on nonlethal defense for ship crews, said Ralph Pundt, chairman of the school's marine transportation department.

The course would teach how crews can use observation techniques, lights, fire hoses and evasive action. The best way to combat pirates, Pundt said, it to keep them from boarding in the first place.

Michael Durnan, a 42-year-old senior at Cal Maritime, was working on a tanker filled with soybean oil in 2001 when he confronted four pirates standing on the ship's stern in the Bay of Bengal off Bangladesh.

Durnan approached the men with a 2-by-4, but they threw some equipment overboard and then jumped over themselves, escaping into the darkness in small fishing boats.

"They take everything and sell everything," he said. "Anything on a ship can be sold to somebody for something."