Do you hear that stomping along the LA County Fair midway?

A person should expect to encounter all manner of critters upon entering a large-scale county fair.

There are the bunnies, from the wittle babies (and, yes, "wittle" is practically an official term in the realm of baby rabbits) to the Flemish giants, which are probably bigger than your dog back home, or at least as big.

There the wittle piglets, too — "wittle" 100% applies here, if you're curious — and the horses and the cows and the goats. And you'll even see stuffed animals along the midway, of the cartoony sort, but it is a rare, rare day when a dinosaur makes a cameo at a carnival. 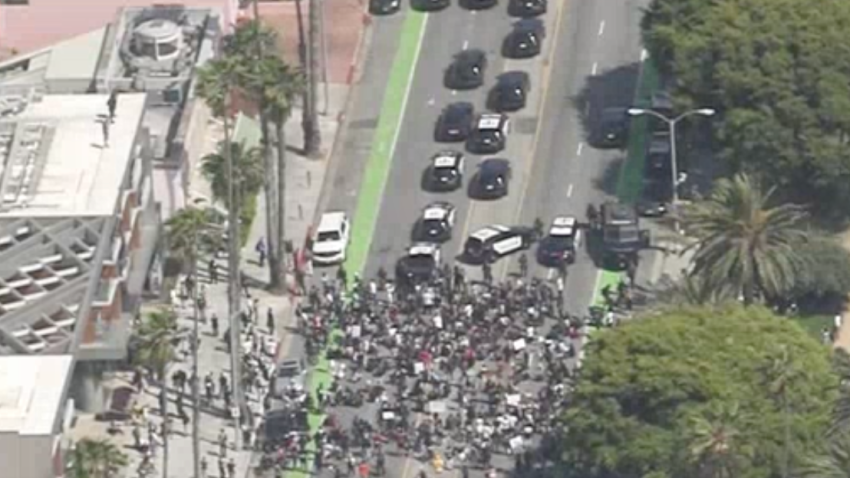 It's the perfect place for the behemoths of old, as the fair is often called "the largest county fair in the country." And, nope, these dinos haven't been stomping around Pomona on their own (having been extinct for several million years, and all). "Jurassic Planet" is a fresh addition to the annual extravaganza, one that includes "a walking tour" as well as "interactive activities."

Might you run into T. Rex there? Oh, you might, so rev up that courage, the kind of courage one doesn't typically need when cooing over a fair piglet or chick.

It turns out 2016 is truly the year of the dinosaur around Los Angeles. Not only has "Dinosaurs: Unextinct at the LA Zoo" been drawing fans of ancient reptiles, but the first-ever Dino Fest at the Natural History Museum is on stompy approach.

"Jurassic Planet" at the LA County Fair further feeds the need for modern-day people to commune safely with the colossal beasts of yore. Of course, if we'd met these beasts in person, eons ago, we might not linger before them as casually as we do nowadays.

Thank goodness for these delightful dino-flavored events, such as the one making for Pomona, and the ability to take in T. Rex and his gnashy pals with a cool, unhurried eye.