Aiden Leos, 6, was in the back seat of a car driven by his mother on the 55 Freeway in Orange when he was struck by a bullet.

The CHP on Thursday released a photo of the possible vehicle suspected of being involved in the fatal shooting of a 6-year-old boy who was riding in his mother's car to kindergarten last Friday on the 55 Freeway in Orange.

The vehicle was occupied by a female driver and male passenger. The vehicle appears to be a white Volkswagen Golf Sportswagen with non-tinted windows, the CHP said.

After the shooting, the suspect vehicle continued northbound SR-55 to eastbound SR-91 towards the city of Riverside. 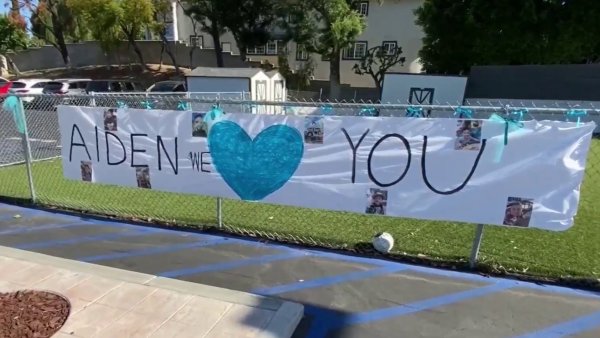 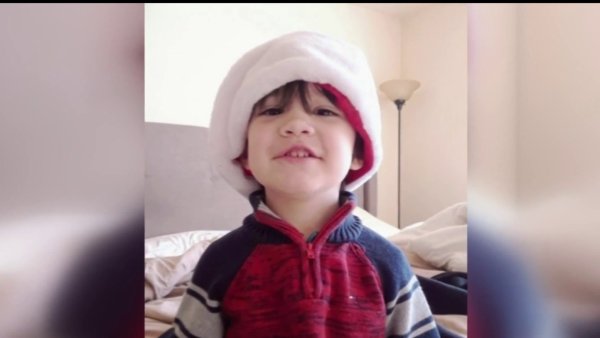 Anyone with information was asked to contact the CHP Santa Ana Area Office at (714) 567-6000 or email santaanachptipline@chp.ca.gov.

The news came as a reward fund grew to $300,000 for information leading to the gunman in the death of 6-year-old Aiden Leos.

The fundraising started with a pledge from Aiden's family. Then two County Supervisors added to the reward. Now the Orange County District Attorney has added more money to the fund in addition to a handful of local business owners.

Alisha Cohen, of Memory Lane Inc., vintage sports cards and collectibles, says she had to do something. She's preparing to auction a baseball card collection that could be worth $20 million.

"This is like the holy grail of modern baseball cards," she said.

Among the rarities this 1933 Goudey Babe Ruth, a one-of-a-kind in its condition.

All of this, says Cohen, has a price tag. But what was lost last Friday does not.

"It was just horrible," she said. "On his way to school … Can’t imagine.

According to his mother, a woman was driving the other car and there was a male passenger. Authorities describe it as road rage.

No one has come forward.

"With the bounty getting so big on this guy's head, where he’s going, doing, thinking," said Billy Skeffington, a driver on the freeway at the time. "I doubt he’s going to turn himself in."

Nothing can prepare a family for the kind of tragedy that happened Friday in Orange County, but a local non-profit is working to help families like that of little Aiden Leos to move forward. John Cádiz Klemack reports for NBC4 News at 11 p.m. on May 23, 2021.

The Villa Park businessman says he was just ahead of the shooting on the 55 when he realized traffic had stopped behind him.

The father of six is dipping into his company’s coffers along with a handful of business friends to add to the reward.

"Gut wrenching," he said. "It was horrible. I don’t understand where common sense has gone."

Cohen says the story hit home for her. She volunteers at Children's Hospital of Orange County which is where little Aiden was taken after the shooting and where he died.

"There were two people in car," she said. "Somebody knows something. They just can't get away with this."