Watch: Camera Captures the Unfortunate Moment When a Parked Van Tumbles Into a Sinkhole

The 1992 Dodge Xplorer parked outside a Crenshaw home fell into the sinkhole after a nearby water main break.

It's a case of being in the wrong parking space at the wrong time.

A home security camera captured the moment Tuesday when a van tumbled into a sinkhole that had opened under its front wheels on a Southern California street.

The ground under the van gave way early Tuesday in a Crenshaw neighborhood after a water main break. Video shows the 1992 Dodge Xplorer, a veteran of many memorable road trips, slowly nose-dive into the sinkhole and roll on its side near Buckingham Road and Obama Boulevard. 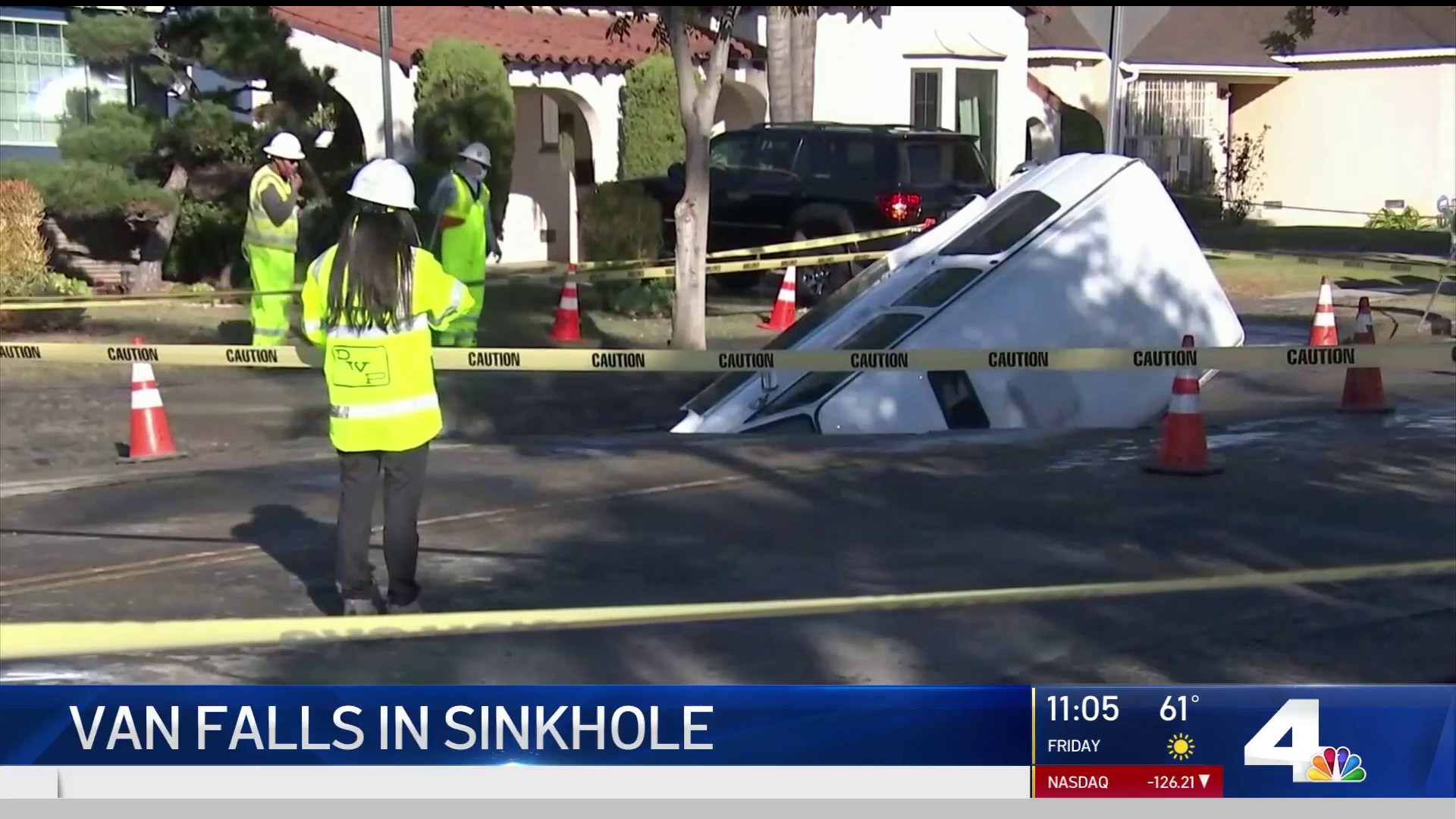 Couple Stunned to See Their Van Halfway in a Sinkhole 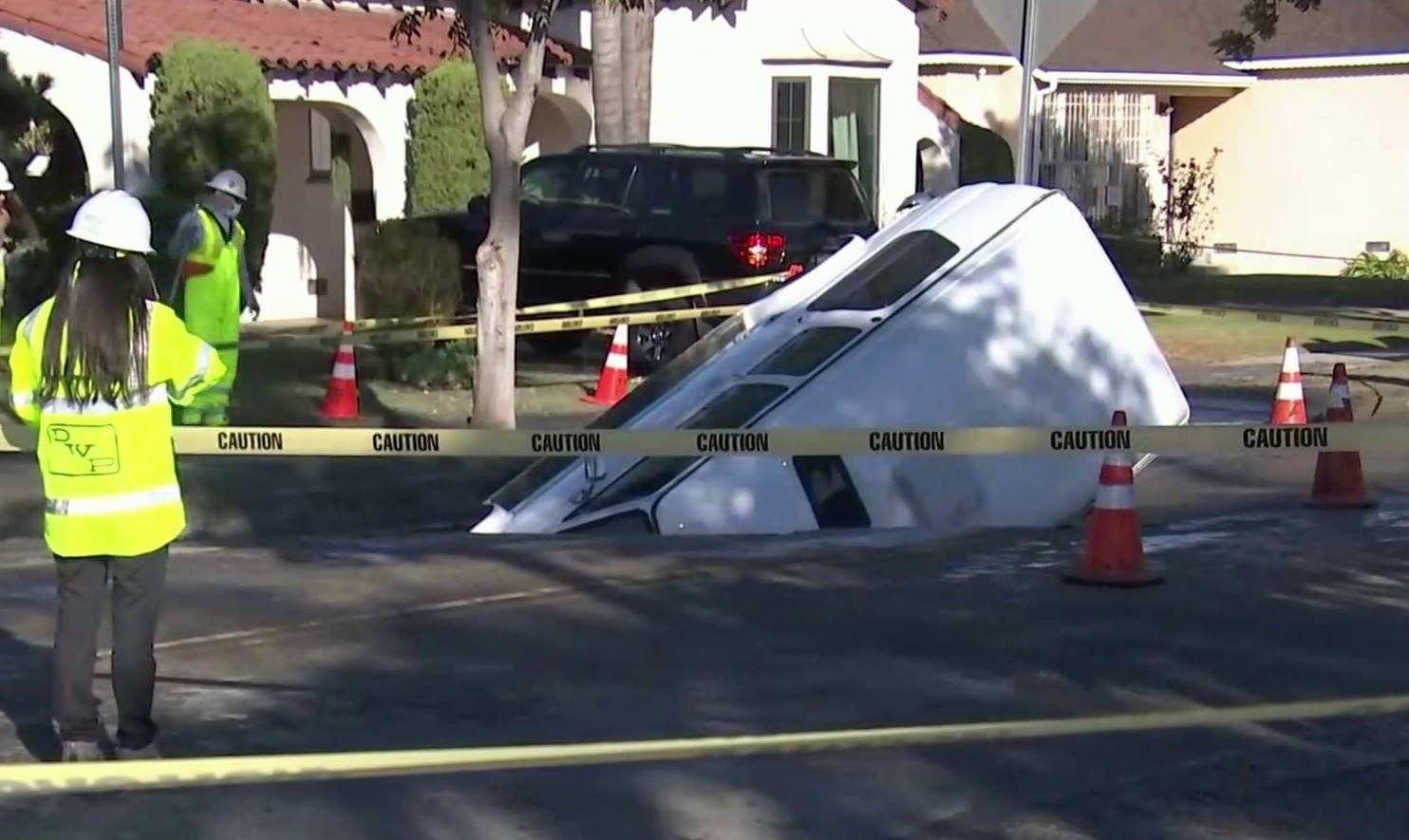 ‘Ginormous' Sinkhole Opens Under Van Parked on a Crenshaw Street

No one was in the van at the time, and no one was injured, but the van has sentimental value for its owners.

"I've been to Vegas in that van. I've been to Arizona in the van... tailgating," said owner Glenn Delaney. "I love the van."

The white van was pulled from the sinkhole Tuesday morning. Delaney said he believes it will be considered a total loss.

About 20 customers were affected by the 8-inch pipe break.

No injuries were reported when the front of a van fell into this sinkhole. Video broadcast Tuesday Nov. 10, 2020.